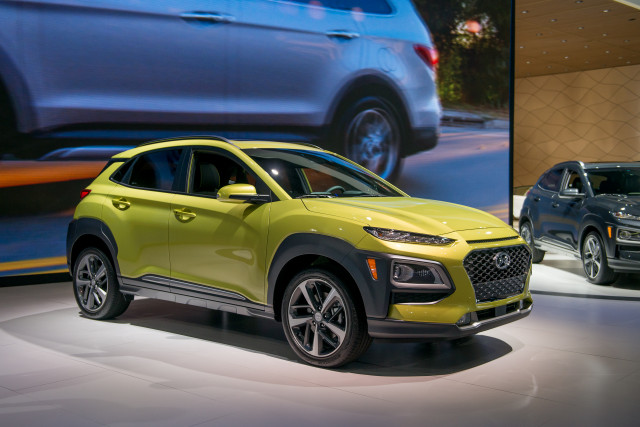 Smaller than the Tucson, the 2018 Kona has expressive and extroverted styling like the Toyota C-HR and the new Nissan Kicks unveiled at the same show just two hours before the newest Hyundai.

Design elements of the "urban smart armor" look that make the Kona stand out include a bold front grille underneath a slot at the front of the hood, rubber wheel-arch accents that wrap around fog lights at the front corners of the car, large alloy wheels, and a raked roof pillar for a sportier.

Inside, a standard floating 7-inch touchscreen gives access to various infotainment controls, while the Kona Ultimate comes with a larger 8-inch color screen.

Hyundai will offer the Kona in four trim levels, with the two upper-level versions getting a more powerful turbocharged engine. Front-wheel drive is standard, but all-wheel drive is an option with both powertrains. 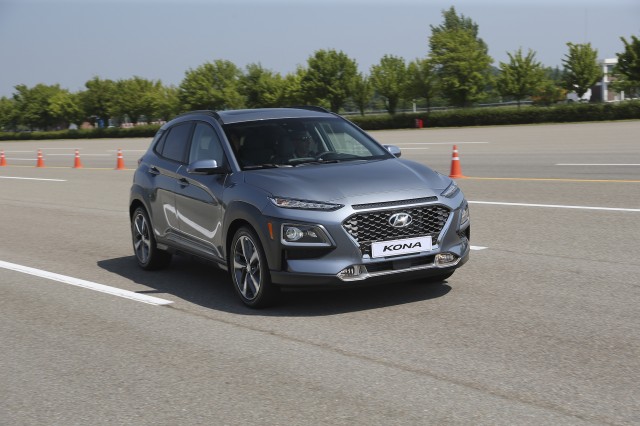 Hyundai hasn't yet released estimated EPA fuel-economy ratings, though with gasoline cheap, they may not be as important to buyers as in past years.

The company says the Kona combines "youthful design" with a "sporty driving character," which generally translates to a suggestion that this is an entry-level vehicle. Those cars 10 years ago were generally small sedans or hatchbacks; now they're small crossover utilities.

Inside, bright yellow accent lines add some flair to what's otherwise a sensible, well laid-out Hyundai interior with intuitive controls, knobs in the right places, and of course the now-mandatory Android Auto and Apple Car Play as standard. 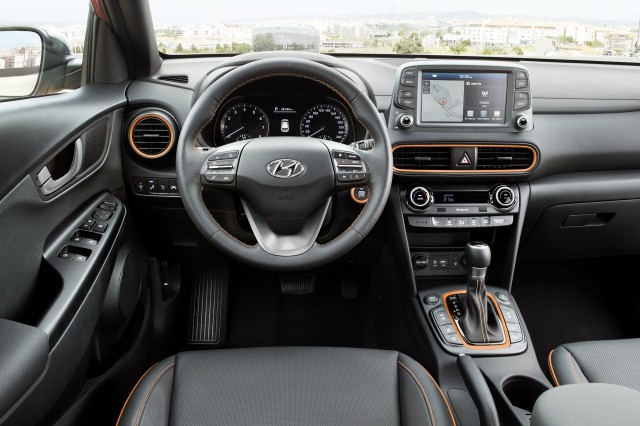 Hyundai says the Kona is its first vehicle built on an entirely new set of underpinnings designed specifically for utility vehicles and others with higher seating positions.

The company has packaged the all-wheel-drive components and exhaust to minimize the intrusion of the tunnel between the seats, and compact transmissions contribute to that expanded interior space as well.

CHECK OUT: Would the Kona be the same if it had the Veloster name?

The 2018 Hyundai Kona will arrive in dealerships between January and March next year.