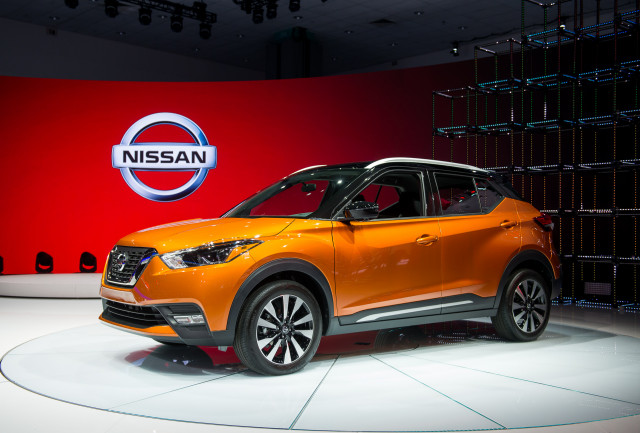 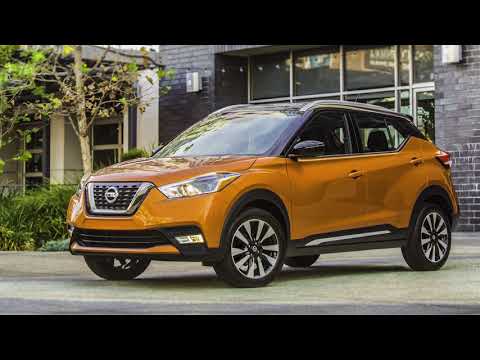 Small is big again. The 2018 Nissan Kicks broke cover Wednesday at the 2017 Los Angeles auto show as the automaker's smallest crossover in the lineup, an entry to replace the aged and outgoing Nissan Juke.

Like the Juke, the Kicks offers plenty of outre style, albeit with a different approach. The Kicks was designed at the automaker's South American studio and has been on sale around the world since 2016. It makes its way to the States to slot in at the smallest end of Nissan's SUV lineup that includes Rogue Sport, Rogue, Murano, Pathfinder, and Armada.

The Kicks will arrive in dealerships in June. Pricing hasn't yet been announced.

MORE: Read our preview of the 2018 Nissan Kicks

The U.S. version of the Kicks will come from Nissan's facility in Mexico equipped only with front-wheel drive and an automatic transmission—all-wheel drive isn't on the menu for now—a signal that the new crossover is meant for mostly urban duty.

The Kicks largely skips the frog-like look from the Juke, but the new crossover is still striking in its own ways. The Kicks takes Nissan's "floating roofline" and V-shaped grille and adds a rising belt line that kicks up toward the rear roof pillar. A handful of options dress up (or dress down) the exterior including 16-inch steel wheels on base versions or an available rear roof spoiler.

Inside, four passengers can climb aboard but with roughly three fewer inches head-to-toe than the Rogue Sport we expect that space may be cramped in the rear for bigger adults. A raft of standard active safety features on the Kicks will keep pace with competitors like the Honda HR-V and Toyota CH-R. Standard on all Kicks trim levels are automatic emergency braking, automatic headlights, and Bluetooth connectivity. A 7.0-inch touchscreen with Apple CarPlay and Android Auto compatibility are standard on SV trims and higher. Blind-spot monitors and a surround-view camera system are optional.

A small 1.6-liter inline-4 that makes 125 horsepower is the only engine available in the Kicks. The relatively low power may mean that Nissan has abandoned the sportier ideas that the Juke once had in favor of affordability and efficiency first. Same goes for the front-strut, twist-beam rear axle suspension combo that may speak to the Kicks' priorities of frugality above fun.

Although fuel-economy estimates aren't official, Nissan says it should manage about 33 mpg combined when it goes on sale next year.

For more from the 2017 Los Angeles Auto Show, head to our dedicated hub.