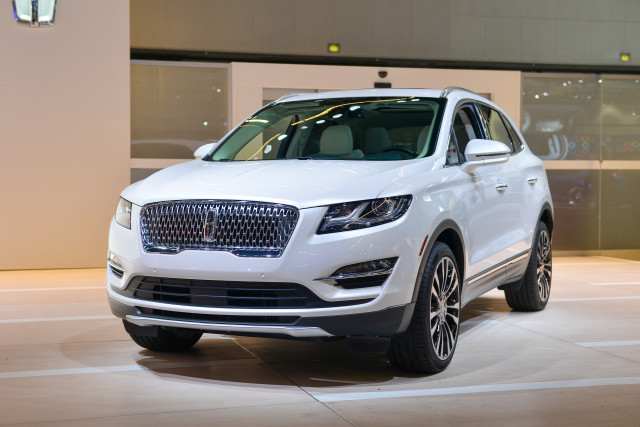 It didn't take long for the Lincoln Navigator's new looks to make its way across the rest of the lineup. The automaker revealed Tuesday, a week before the Los Angeles auto show, its updated 2019 Lincoln MKC, which sports a face cribbed from the larger Navigator and a raft of safety systems to bring the small, luxury crossover SUV in line with the competition. The compact luxury crossover was then revealed to the public in LA.

Lincoln didn't announce how much the new MKC would cost when it arrives at dealers next summer.

MORE: Read our review of the 2018 Lincoln MKC

The new nose is the first from the Navigator to be adapted to one of Lincoln's smaller SUVs. Gone are the awkward winged grilles, which have been replaced by a mesh insert that kicks the nose up slightly to better showcase the LED headlights. Lincoln also has simplified the creases on the hood of the MKC, giving deference to the character line that strides atop the front fenders and pushes out the MKC's shoulders slightly.

Aside from the new nose, the Lincoln sports most of the same fittings as last year's version including a pair of turbo-4s to provide power. A 2.0-liter turbo-4 that makes 245 horsepower is standard, and a 285-hp 2.3-liter turbo-4 (borrowed from the Ford Mustang, thank you very much) is optional. Both are paired to a 6-speed automatic, and all-wheel drive is available on base versions and standard with the higher-output engine. 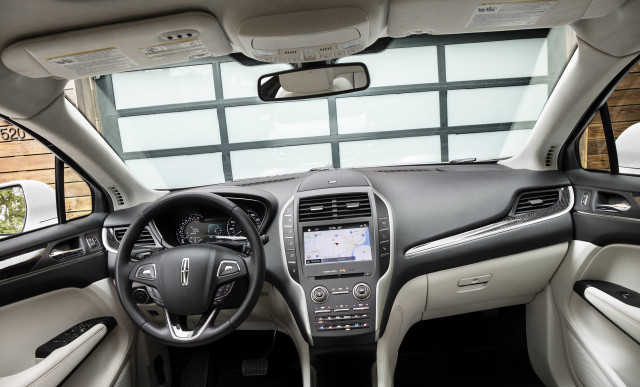 The interior is largely the same as last year, too. Lincoln will offer the same three "Black Label" packages for the 2019 Lincoln MKC as before: Modern Heritage, Indulgence, and Center Stage to well-heeled buyers interested in paying upward of $50,000 for the compact luxury crossover. A dark-colored green interior with black ash accents will be newly available at the Reserve trim level.

The 2019 Lincoln MKC will be available in Premiere, Select, Reserve, and Black Label trims, according to a spokeswoman.

Lincoln is including standard forward collision warning with automatic braking across all trim levels.