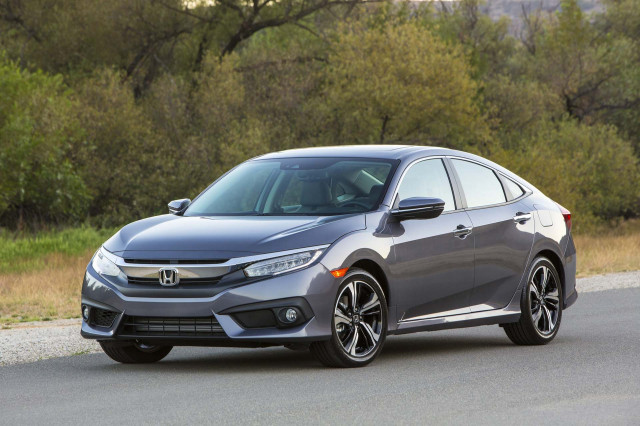 Admittedly, it doesn't entirely feel right for us to call the Civic an economy car any more since it's essentially a scaled-down version of our overall Best Car to Buy 2018, the Honda Accord. Sure, it still checks the boxes in terms of being economical with most versions achieving more than 40 mpg on the highway according to the EPA's test. There's nothing wrong with the base Civic LX at under $20,000, while around $23,000 buys you a Civic EX-T with thrilling turbo power that can stop itself if it detects an impending collision.

MORE: Read all about our Best Car To Buy 2018 awards

The Civic is a reminder that an economy car doesn't have to be a drag. Available as a coupe, a sedan, or a five-door hatchback with decidedly European proportions, the Civic lineup has something for just about everyone. Inside, it defies its low price tag with a full complement of classy interior materials and genuine stretch-out space in both the front and rear seats. Even our tallest editors have found the Civic to pass the "sit behind yourself" test and the supportive front seats deliver all-day comfort whether wrapped in fabric or optional leather.

Add a few options and you'll end up with bucks-up goodies like Apple CarPlay and Android Auto compatibility without breaking the bank. Sure, you can go all-in and spend upward of $27,500 on a Civic Touring, but there's no need. All of our Best Economy Car to Buy 2018's virtues are available for thousands less.

Moreover, there's nothing dull about any version of the Civic. If you need a little more zest, the Civic Sport has a suspension that's more stiffly-tuned yet hardly punishing.

Our advice is to skip the base 2.0-liter inline-4 and step up to the smaller, but more powerful 1.5-liter turbo-4. This sewing machine-smooth engine boasts 174 horsepower and 162 pound-feet of torque while actually earning higher fuel economy ratings than the standard engine. Drive enough and it'll pay for itself in fuel savings—at least that's how we'd justify it. That advice doesn't exactly work with the sportier Civic Si and Civic Type R—not that we'd talk you out of one of those, either. Our sister site Motor Authority wouldn't have named the Civic Type R the Best Car to Buy 2018, after all.

And driving a Civic is something you'll want to do. Its steering is linear and crisp and its ride quality bests luxury-badged cars sold at twice or thrice the price.