South Korea builds its own experimental town for self-driving cars 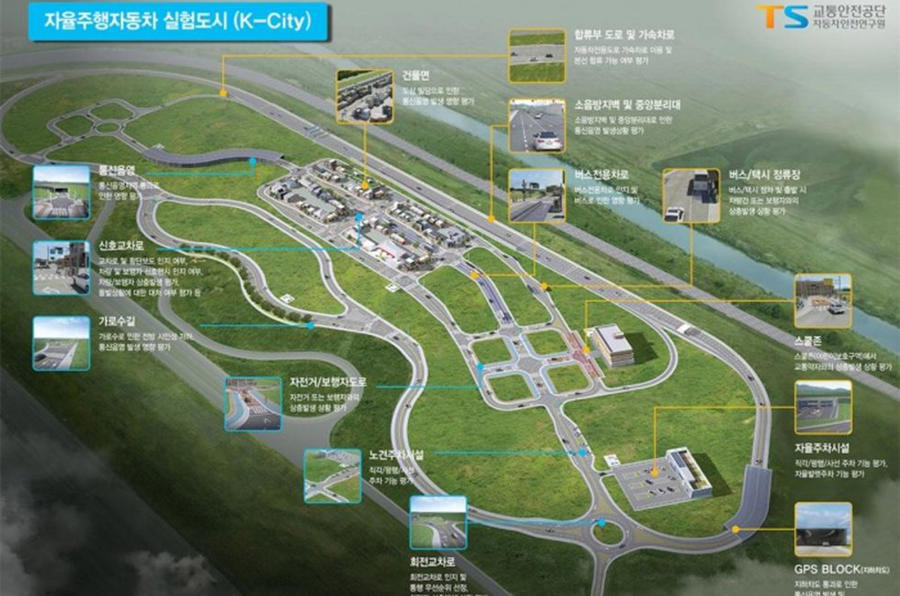 Just weeks before South Korea hosts the world’s first motor show centered on self-driving cars, has opened its own city, developed purely for testing driverless vehicles. The ministry of Land, Infrastructure and Transport announced the partial opening of what is being dubbed “K-City,” a, $10 million simulated town designed to emulate real-world environments.

The state of the art facility joins Waymo’s Castle in California and Michigan’s MCity on the list of the world’s premier self-driving development test beds. At 88 acres, only Waymo’s 91-acre facility is larger.

Currently, only the highway portions of K-City—with four lanes in both directions—are complete, with the rest of the project slated to open by late 2018. When the construction dust settles, K-City will feature a downtown area, suburban outposts and rural areas. Each section will feature unique obstacles for self-driving vehicles to negotiate, including crosswalks, potholes, construction areas, rail crossings, and toll gates.

The city is in line with South Korean efforts to position itself as a leader in the world of self-driving technologies. Earlier this year, the transport minister, Kim Hyun-mi included self-driving cars on the list of things for which she wanted to lower regulatory hurdles.

The ultimate aim for Korean officials is to get Level 3 autonomous cars—where the car drives itself but a “driver” must still sit behind the steering wheel as a backup—onto the market by 2020.