Self-driving shuttle to hustle public around in Las Vegas 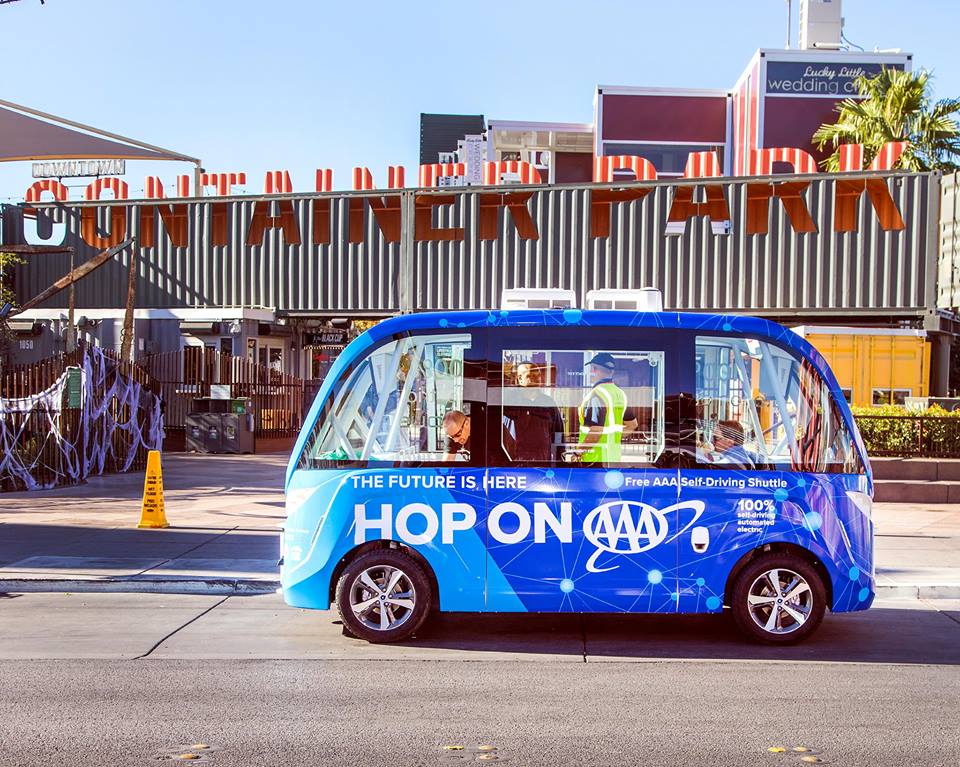 A Navya shuttle in Las Vegas operated in partnership with AAA.

Revelers in Las Vegas have a new attraction to experience: the first self-driving shuttle open to the public launched Wednesday.

The shuttle is part of a partnership that includes AAA, which introduced the autonomous bus on a half-mile loop as part of a year-long pilot program that aims to give a quarter million people their first taste of self-driving technology.

Said AAA Nevada’s public affairs manager, John Moreno, “We know the general public is skeptical of new technology, but hopefully this will build some excitement for what the future of transportation could look like.”

The shuttle itself is built by French firm Navya, and will operate on public roads alongside normal traffic. While it operates with a high degree of autonomy, with no pedals or steering wheel to be found, there will still be an attendant on board to ensure everything goes smoothly.

Like many other self-driving prototypes, the shuttle features an array of cameras, sensors and other systems, but it will also communicate with specially-modified traffic signals as it drives along at a pedestrian 10-15 mph. It’s powered by a 15 kW electric motor, and theoretically can reach a top speed of 28 mph.

According to Moreno, the experience will provide valuable data to both AAA and the state of Nevada about both the needs of self-driving vehicles and how both passengers and fellow motorists interact with them.

“There’s no crystal ball here at AAA,” he said. “But, the world is definitely preparing for what autonomous vehicles will mean, and AAA is no different.”