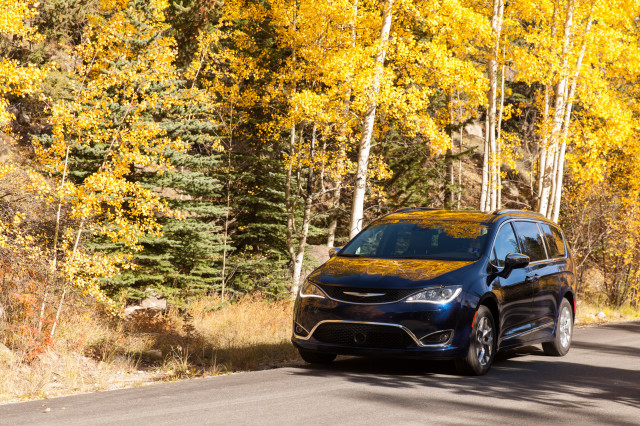 Soon, we'll crown a new winner of our annual Best Car to Buy award. It will join an elite list of vehicles we have picked over the last few years for previous iterations of the award, which we bestow on the new car that we think best meets the needs of mainstream consumers.

Unlike sister sites Green Car Reports and Motor Authority, at The Car Connection we look at cars aimed at everyone. The winner needs to be capable of hauling an entire family, or even just a couple of people, from point A to point B in comfort. It needs to be a good value and it needs to be at least fairly fuel thrifty. We also take into account the vehicle's available safety features and its crash test ratings.

But there's more to it than crunching the numbers. Collectively, our staff will have spent hundreds, if not thousands, of miles behind the wheel of each nominee—especially the winner.

Perhaps most importantly, we have to really like the vehicle that ultimately triumphs as our Best Car to Buy 2018. It needs to be something we like the look and feel of, inside and out, and it needs to put a smile on our faces while we drive it.

In short, it needs to be something we could all see ourselves spending our own money on.

And previous winners of our award have met the same criteria. Here's a walk down memory lane at what cars have won since the award's inception.

Reminding us that the minivan isn't dead—if anything, it's becoming the "thinking family's hauler"—the 2017 Chrysler Pacifica easily won us over. Its flexibility was unmatched by anything else on our nominee list. Between two rows of seats that fold into the floor to create a completely flat load space at the tug of a lever or two, a high-class interior with lots of standard and optional technology, and a strong V-6 engine, the Pacifica checked off all our boxes.

Later in the model year, a hybrid version arrived. Factoring in a federal rebate, the hybrid's actually cheaper—and thriftier—than the standard model, although it lost the Stow 'n Go second row that tucked into the cargo floor.

The Pacifica won't reboot the minivan segment on its own as buyers increasingly flock to less useful crossovers, but those in the know certainly get it. 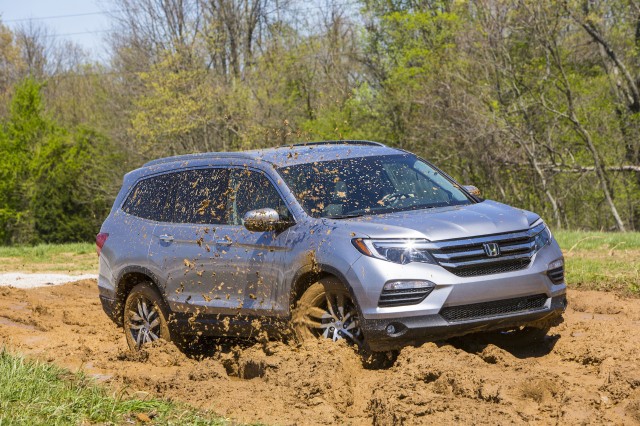 In 2016, Honda rather shocked us with its third-generation Pilot. While its predecessor was surprisingly trucky, the new-for-2016 Pilot arrived with slick styling and road manners to match. In typical Honda fashion, it made leaps and bounds inside, where it really counts, gaining a far more versatile interior with genuinely good space afforded for every passenger.

Moreover, it's surprisingly good to drive. We called it  "suave, slick, with great utility and safety to boot" last year, and the same holds true 12 months later.

Competition only gets more fierce among three-row crossovers, but the Pilot remains a standout. 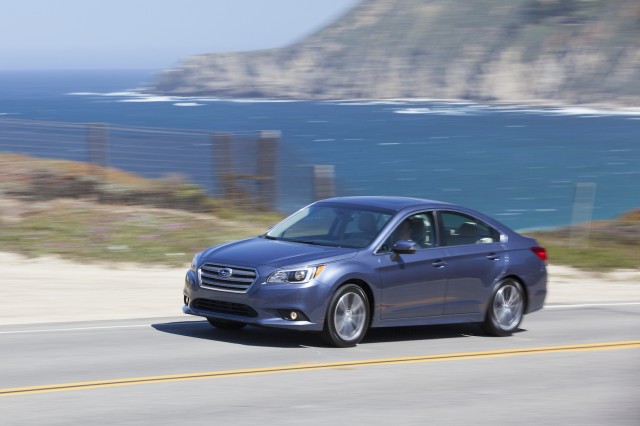 Displacing even its Subaru Outback sibling, the mid-size Legacy won the 2015 award for a variety of reasons. It's as polished to drive as any rival, and it comes standard with all-wheel drive. Unlike its predecessor, the latest Legacy is even downright plush and luxurious inside.

We had an especially competitive pool of rivals for the 2015 award, but it was the Legacy's outstanding value helped it: "It’s the value factor that really nudges the Legacy ahead of every other contender," we reported.

Today, the Legacy retains those solid virtues and remains desirable in the mid-size sedan class. 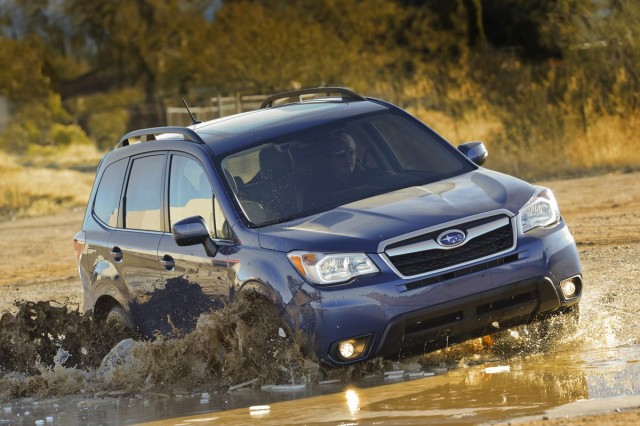 With its wide range of trim levels, two powertrains, standard all-wheel drive, and stellar outward visibility, the Subaru Forester was an easy choice as the Best Car to Buy 2014. We liked its base 4-cylinder engine as much as the zippy turbo unit in the Forester XT, and we were especially appreciative of its move toward the mainstream.

"It's no longer an oddball niche wagon; instead it's a fully sorted, thoughtfully designed vehicle in nearly every respect, looking beyond the crowd that dons Tevas and fleeces and incorporates a carabiner in their daily commute gear," we said.

Rivals have brought fresher designs to the segment, but the Forester was just given a thorough nip-and-tuck for 2017, and it is still the most fuel-thrifty all-wheel drive model in its class. 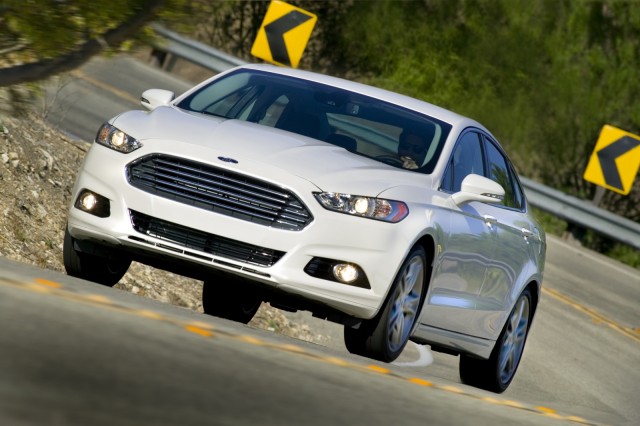 Aston Martin-like styling wasn't the only thing that attracted us to the Ford Fusion a few years back. Making its predecessor look like the humble choice that it really was, the redesigned Fusion brought some much-needed style and a wide range of engine options to the mid-size sedan segment. Not only that, but it was entertaining to drive and comfortable on the freeway.

"There's nothing exotic on its spec sheet, but the Fusion steers briskly, rides firmly, and barely conceals the European-engineered sport sedan hiding behind its American nameplate," we said.

Today, the Fusion is starting to feel a little long-in-the-tooth up against more recently redesigned rivals, but it's still a looker. And a new Fusion Sport with a twin-turbo V-6 has infused (pardon the pun) this model with some more excitement, keeping it relevant before its next redesign. 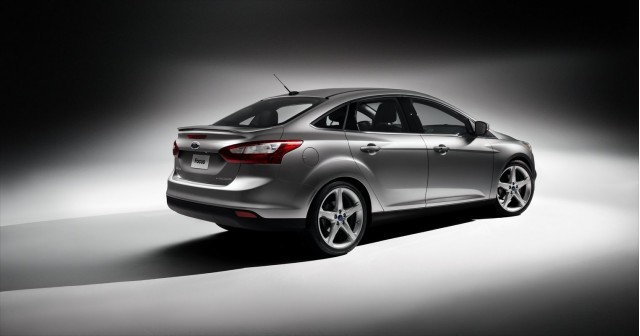 Ford reached into its European market portfolio for the 2012 winner, too, with its all-new Ford Focus. After being short-changed a Focus redesign (its predecessor dated back to the late 1990s), we found a Focus that was totally worth the wait. Available as a sedan or a five-door, the Focus proved to be a hoot to drive and it offered a lot of small car for the money. Suddenly, everything else in its class felt, well, outclassed.

"Even in a day where dull, droning econoboxes are the exception rather than the rule, the 2012 Focus grabs attention, both for the way it looks and for the way it handles," we said back then.

The Focus hasn't changed as much as it probably should have over the last five model years, but one bright point is the new-for-2017 Focus RS. With its big turbo-4 and standard all-wheel drive, it's basically a rally car for the street. That's not all that relevant for the average consumer, but it certainly keeps enthusiasts happy. We know a new Focus is on the horizon and we're optimistic that it will wow us as much as the last one. 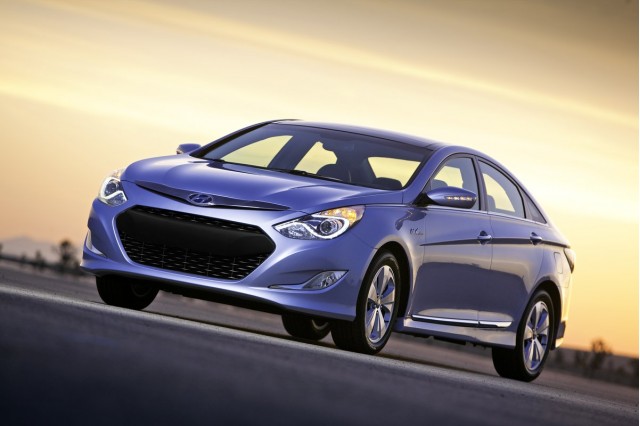 Few cars have wowed the auto industry in recent years quite like the Hyundai Sonata. Going from dull to stop-and-stare in just a single generation, the Sonata is the model that really ushered Hyundai into the mainstream. Every Hyundai since owes its success to the 2011 Sonata. We loved its lineup that included naturally-aspirated and turbocharged 4-cylinders, as well as a thrifty hybrid, which helped us award it top honors in our inaugural

"That it does so at a base price of $19,995 is a testament to the thorough transformation it's undergone--in moving to a U.S. assembly site, in adopting a vivid and memorable new styling theme, and in delivering top-notch safety and a full list of standard features, right out of the box."

A new Sonata arrived in 2015, and while it's more refined, it's also more subdued. We like it, even if we're not quite as enamored with it as we were back in 2011.