Car ownership on decline in Japan, but what does that mean for American drivers? 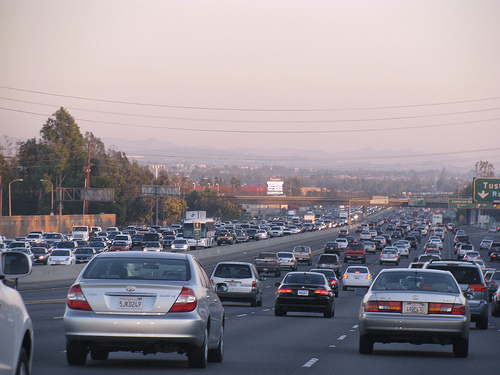 Japan may be one of the largest new car producers and consumers, but vehicle ownership—and apparently interest in driving—is on the decline.

According to Japan’s Automobile Inspection and Registration Information Association, car ownership in the island nation is now at its lowest point in nearly 20 years. On average, Japanese households own 1.06 cars, down from 1.12 in 2006.

Rates of those holding an active driver’s license is falling, too, with just 79.9 percent of men and 72.2 percent of women between the ages of 20 and 24 legal to drive. Those numbers were at 87.8 percent and 77.3 percent, respectively, in 2001. Meanwhile, 82.5 percent of males between 70 and 74 years of age still hold an active license.

With a fair amount of evidence that car ownership may soon decline Stateside, Japanese car ownership provides some interesting comparisons — and also quite a few contrasts — to American car ownership.

Among the similarities is a decline in densely populated urban areas. Tokyo boasts just 0.45 cars per household, which is roughly on par with New York City, according to a University of Michigan study. While NYC recently made headlines for its sheer number of ride-sharing patrons, companies like Uber face stringent regulations that restrict their potential in Tokyo. In other words, ride-sharing isn’t a likely impact on the decision to own a car.

Rather, it’s most likely a combination of efficient public transit reducing the need for personal transportation — Japan’s rail system is legendary for its clockwork-like consistency — and a cultural and generational gap in perceived perception of prestige when it comes to automobiles.

A few years ago, a Japanese study demonstrated that not only was age a factor in the desire to own a vehicle, but location as well. In Aichi prefecture — home to Toyota — cars remain in strong demand, a stark contrast to Tokyo’s decline.

That pattern of vehicular desirability versus densely-crowded cities continues perfectly in the U.S., with areas like Los Angeles and Dallas hovering at around two vehicles per household, with as little as one percent of households not owning a car, contrasting New York much like smaller Japanese cities contrast Tokyo.

Overall, while Americans aren’t giving up driving anytime soon, the Japanese findings give credence to the theory that while densely-populated urban areas will migrate away from car ownership and toward mass-transit and car-sharing, cities already leaning toward suburban sprawl will lean even more heavily on car ownership in the years to come.