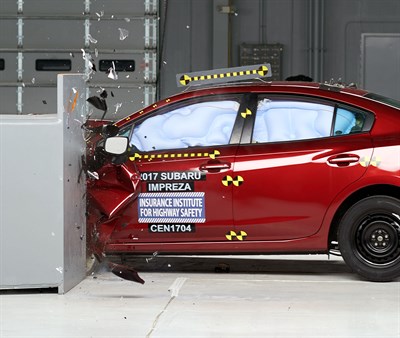 Analysts for Edmunds have conducted a sweeping study entitled “The Current State of the Autonomous Car,” and it sheds quite a bit of light on just how quickly the automotive industry—and its consumers—are hurtling down the path toward self-driving vehicles.

MORE: The safest 2017 cars you can buy, according to the IIHS

The primary takeaway: an exponential rise in active safety features over the past few years is critical not just in terms of technology they represent, but for the psychological role they have in establishing trust with drivers. Perhaps unsurprisingly, the rise in acceptance of features by the masses corresponds with a rise in the number of mass-market vehicles that have them.

The study points to availability of active safety features on over 60 percent of new cars, compared to less than a quarter just five years ago, as evidence that drivers are getting more and more accustomed to the idea of letting their vehicle be responsible for key safety backup roles. Nearly perfectly in-line with that, 58 percent of those surveyed said they would be willing to pay over $1,000 extra for active safety features on their next car purchase.

By far the most popular of the features currently on the market is blind-spot detection, with 61 percent of respondents stating that they would pay extra to have a reassuring light on their exterior mirrors. Pre-collision systems are second, with just over half willing to shell out for a warning ahead of a potential collision, while lane departure warnings, adaptive cruise control, and automatic parking rounded out the top five—each ranking above the 24 percent who wouldn’t pay extra for any of them.

The study concludes by asking respondents if they would feel safe in a vehicle that drives itself, but requires a driver who is able to override the system—a Level 4 autonomous vehicle, in other words. Two-thirds of millennials responded in the affirmative, slightly ahead of the 34-44 demographic. Those above the age of 55 were just as unified, but against the idea of trusting a self-driving car.

When asked when they might be willing to purchase such a vehicle, just 16 percent of millennials said “never,” and in no age group did more than half outright reject the idea, though the timeframe of consideration shifted considerably with age.