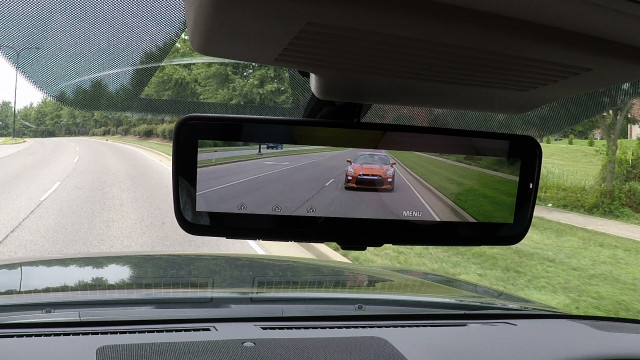 When the 2018 Nissan Armada hits dealerships this fall, it will come with an LCD screen-equipped “Intelligent Rear View Mirror” connected to a camera that’s designed to improve the driver’s field of view.

While Nissan isn’t the first to offer such technology—General Motors offers similar mirrors on select Cadillac models—the I-RVM has several unique features that distinguish it.

It functions as a regular mirror, and can be activated by a button on the mirror itself, roughly similar to current mirrors’ dimming modes. Turn the camera on, though, and the screen displays the world behind you in a 4:1 aspect ratio, for which Nissan had to design a brand new camera to maintain a high resolution image. 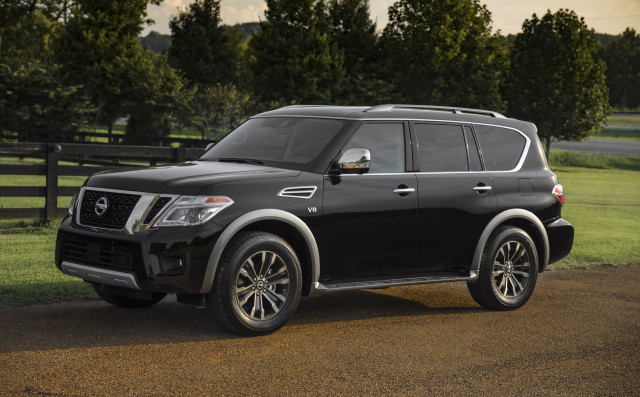 When activated, the screen enables a wider viewing angle than the mirror alone. Because the camera is in the rear of the vehicle, obstructions in the car, such as children, headrests, or boxes, no longer impede the driver’s rearward line of sight. Crucially, the camera’s processing software automatically adjusts the image in the event of bright light, reducing glare caused by headlights, or during dawn and dusk.

Unlike other electronically-aided mirrors, though, this one can be used as both a mirror and a camera at the same time. Nissan’s engineers carefully integrated the screen and the mirror to reduce the effects of what’s known as image overlap—seeing the ghost of one image transposed over another.

As a result, the two images are seamlessly integrated, so drivers won’t have to choose between the safer, more complete view of the traffic behind them, and keeping a watchful eye on their children.