SkyNet turns 20 today, and pizza delivery drivers are being replaced by self-driving cars 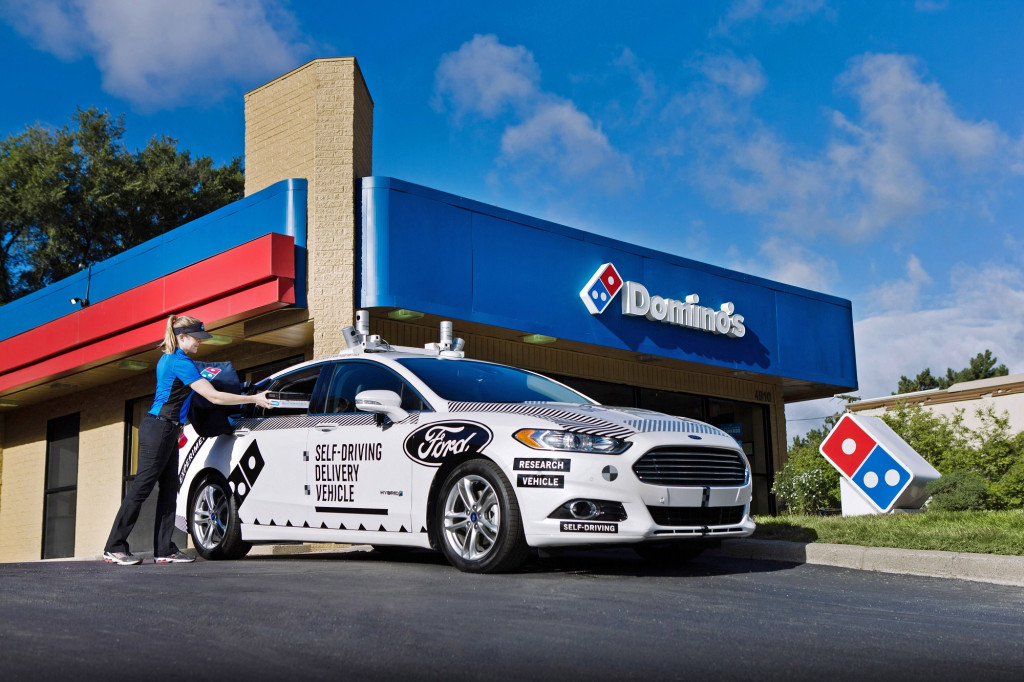 Ford and Domino's deliver pizzas with self driving vehicles

In the Terminator movie franchise, the ruthless, human-slaughtering artificial intelligence software known as SkyNet became self-aware on August 29, 1997. Here in the real world, 20 years later, the earth isn't a debris-strewn battlefield (yet), but make no mistake: AI has evolved, and it's serving a very sinister purpose.

It's powering self-driving cars capable of delivering Domino's pizzas. Which proves once again that the bold, beneficent promise of new technology can always be subverted to serve our basest interests--with a side of dipping sauce, please.

Self-driving pizza delivery isn't a thing coast-to-coast (yet), but if the current program being piloted by Ford and Domino's proves successful, your friendly neighborhood delivery driver could soon be working for Uber Lyft someone else.

The program is debuting in Ann Arbor, Michigan. According to Ford:

"Over the next several weeks, randomly-selected Domino’s customers in Ann Arbor will have the opportunity to receive their delivery order from a Ford Fusion Hybrid Autonomous Research Vehicle, which will be manually-driven by a Ford safety engineer and staffed with researchers. Customers who agree to participate will be able to track the delivery vehicle through GPS using an upgraded version of Domino’s Tracker®. They will also receive text messages as the self-driving vehicle approaches that will guide them on how to retrieve their pizza using a unique code to unlock the Domino’s Heatwave Compartment™ inside the vehicle."

What Ford and Domino's both want to know is how customers will react to the self-driving cars. At first, the novelty will probably be enough to keep pizza enthusiasts from turning crusty, but after that wears off, the real questions arise: will consumers be willing to step outside in their underwear and haul a pizza out of a car with their own hands? Will pizza still taste as good when it hasn't been dropped countless times? What will consumers do with the money they save by not having to leave tips?

Questions that Ford and Domino's might not be so keen to address are: what happens to the many, many people who deliver pizzas for a living? And most importantly: what sort of godforsaken effects will this technology have on the plots of adult films?

Mark this day in your Livejournals, everyone, for today is the day that everything changed.