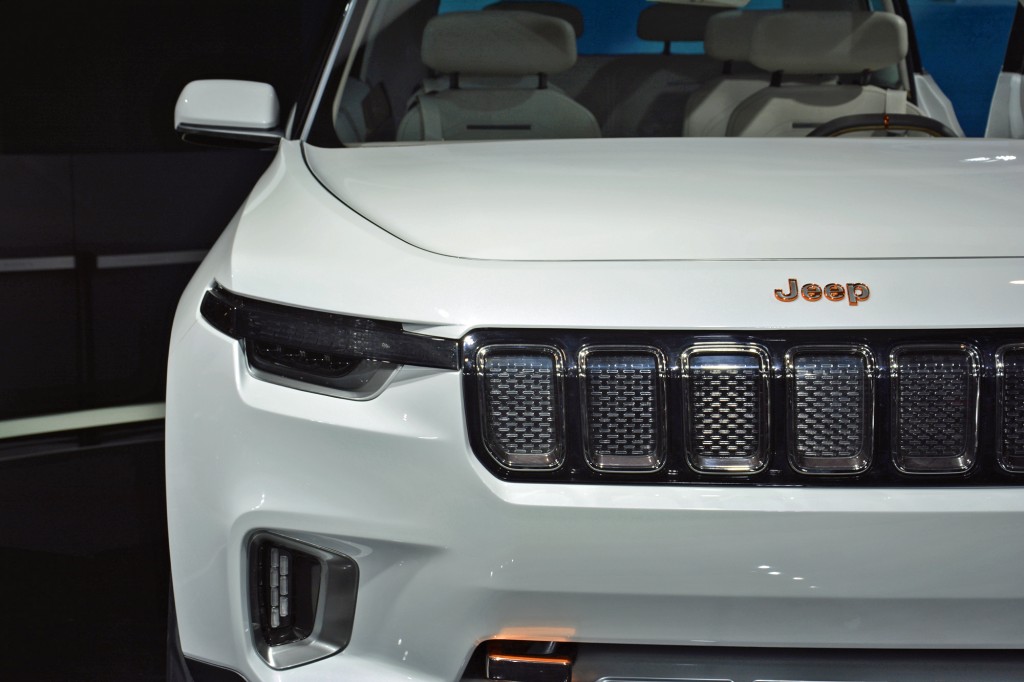 A week ago, we learned that Chinese automaker Great Wall is very, very interested in purchasing Jeep from Fiat Chrysler Automobiles. If Great Wall were to make a formal offer, there are perfectly good reasons that FCA might accept it (e.g. moolah) or reject it (e.g. more moolah from another company, image problems).

But there's another issue to consider here, something that could make the question of whether FCA might ditch its best-performing brand totally irrelevant: would the U.S. government even allow FCA to sell Jeep to Great Wall in the first place?

It's a complicated question with plenty of issues to weigh--issues that could have a serious impact on any potential sales proposal.

What's the U.S. government's interest in controlling mergers and acquisitions?

Among many other responsibilities, the federal government is tasked with keeping American citizens safe. Any business deal that might pose a threat to national security requires scrutiny from federal agencies.

Obviously, sales of military items and technology are the most closely reviewed, since they pose the most immediate risk to the safety of Americans here and abroad. However, other items are just as important to the stability of daily life.

Consider, for example, the Department of Homeland Security, which has identified a number of manufacturing sectors that are "crucial to the economic prosperity and continuity of the United States." On that list are sectors that produce transportation equipment like cars, delivery trucks, and ships, as well as those that manufacture engines and metal.

Without a steady supply of such products, companies would have a harder time doing business, many would shutter, and the U.S economy would falter. The U.S. prioritizes a degree of independence in the manufacturing sector to ensure that those sorts of things don't happen.

And it's worth noting that the DHS is just one of several agencies that have a say in determining whether a deal between a U.S. company and a foreign entity pose a threat to national security.

What can the government do in cases where problems are identified?

When it comes to national security and foreign investment, the laws are written pretty broadly to give federal agencies and the U.S. president latitude to respond as they see fit. Any number of agencies can ask to review the details of a deal and the potential impacts it might have on security, the economy, and other areas.

If any problems are spotted, officials can block the deal outright, or they might propose changes to ensure that existing standards are met. There are also provisions that allow agencies like the Committee on Foreign Investment to undo a deal after it's been signed.

Would those interests and rights apply here?

The short answer is: absolutely.

You might not think of Jeep as essential to national security or the U.S. economy--and in fairness, even if Jeep shifted to China, there would still be plenty of vehicles for Americans to buy.

However, an automaker is far more than the cars in a given showroom. Car companies develop loads of intellectual property--property that could cause serious problems if it fell into the wrong hands.

In a worst-case scenario, consider the hacking of a Jeep Cherokee that took place two years ago. That hacking was made possible by a glitch in Chrysler's Uconnect infotainment system. Two days after the story broke, FCA recalled 1.4 million vehicles to fix the problem.

But what if Jeep had been owned by Great Wall? And what if the loophole in the Uconnect code hadn't been discovered? What if hackers or even Great Wall itself began exploiting that hole--maybe not for any life-threatening purpose, like running vehicles off the road, but simply to gather user data (as the AccuWeather app has been doing lately)? That data could give foreign businesses an advantage in the U.S. market.

On a slightly less sinister note, any company that buys Jeep would have access to loads of proprietary technology, from self-driving software to powertrains. Great Wall might be able to exploit or sell that technology to other parties, which could also put U.S. automakers at a disadvantage. (The same sorts of concerns weighed heavily in Ford's sale of Volvo to Geely eight years ago.)

All of these concerns are somewhat heightened under the current administration, which has advocated policies of economic nationalism. Anything that poses a threat to the American economy is going to be scrutinized much closer right now, and that goes double for deals involving companies based in China, which has been accused of unfair trade practices.

If the FCA/Jeep/Great Wall deal is formally proposed, it might even be held hostage as a negotiating chip in the administration's efforts to get China to rein in North Korea's inflammatory, hawkish rhetoric.

There's no doubt that Fiat Chrysler is hurting right now. While many automakers are losing money as the U.S. car market stalls, FCA has it worse than most, with year-to-date sales off 7.5 percent. (For reference, Ford is down 4.3 percent and GM is off 3.9 percent.)

But while a quick payout might be attractive to FCA and its right-swiping CEO, Sergio Marchionne, it seems unlikely that he'd sell off Jeep, which, along with Ram, accounts for most of FCA's profits.

Doing so would be a huge gamble with few prospects for a payoff. Not only would FCA lose one of its cash cows, it would also lose one of its most respected brands, one that many consumers feel very, very passionately about.

To make things worse, there's a fair bit of anti-China sentiment among segments of the U.S. population, not to mention plenty of concerns about the quality of Chinese goods. Selling Jeep to any company would likely result in a backlash against FCA, but selling it to a Chinese automaker would be an especially bitter pill for many Americans to swallow.

For these reasons and those outlined above, we have a strong hunch that FCA won't actually sell Jeep to Great Wall. However, it could let discussions continue for a while, just to rev up interest among other potential buyers--buyers that might be more palatable to the federal government and to U.S. consumers.