PSA: Please don't put your feet up on the dashboard 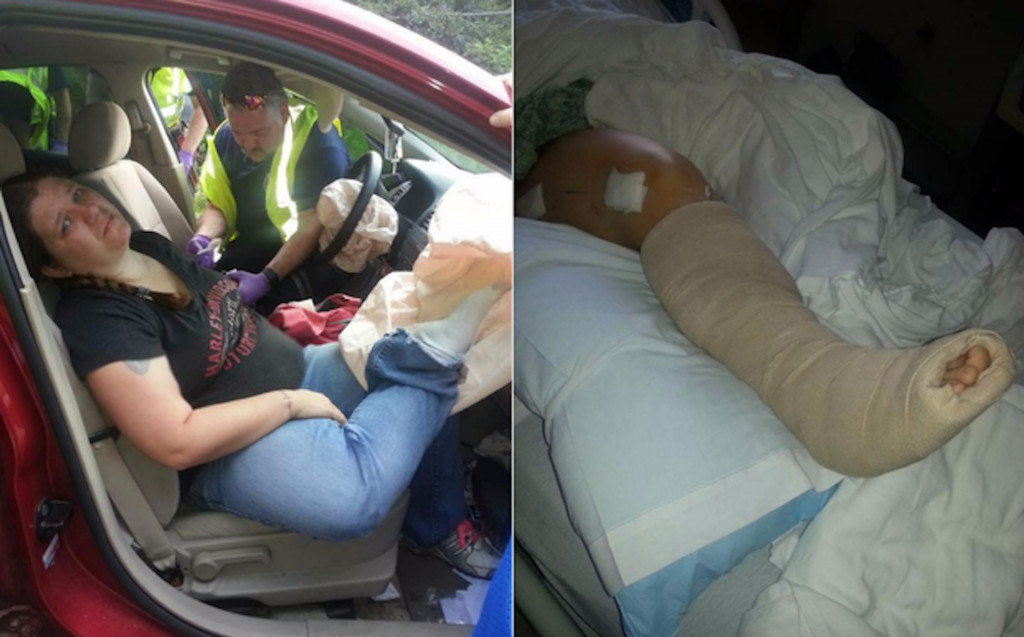 The warning given by Audra Tatum from Walker County, Georgia is simple: Don't put your feet up on the dashboard of your car. The reason? It's beyond dangerous.

Tatum and her husband were in a car crash two years ago as they were on their way to pick up their children. Everyone involved walked away, except Audra.

"The airbag went off, throwing my foot up and breaking my nose...I was looking at the bottom of my foot facing up at me." Tatum told CBS News.

The result was a broken ankle, femur, and arm due to the impact and force of the airbag throwing her legs back.

ALSO SEE: My car seats were in a crash, so I'm replacing them: why you should too

Several surgeries and weeks of physical therapy helped. She said it took over a month for her to start walking again.

Now, two years later her life is still affected by the accident. "I can't do my career as an EMS. I can't lift patients anymore I can't stand for more than four hours at a time. Once I'm at that four-hour mark I'm in tears," she said.

Tatum now tells her story to warn others of the pain and agony she lives through due to her decision.

The Chattanooga Fire Department warns, "Airbags deploy between 100 and 220 mph. If you ride with your feet on the dash and you're involved in an accident, the airbag may send your knees through your eye sockets."

Tatum isn't alone in her trauma either. There are plenty of stories about why it's not a good idea to put feet on the dashboard, but a fair warning: Don't search for those stories immediately after lunch. They're horrendously gruesome.

When making small decisions that could potentially have life-altering affects, remember Tatum's tale: You aren't Superman, and you won't be able to move at the speed of light.