2017 Chrysler Pacifica Limited long-term road test: putting it to the test with kids 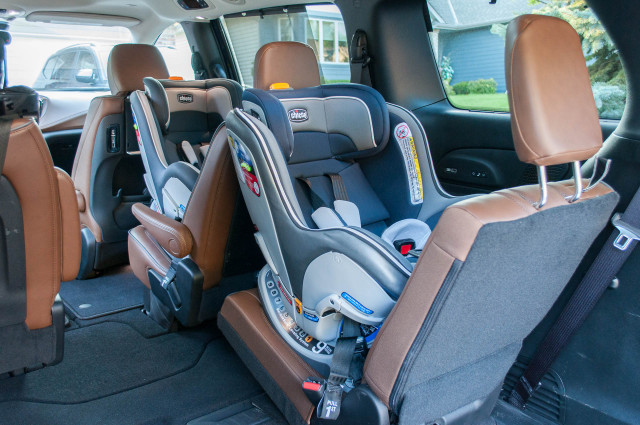 We've now started the second half of our yearlong test with a 2017 Chrysler Pacifica Limited minivan, and it's road-trip season.

The miles have clicked past quickly as we packed the Pacifica for weekend adventures. Whether it was weddings in Iowa or family time at the cabin in northern Minnesota, it's been in a near-constant state of motion.

Those miles haven't come easily for our blue chariot. It's been subjected to two young kids, a dog, and all the gear and mess that comes with that chaos.

How has it held up?

In this day, kids mean car seats, and we've used them on a near-daily basis. Our conclusion: You won't have any issues with car seats when you're hauling the family in the Pacifica—pretty much ever.

There are four LATCH and tether points for car seats in most Pacificas, or five if you opt for the available second-row bench seat.

While they're not hard to get to, the LATCH points in the Pacifica are tucked between the back and bottom cushion. This requires you to push the LATCH connectors into the crack of the seat to secure them. The new 2018 Honda Odyssey does it somewhat better, with LATCH connection points visible above the junction of the bottom cushion and seat back, making them easier to connect into. 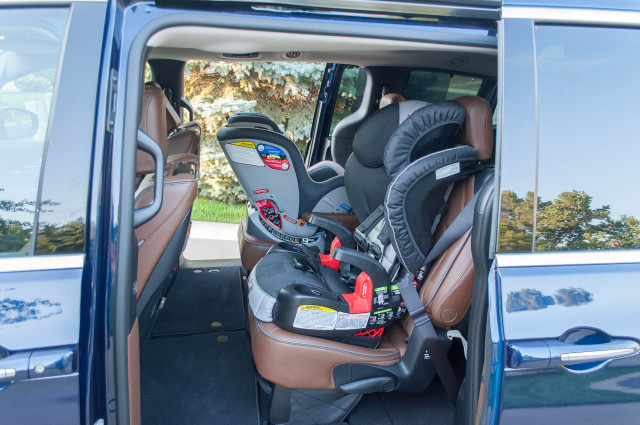 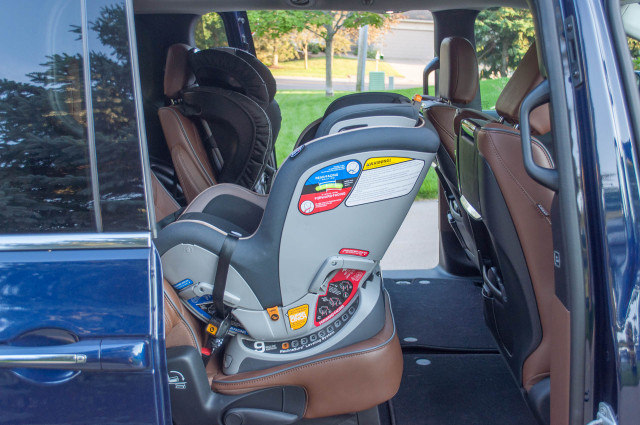 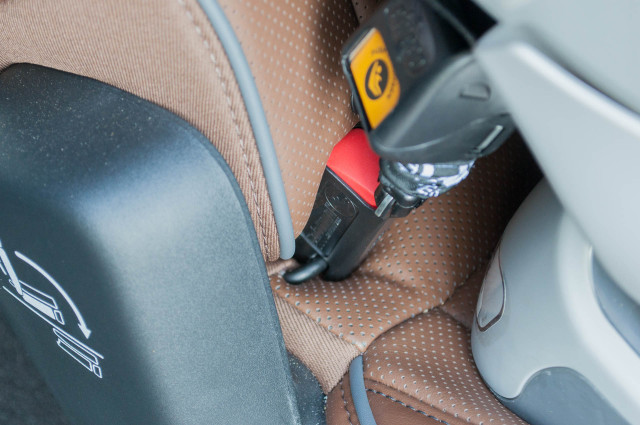 Placing a front- or rear-facing car seat in the second row isn't an issue, and leaves plenty of room for the front-seat passengers.

Most interesting is the LATCH-and-tether point in the third row on the left-hand side. It's offset to the right, sited between the third row's outboard driver side seat and middle seat. When asked, a Chrysler representative told us "during testing with customers, in development, it allowed for the greatest family flexibility." This setup takes away the option to wedge a person in the middle of the third-row between two car seats, which would be an unpleasant experience for that passenger.

Hauling kids is a chore, beyond just getting the car seats into the vehicle and the kids into the seats. Keeping them entertained is a monumental feat, and Chrysler has equipped the high-end Pacifica for the task.

Our Pacifica Limited has the Uconnect Theater Package for $1,995, which includes dual 10.0-inch seat back-mounted screens, a player for Blu-ray and DVD discs, USB video input, two 3-channel video remotes, two 3-channel wireless headphones, a 12-volt outlet in the console, and a 110-volt socket in the cargo bay. 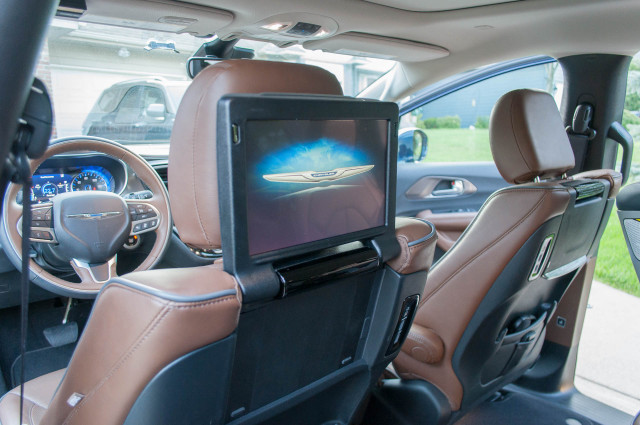 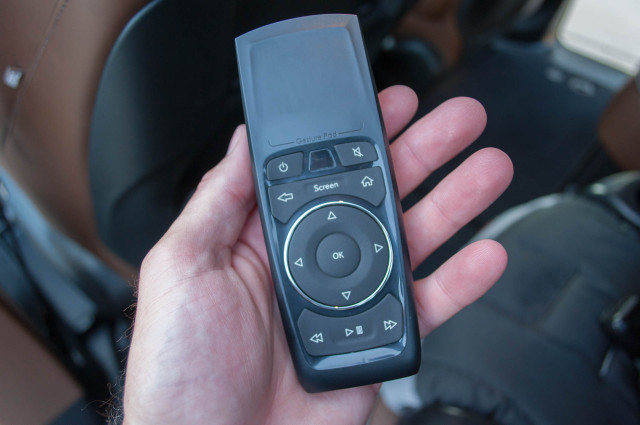 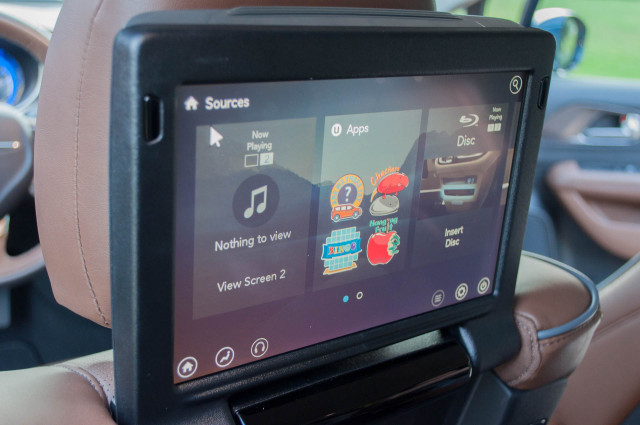 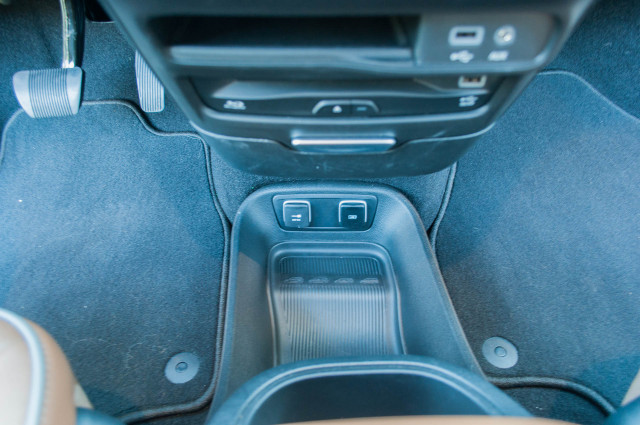 Those screens in the seat backs feature software that includes games for kids, ranging from Tic-Tac-Toe to an "Are We There Yet?" trip tracker that displays information from the navigation system. They're wonderful for killing time—for kids and adults alike.

The DVD and Blu-ray player interface can be controlled from the main 8.4-inch touchscreen in the dashboard, as well as via remote controls that come as part of the package.

Without a doubt, this is one of the best setups on the market for families taking a road trip.

Want to charge your devices? There are power outlets galore, including USB slots, the 12-volt socket, and the cargo bay 110-volt outlet.

For in-cabin storage, the Pacifica not only meets the demands of a family, it exceeds them. Each of the front doors alone has five cubbies and bins: five!

The center console between the front seats has five more cubbies, counting the cup holders as one, and there's more storage yet in the rear sliding doors.

To say you don't have a place to put your kids' knickknacks would be an outright lie. 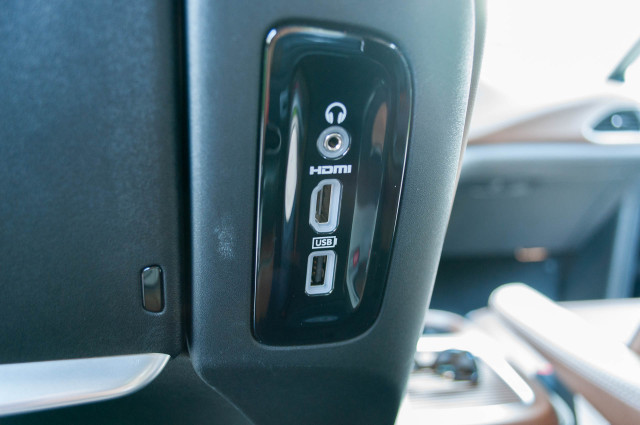 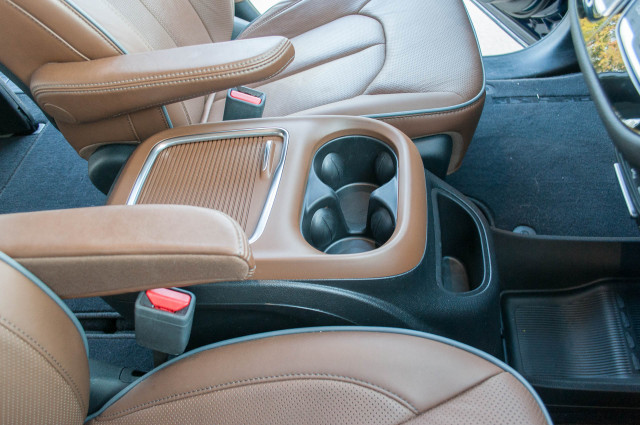 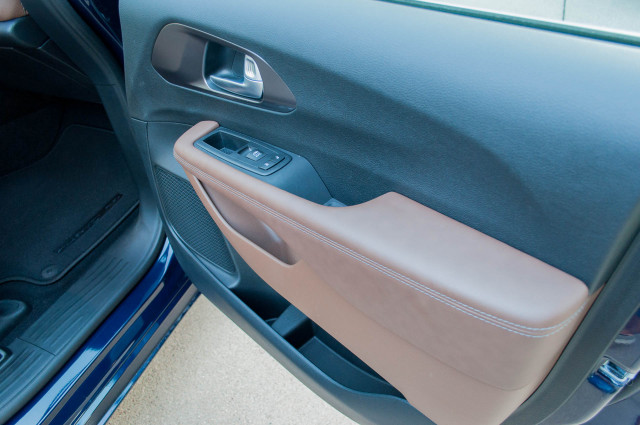 My wife calls the lower cubby in front of the center console the "secret candy cubby," because it's out of view of kids seated in the rear. You can put candy there and sneak it into your hand without showing, or sharing with, the kids. (Who probably don't deserve it anyhow.)

Kids can be messy during snack time. Should you be so bold as to let them eat in the car? No sweat. The built-in vacuum lets you clean that up in a jiffy, though as we found, it's better for spilled Cheerios than dog hair.

If something spills into a sticky mess, most of the Pacifica's interior is covered in either nicely grained hard plastic or soft-touch materials that are easy to wipe clean with a damp cloth.

Notably, the carpet inside this family-oriented van doesn't feel cheap, and has a tight weave. That can keep dropped items resting on the surface, rather than stuck in the weave; when crumbs do get stuck, the powerful suction of a home or shop vacuum will help your cleanup.

What's next for our Pacifica?

As summer starts to wind down and fall rolls in, our Pacifica will head back down south to our crew in Denver. They'll take it to the mountains for camping, chase the sun as the moon passes overhead in Wyoming, and use it as a base for weekend trips in the outdoors-crazed state of Colorado.

We'll also take a look at what fits inside the Pacifica, its infotainment system, the built-in safety systems, and what passengers say about our blue hauler.