Waze coming to Android Auto, and it's excellent 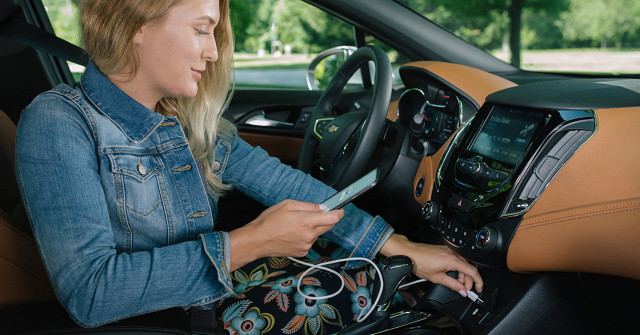 In the next few weeks, Google will launch an update to its Android Auto service and make the popular Waze navigation service available directly through a compatible vehicle’s infotainment system. If you’re one of Waze’s many devotees, you’re probably doing a happy dance. And if you’re not, here’s why you should be.

We spent a day testing Waze integration with Android Auto while at the helm of a 2017 Chevrolet Cruze Diesel, and even in this early beta, it's a very impressive setup. Google and Waze successfully pipe nearly everything of value to the app's users into a larger, more visible, safer touchscreen.

It feels like Waze has been part of Android Auto all along. Plug your phone in and Android Auto boots right up. A pop-up menu on the side of the navigation tab at the bottom of the screen allows owners to switch between the default Google Maps and Waze. Select the latter and a familiar screen comes up—Waze maintains its overall aesthetic in the shift to Android Auto.

MORE: How to get Android Auto in any car

While navigation is only a part of Waze's appeal, it's worth mentioning the system gets drivers to and fro without issue. The Android Auto variant responds just as well to course corrections and reroutings as the phone app does, firing off voice prompts as necessary. That said, the inability to change the voice behind the prompts may disappoint some owners—during my 24 hours of testing, I couldn't find anything to indicate that this popular feature was coming to Android Auto. Here's hoping that changes in a future version, because navigation is far more enjoyable when Jedi Master Yoda or Mr. T is directing you.

But it's the crowd-sourcing of information—from construction, to road hazards, to police speed traps—remains Waze's calling card, and it's flawless in Android Auto. While the system won't read out warnings unless it's actively routing the driver to a destination, tapping around the screen to inspect the different warnings left by other users is easy.

Plug in a route, though, and the system really shines, issuing audio warnings around half a mile before they arrive. That might not be enough time to get on the stoppers before a cop can hit you with the radar, but it's still enough of a warning to avoid road debris, disabled vehicles, or other hazards that can't write speeding tickets. The warnings can be confirmed through “like” or dispute the warning—if there really is a cop up ahead, simply tap the thumbs up icon on the warning, but if there isn't, hit the simpler “Not There” button.

It's easy for Android Auto users to warn fellow Wazers of obstacles, as well. Simply tap the orange circle on the bottom right of the screen, and six categories pop up. Each of these has a submenu of options—choose one and a warning goes out to other users.

Waze is a smart system, too. Make an unexpected stop on the route—say to grab a bite to eat or refuel—and the navigation shuts up until you're back behind the wheel and with the phone plugged in. After figuring out where it is, Waze and Android Auto offer directions and warnings again. It's a seamless system.

All of this is to say that Waze with Android Auto works as simply and as enjoyably as it does on cellphones. That it's only available on Android Auto—and that's coming from an author that's a vocal Apple supporter—and that it's as refined and easy to use from the word “go” is worth even more. Consider the addition of Waze, then, a mark in the "Pro" column for drivers considering Android Auto and the phones that power it.