2018 Subaru Crosstrek first drive: memories are made of these 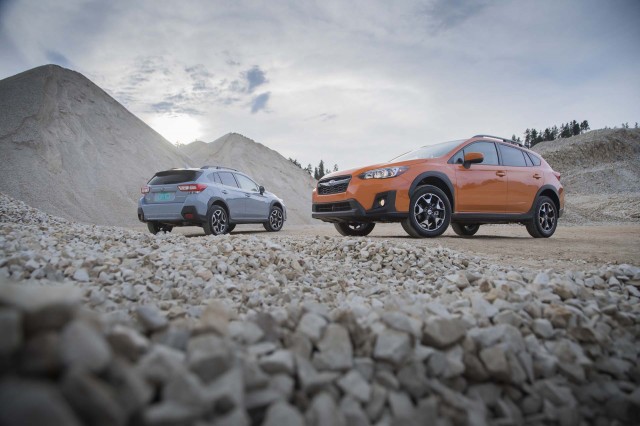 You can remember your first car. I bet you don’t have to think hard.

I’ll make another safe bet that the name of that car is clearer in your head than the name of your best friend from the same time.

Like friends, memories, and first cars, we forget the flaws of things we love. Or, more accurately, we smear a sheen of romanticism over those shortcomings like Vaseline on the lens of history.

The Subaru Crosstrek was not my first car—far from it. In fact, I’ve never owned one.

MORE: Read our full review of the 2018 Subaru Crosstrek

But that didn’t stop me from marrying more memories with the Crosstrek than any other car I can remember. I turned 30 years old in a Crosstrek and considered my career goals of working for The New York Times and becoming a war correspondent as being hopelessly unrealistic and probably underpaid. I turned 35 in the 2018 Subaru Crosstrek and considered career goals—generally speaking—to be hopelessly unrealistic altogether. In between those two events, I moved my girlfriend 500 miles over a mountain in a Crosstrek, found a new love for camping, and got a dog.

For the record, the dog has a name, but the cars never did. 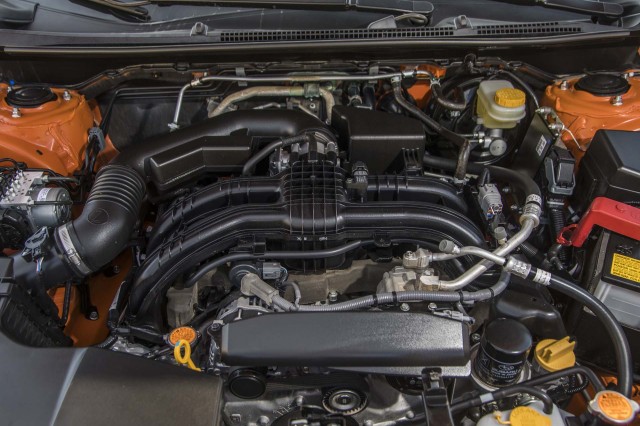 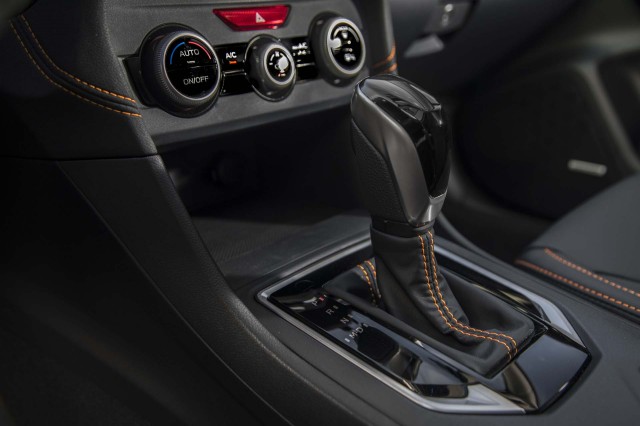 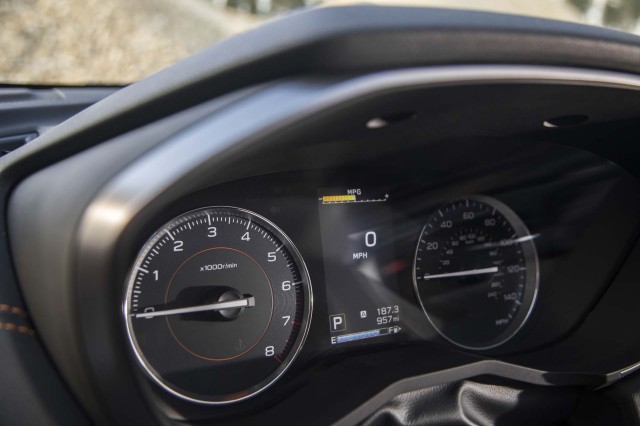 Those are all events that are probably more relevant to the experience of being in a Crosstrek than the engine that powers the car. That doesn’t excuse the 152-horsepower 2.0-liter flat-4’s lack of grunt at highway speed. With four fewer horsepower on tap in the previous generation, we traversed the 10,662-foot Vail Pass summit while towing an 1,100-pound trailer—that’s the crux of that memory. That we did it slightly faster than walking pace is secondary. (The Crosstrek is one of the few compact SUVs rated to tow, albeit at scale. It can drag 1,500 pounds if you must.)

Base Crosstrek 2.0i models weigh just 4 pounds less than the outgoing model, which makes the added 4 hp to the Crosstrek’s power-to-weight ratio a slightly less significant rounding error. If you weren’t impressed by the last generation’s speed, chances are that your opinion won’t improve. Subaru doesn’t quote official 0-to-60 mph times because “about 10 seconds” doesn’t sound all that great.

There’s no coaxing the power out either. The engine is mated to either a 6-speed manual or continuously variable automatic transmission (CVT). The former is for frugality, and the latter is for efficiency, since the CVT is actually the less thirsty of the two. The smooth uptake and sharp-shifting stick are nice for feeling, but lousy at drawing speed from the Crosstrek. Most of the engine’s power is on the low end, so constant shifts are required to keep it in its sweet-spot without strangling the overmatched mill. The smart money goes for the CVT, which is $1,000 on base and Premium trim, but standard on the Limited-trim cars. A wider spread and simulated gears help the CVT do its best impression of a livable gearbox, and it mostly succeeds.

A newly minted off-road program, dubbed X-Mode, a CVT-equipped Crosstrek can now scratch and claw its way up a reasonably sized hill or tricky terrain. In a South Dakota quarry, the 2018 Crosstrek managed an 18-degree downbubble through a steep decline, expertly modulated with hill-descent control.

That would ignore everything that goes into making the new Crosstrek more responsive in practice. Subaru quickened the steering ratio from 13:1 to 16:1 and gave the Crosstrek bigger wheels and better tires for squeaking around boulders or darting around canyon corners. It’s practically a 1980s Boston Celtic with that kind of hustle and sneaker game.

The underpinnings are more confident too. The Crosstrek rides atop a global architecture that’ll be found on other Subaru cars and crossovers, including the larger seven-seat Ascent due later this year. That doesn’t mean the Crosstrek and Ascent will be the same size, rather it means that Crosstrek has a stouter, more condensed version of the platform that makes it stiffer, and perhaps safer if push comes to a hard object.

Other systems help the Crosstrek make good first impressions. An eager throttle tip-in bounds the Crosstrek forward from stoplights, and a brake-based torque vectoring system bites inside wheels to carve a tighter line through corners.

Result: The Crosstrek is no Olympic-level sprinter, but it is a really good rec-league runner that probably shouldn’t quit its day job. 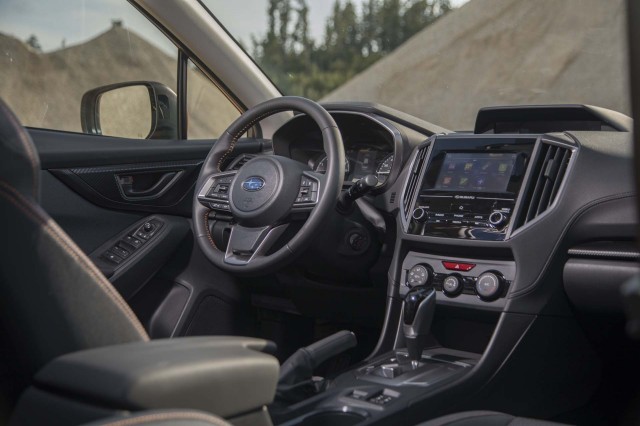 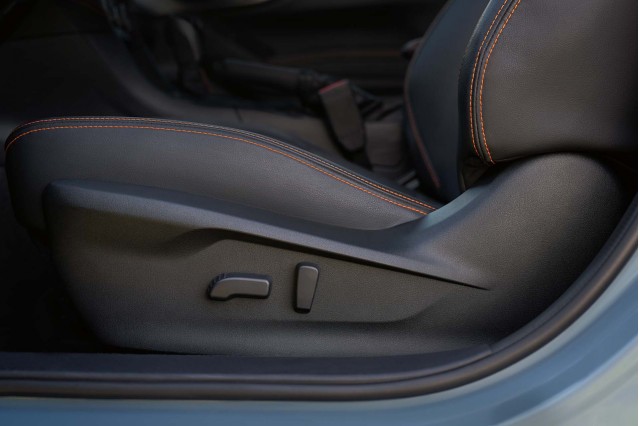 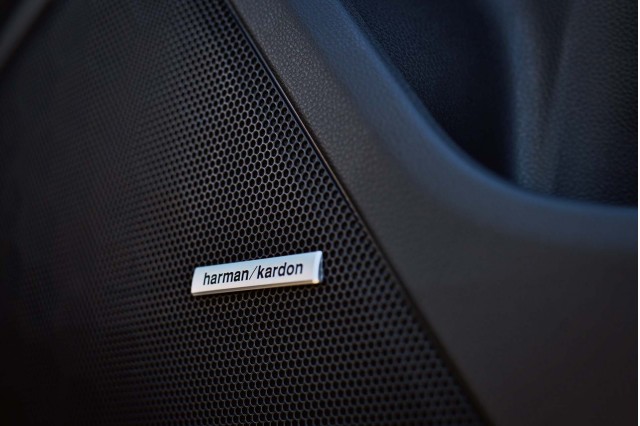 It’s no mistake that we’ve made it this far without talking about the interior, which is easily the most heavily revised portion of the 2018 Subaru Crosstrek.

The crossover is slightly longer between the wheels than its predecessor while keeping nearly the same length bumper to bumper, which makes for more rear seat room at the expense of a slightly smaller cargo area when the seats are up. In reality, the hatch is about as useful as before (20.8 cubic feet for 2018 vs. 22.3 cubes for the outgoing model) with more space when the seats are folded.

The cabin is noticeably quieter than before; we measured around 80 db inside while cruising at highway speeds. That’s about the same racket you’d find in a 2018 Mazda CX-5 but without the hour-long lecture on its improvements.

Passengers aren’t likely to complain about the seats either, which are supportive, soft, and shod with better materials, including the base cloth upholstery. Limited models get a durable and smart leather that feels antithetical to the Crosstrek’s wash-and-ready mission, but at least it has look-at-me orange stitching.

In fact, Subaru walks a fine line by swinging the Crosstrek upmarket with features such as a moonroof, leather seats, and a premium Harmon/Kardon sound system mated to an 8.0-inch touchscreen with iPhone-like pinching, zooming, and animation. Top-level trims of the Crosstrek feel like the Taj Mahal of tents, oddly. It’s a reality of more crossover buyers expecting luxury features normally reserved for sedans. 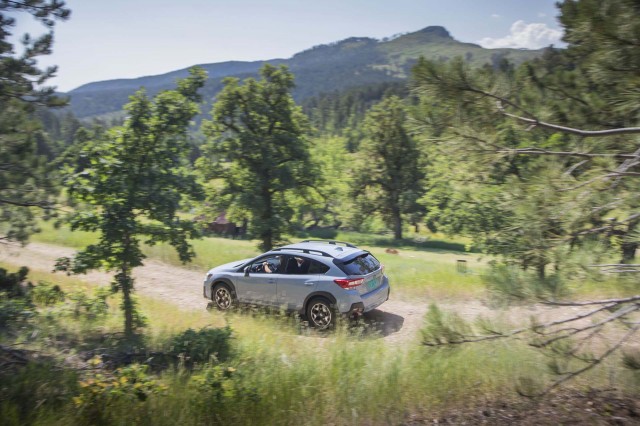 And we’re back to first cars.

At $23,710 to start for a base model with a 6-speed manual transmission and all-wheel drive, the Crosstrek is nearly the same price, inflation-adjusted, as the car I took to college. It was also the first car I felt comfortable leaving my ZIP code in, and I’d have fewer issues emptying my nest if my hypothetical child needed reliable, flexible transportation too.

This time, Subaru changed what made the last Crosstrek rough around the edges. The 2018 version is quieter with a softer ride and more creature comforts—or it lacks all of the endearing flaws that I’ve conveniently forgotten since I turned 30, except one.

I guess that’s what happens in old age.