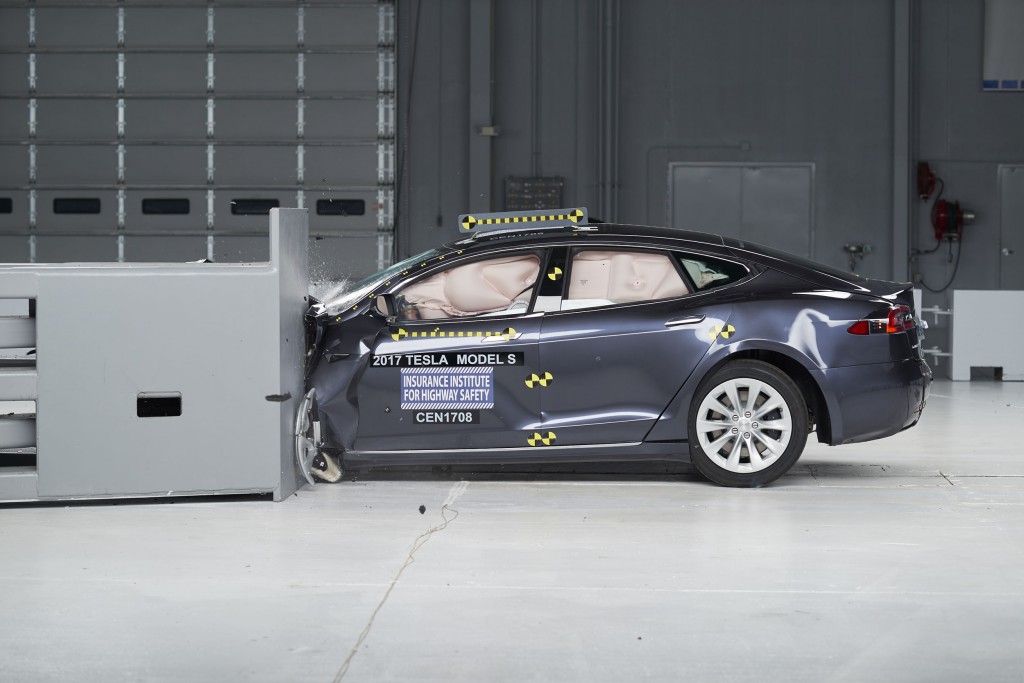 After the IIHS said the Tesla Model S electric car didn't perform as well as some other large four-door sedans in its crash-testing, the California-based automaker didn't mince words.

Tesla issued a statement to Business Insider slamming the IIHS and stating that the federal government-funded NHTSA's procedures are more "objective and accurate" in evaluating what it proudly boasts are "the safest cars in history."

"While IIHS and dozens of other private industry groups around the world have methods and motivations that suit their own subjective purposes, the most objective and accurate independent testing of vehicle safety is currently done by the U.S. Government which found Model S and Model X to be the two cars with the lowest probability of injury of any cars that it has ever tested, making them the safest cars in history."

The IIHS announced Wednesday that the 2017 Tesla Model S performed relatively well in its tests, but its safety structure wasn't strong enough to earn its Top Safety Pick award. The IIHS requires a "Good" rating in each of the instrumented tests it performs. Even after testing a second Model S with an updated seat belt system at Tesla's behest, the IIHS said that there was too much intrusion from the front wheel and suspension into the driver's foot well area. The IIHS rated it as "Acceptable."

Additionally, the IIHS pointed out that there was some deformation of the Model S' battery case in the test, although the variant used didn't actually have battery cells in that part of the case.

The IIHS also said that it hasn't had the opportunity yet to test the latest Model S' Autopilot system. Among Autopilot's numerous autonomous functions is the ability to prevent a forward collision. This tech—generally called automatic emergency braking—must perform well in order for a car to qualify for the Top Safety Pick award.

This year, the IIHS has made strong headlight performance a requirement for its Top Safety Pick+ award. The IIHS rated the Model S' headlights as "Poor," disqualifying it from its highest award.

We've reached out to Tesla for further comment on the test results, but the automaker hasn't yet responded.

It's unusual for an automaker to respond so strongly to a subpar showing in the IIHS' barrage of crash tests. Typically, statements from automakers tend to be more restrained.

The federally funded NHTSA's frontal and side-impact crash-tests are less comprehensive (although not necessarily less effective) than those administered by the insurance industry-backed IIHS. In 2013, the NHTSA awarded the Model S five stars overall. However, it has not given the Model S a crash-test rating since 2015.