2018 Buick LaCrosse: changes where you can't see them 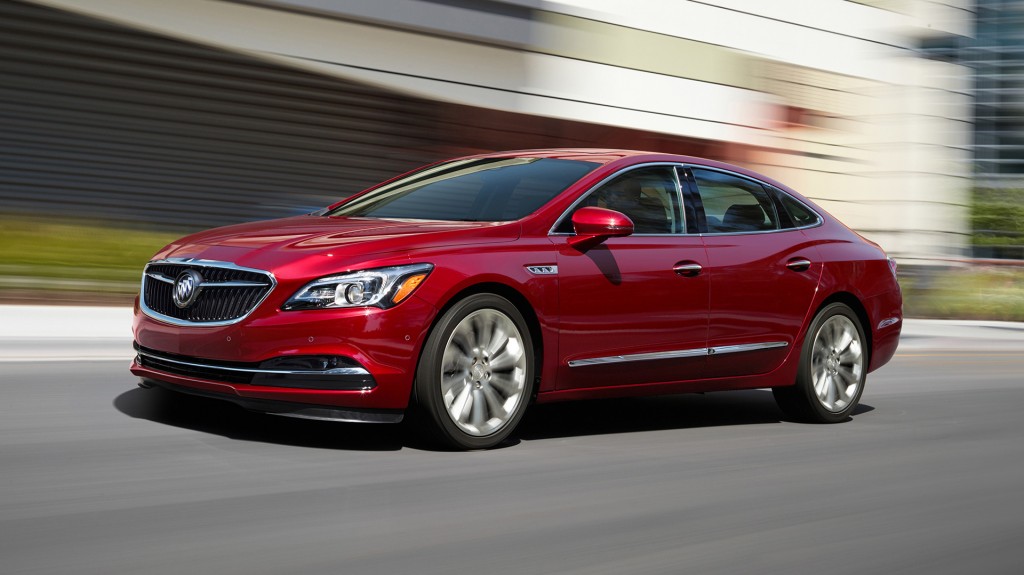 With its 2018 LaCrosse, Buick is making some notable changes just a year after the latest version brand's flagship four-door went on sale. You won't see anything at first glance, but the changes under the LaCrosse's hood add up to better fuel economy and a significantly lower base price.

But the changes are all beneath the skin: a new 4-cylinder mild hybrid powertrain will reduce fuel consumption on base models, a 9-speed automatic transmission is now standard with the available V-6 engine, and all-wheel drive is now more widely available across the LaCrosse lineup.

MORE: Here's what a destination charge is and why you have to pay it

We haven't yet driven a 2018 LaCrosse with the light-duty hybrid system, which provides an electric assist rather than fully electric motoring like, say, the Toyota Avalon hybrid. The system features a 0.45 kWh lithium-ion battery pack that's paired to a small electric motor. Together, the electrified system provides a boost for the LaCrosse's standard 2.5-liter inline-4 gasoline engine. Buick hasn't released specifics yet, but it did say that the powertrain is good for a nearly 20 percent fuel economy improvement in town—figure around 25 mpg in the city.

Buick calls the system eAssist and it's essentially an update of what was available on the previous LaCrosse. eAssist may not be powerful enough to motivate the LaCrosse with the gas engine off, but it aids the gas engine during higher load situations and can run the vehicle's accessories when the gas engine is off.

The 4-cylinder eAssist powertrain will be standard on all front-wheel drive versions of the LaCrosse and it is paired exclusively to a 6-speed automatic transmission.

Also, Buick says that all-wheel drive will now be optional on the Essence and Premium trim levels; last year, it was relegated only to the range-topping Premium. The Essence model runs about $2,500 less, although it lacks heated seats, a heads-up display, and forward collision alerts, among other features.

Rounding out the changes, three new paint colors have been added to the pallette for the 2018 LaCrosse: Satin Steel Metallic, Dark Slate Metallic, and Red Quartz Tintcoat.

Buick says to expect the updated LaCrosse in dealers this fall.