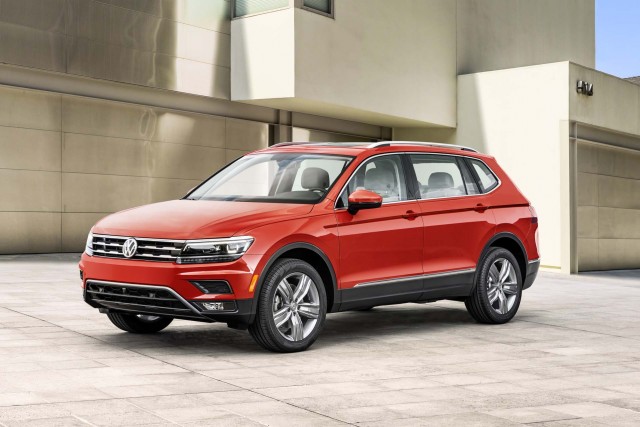 A new Volkswagen Tiguan is coming, and with it, a new generation for the German brand's lauded line of 2.0-liter, turbocharged 4-cylinder engines. Still part of what VW calls the EA888 family, the new Gen 3B will eventually arrive in the Passat and Beetle, although that's only what VW is confirming right now. After driving the new engine, we feel that it could work well in the Jetta, the CC-replacing Arteon, Golf, and maybe even the Atlas.

In other words, where there's a small 4-cylinder in a VW now, the new Gen 3B will make a great fit.

According to Volkswagen, the new 2.0-liter turbo improves on the fuel economy of the brand's 1.8-liter, turbocharged 4-cylinder engine—which it's meant to replace—while offering up to 20 percent more torque and a more responsive character. The next-gen 2.0-liter's 184 horsepower and 221 pound-feet of torque  is up on the 1.8-liter's 170 hp and 184 lb-ft of torque, although compared to the current Tiguan, it's worth noting the Gen 3B has 14 more lb-ft of torque and 16 less hp.

These impressive stats are thanks to the Budack cycle—named after the VW engineer that developed the cycle, it's also what the “B” stands for in “EA888 Gen 3B." VW calls it an "optimized Miller cycle." Similar to the Atkinson cycle, but for forced-induced engines, the Budack cycle closes the intake valves earlier than an Atkinson but keeps them open until just before the end of the intake stroke.

We tested the new EA888 on the roads outside Ann Arbor, Michigan, in a pre-production Passat. While the engine and the 6-speed automatic it works with weren't using production-spec tuning, my experience was positive. All 221 lb-ft of torque is available between 1,600 and 3,940 rpm and once past that point, peak horsepower arrives at 4,000 rpm, or 400 rpm earlier than the 1.8-liter.

The new 2.0-liter loses none of its predecessors' charm—it's willing to rev and is free of turbo lag, characteristics that result in an easy-to-drive character. Power is suitable, even in a vehicle the size of a Passat. A wave of torque shoves the sedan off the line and eventually on to freeway speeds, where that same torque is easy to summon for passing maneuvers. The throttle response, combined with the accessible torque, fits with the sharper behavior that VW is going for—it's a big part of why we're betting VW will slot the EA888 into more than just the Tiguan, Passat, and Beetle. This is a versatile engine that can fill a lot of different roles.

But the thing that really drove home this engine's flexibility is its behavior off the highway. My test of the Gen 3B was mostly country lanes and interstates, aside from a portion at the Bundy Hill Off-Road Park where I checked out the new engine's performance in the updated Tiguan. While I'm leaving the Tiguan's off-road manners to our full review coming next month, it's worth remarking at just how composed this engine is on the trail. 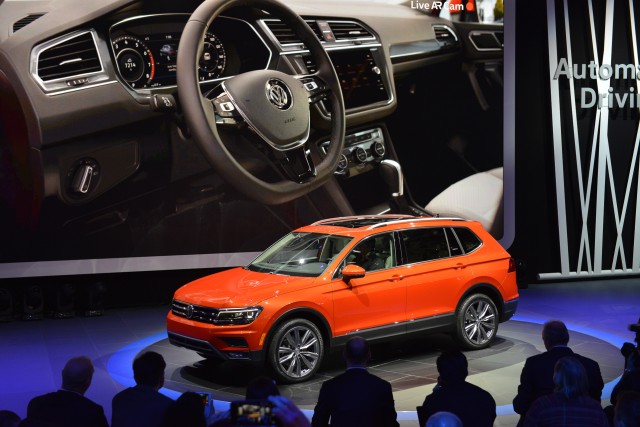 The Tiguan's dedicated off-road setting softens the throttle response, making it remarkably easy to control the excellent low-end torque. It's easy to keep the Tiguan puttering down the trail and climbing up steep grades—even if the standard tires weren't really up to the task.

But the thing that most consumers will likely care about, I can't speculate on. My drive out of Ann Arbor and through Michigan's Irish Hills was too short and too spirited to draw any conclusions on fuel economy. The Passat's current 1.8-liter returns an EPA-estimated 23 miles per gallon in the city and 34 on the highway. Those aren't especially impressive fuel economy figures for a 2.0-liter engine to hit—I've personally seen over 36 mpg in an extended highway run with the older EA888 used in a lighter, but more powerful VW GTI, so we should expect good things of the Gen 3B in the Passat.

Look for much more on the Tiguan and its new engine next month.