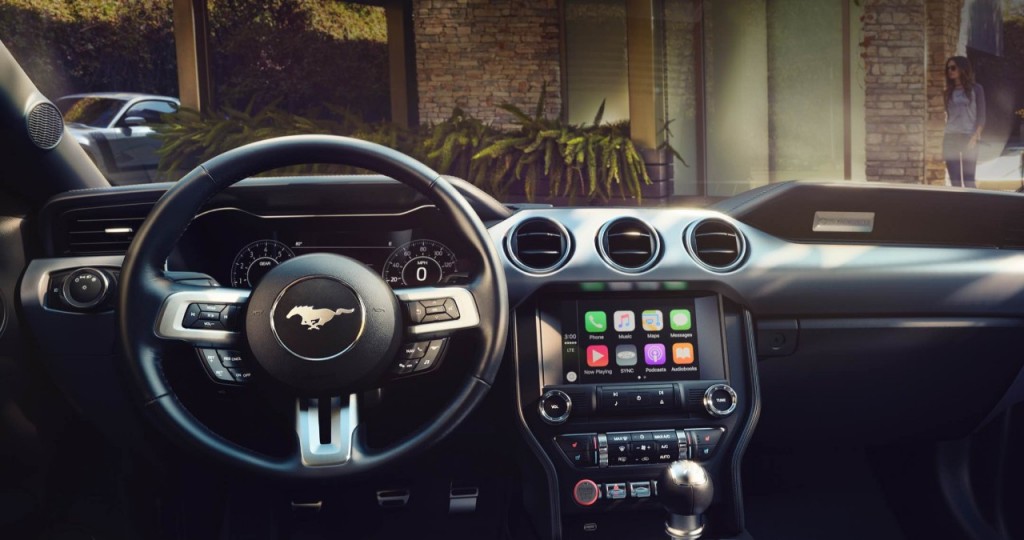 Today, much of the auto world's attention is focused on the game of musical chairs taking place in Ford Motor Company's corner offices. In all the hubbub, though, you might've missed a truly interesting technology tidbit: the automaker has rolled out Android Auto and Apple CarPlay to late-model Ford vehicles via an update of the SYNC 3 infotainment system.

Even more impressive? Customers can install the new software simply by connecting their cars to wi-fi networks. That's a first.

Previous updates to SYNC have required owners to download software to USB drives, then plug those drives into their cars. (Alternately, owners could visit their local dealerships and let staff carry out the installations.)

Now, if you own a Ford vehicle from model year 2016 or later, and if that vehicle came equipped with SYNC 3, you can begin receiving updates automatically, whenever the vehicle is parked within range of a known wi-fi network.

What's especially interesting is that Ford says that you don't need to keep your vehicle's engine running while you're waiting for the new code to download. Just make sure that your vehicle sees the wi-fi network and connects to it. So long as that happens, the update will continue, even after you turn off the engine.

Whether Android Auto and Apple CarPlay will work in your car, truck, or SUV is a slightly different matter. Android users will need to be using a 5.0 or later device; Apple users must run iOS 7.1 on an iPhone 5 or later model for CarPlay to function as intended.

For details about how to set up your Ford for automatic, over-the-air updates, visit owner.ford.com.