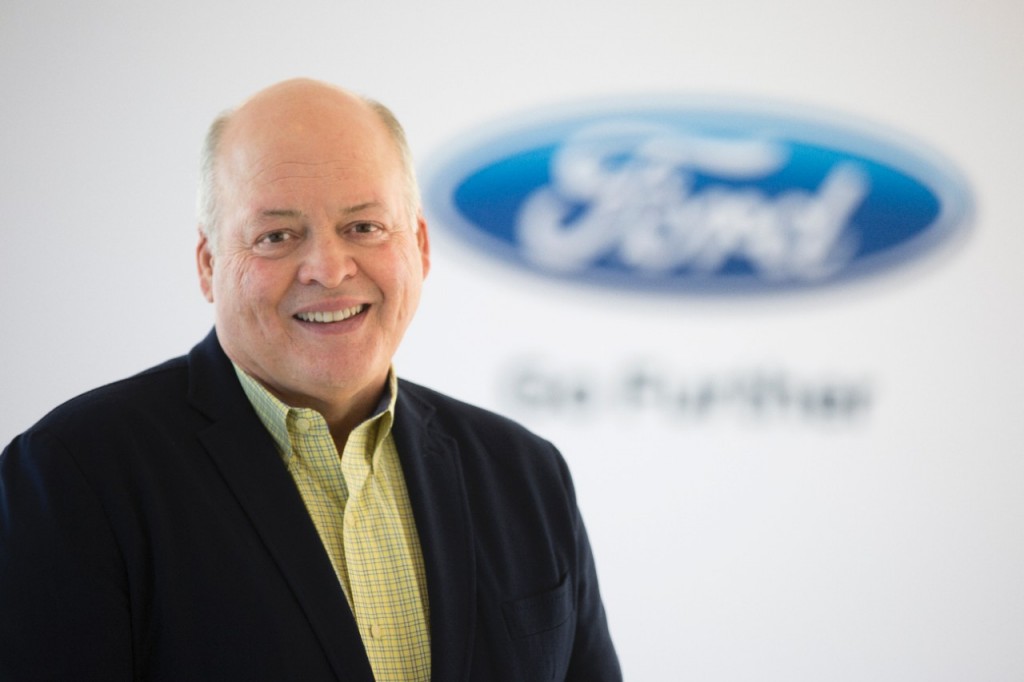 It's the end of an era, albeit a short one: this morning, Ford Motor Company announced the conclusion of CEO Mark Fields' three-year run. Instead of launching a lengthy hunt for a new executive, the automaker is promoting its self-driving car chief, Jim Hackett, to the top role.

Fields' unexpected retirement, which is being billed by the automaker as a retirement, follows up on an investor-driven announcement recently that Ford plans to trim its workforce considerably. Ford has seen its market share decline and its share price slide since Fields took control in 2014, although the automaker is expecting a $9 billion pre-tax profit this year.

It's safe to say that this decision had been a long time coming, even though Fields' income rose a hefty 19 percent to $22.1 million last year. However, Forbes reports that the automaker's board and its larger investors lost confidence in Fields' ability to run the company.

Official word from inside Ford is predictably positive right now:

"Jim Hackett is the right CEO to lead Ford during this transformative period for the auto industry and the broader mobility space," Executive Chairman Bill Ford said in a prepared statement. "He's a true visionary who brings a unique, human-centered leadership approach to our culture, products and services that will unlock the potential of our people and our business."

Here's a rundown of what we know so far:

While Ford has described Fields' sudden departure as a retirement, many stockholders and board members have been lobbying to replace the executive for some time.

Fields started at Ford in the late 1980s and worked his way up the corporate ladder before ultimately being groomed for the CEO position by then-chief Alan Mulally. When Mulally retired after helping the company stave off bankruptcy, Fields took over the reins in 2014.

Some folks were outraged back in January, when Fields dragged Ford into a very public dust-up with then president-elect Donald Trump about a new plant in Mexico. Admittedly, Ford has continued to expand its operations in Mexico, but it's been more careful about publicizing its efforts. Others might have been put off back in April, when they heard that Tesla had become more valuable than Ford despite producing far fewer cars.

There were also broader concerns that, on the one hand, Ford has spent too much money on self-driving cars and other advanced technology, while on the other hand, the company hasn't seemed to generate much buzz for its efforts (despite the fact that a major study showed Ford ahead of the competition when it came to autonomous cars).

And of course, Fields faced organizational problems, too. Though he cut ten percent of Ford's salaried workforce a couple of weeks ago, many shareholders wanted Fields to do far more trimming of staff. There was also a push for Fields to carry out a stock buyback, which would've driven up the company's steadily shrinking share prices. Unfortunately for Fields, the buyback never materialized.

In the end, Fields has become certainly the highest-priority Ford worker to take what the automaker is officially branding as early retirement.

Will Hackett measure up? That's hard to say. Based on his remarkable work as head of top-selling office furniture company Steelcase, though, Ford is spinning Hackett as an expert at turnarounds--someone who's happy to shake things up, making businesses more nimble and adaptable in the process. Hackett also helped

In the immediate future, Ford listed in its press release three top priorities for Hackett:

Transforming the company to meet future challenges, ensuring the company has the right culture, talent, strategic processes and nimbleness to succeed as society’s needs and consumer behavior change over time

Translation: Hackett aims to streamline operations more aggressively than Fields; to use new tools like robots and AI to create a smarter (and presumably smaller) workforce; and to position Ford as a strong competitor in the field of self-driving cars, electric cars, and other next-generation technology.

It's one big step toward transforming Ford from automaker to mobility provider.