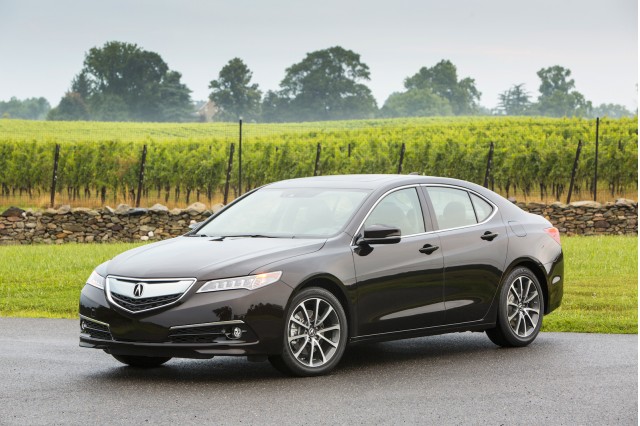 Honda has issued a recall for 2015 models of the Acura TLX V6 due to a potential issue with the car's transmission. Documents from the National Highway Traffic Safety Administration show that some of the transmission wire harnesses supplied by ZF in South Carolina may not have been properly manufactured.

Specifically, NHTSA says the harnesses may not have been crimped as intended. As a result, the TLX's transmission could malfunction and force the car into "failsafe" mode, which would result in the loss of motive power.

The good news is, Acura knows of only one owner complaint linked to the issue. Even better, Acura began notifying TLX owners about the problem some time ago, and the company says that it has already repaired 75 percent of the vehicles that need to be fixed. (The delay in announcing the recall resulted from some disagreements between Acura and NHTSA about the wording of the official filing.)

The recall affects both two-wheel-drive and four-wheel-drive 2015 Acura TLX models, 8,354 of which are registered in the U.S. Acura says that it will update the software in those vehicles, which "will allow a warning light to illuminate if this condition is detected and will significantly extend the period before the transmission is placed into the “failsafe” mode". That will give drivers more time to get to a safe spot--or ideally, to a dealership, where repairs can be made.