Uber's self-driving car guru steps aside in wake of lawsuit 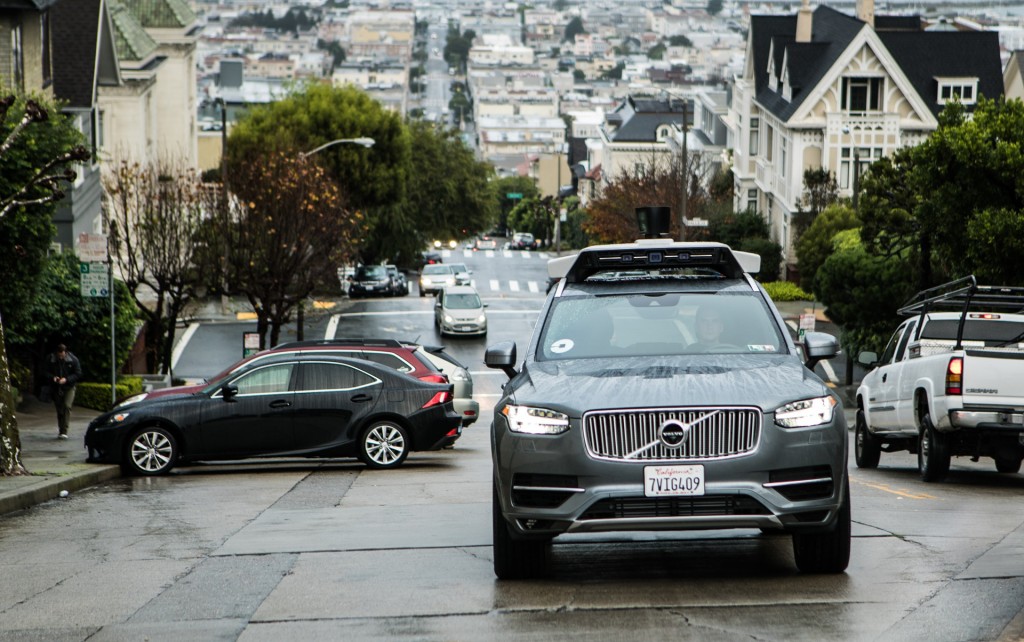 Uber's race to develop fleets of self-driving cars and big rigs has hit another speed bump: yesterday, the head of its autonomous vehicle program stepped down from his post in the wake of a complicated lawsuit.

For nearly nine years, Anthony Levandowksi was a software engineer at Google, where he played a key role in the company's self-driving car program (now known as Waymo). He left his post in January 2016 and launched Otto, a company devoted to developing autonomous 18-wheelers. A few months later, in August 2016, Otto was acquired by Uber, and Levandowski was tapped to lead Uber's self-driving car program.

Such fast-paced transitions aren't unusual among tech companies, which are always trying to poach top engineering talent. What is unusual is that Levandowski may have left his gig at Google with masses of the company's top-secret documents.

Google and its subsidiary, Waymo, filed suit against Uber and Otto in February, alleging that Levandowski stole 14,000 design files and 9.8 gigabytes of trade secrets before leaving his post. They also allege that Uber has been using some of those designs--specifically, those involving LiDAR*--in Uber's own self-driving vehicles.

Interestingly, Uber hasn't commented on whether Levandowski stole Google's proprietary technology. However, the company has said that Google's lawsuit is without merit because Uber isn't using any of the company's tech designs and therefore isn't profiting from it.

However, at least Uber employee--one who's worked with Levandowski since his Google days--says that Uber's claims aren't exactly true. In a deposition, he said that Uber has, in fact, been prototyping a secret, unnamed LiDAR system that's closely related to those Google designed.

Complicating matters is the fact that Levandowski himself has refused to testify in the case, citing his Fifth Amendment rights, which protect him from self-incrimination.

In other words: Google/Waymo says Levandowski is helping Uber/Otto to cheat on self-driving tech; Uber/Otto says "nuh-uh"; a worker at Uber says that Google/Waymo has a valid point; and the man at the center of the debate, Levandowski, has chosen to stay out of it entirely.

Levandowski is still employed by Uber, and he continues to work on the company's self-driving tech program, which is housed within Uber's Advanced Technologies Group. (According to his LinkedIn profile, Levandowski remains Uber's vice president of engineering.)

However, he's notified his team members that he's stepping down from his position as head of ATG, and though he'll continue to head into the office, he won't be working on anything related to LiDAR until the lawsuit wraps up. He sent an email to everyone "not to include me in meetings or email threads related to LiDAR, or ask me for advice on the topic".

Co-worker Eric Meyhofer has been named the interim head of ATG, and Levandowski will report directly to him rather than to Uber CEO Travis Kalanick.

In the short term, the shuffling of duties isn't likely to have much effect on Uber's self-driving vehicle program (which in fairness, still needs a lot of work). In his email, Levandowski notes that he didn't previously work on LiDAR technology at Uber, and the only difference in the future appears to be that he's actively avoiding input on such tech.

That probably won't do anything to diminish the contentiousness of the Google/Waymo/Uber/Otto lawsuit. Nor will slow the rollout of Uber's autonomous tech. Whether that tech will be safe (and whether it can be applied to aircraft) are entirely different matters.

*LiDAR (i.e. Light Detection and Ranging) technology has been embraced by many developers of self-driving technology, with the notable exception of Tesla. It's similar to radar, the major difference being that instead of radio waves as radar does, LiDAR uses light waves.