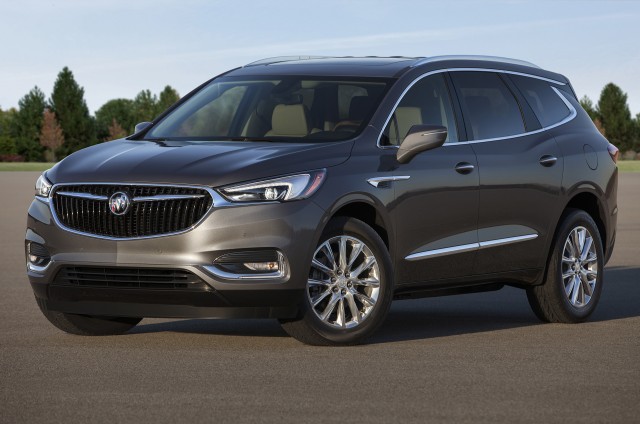 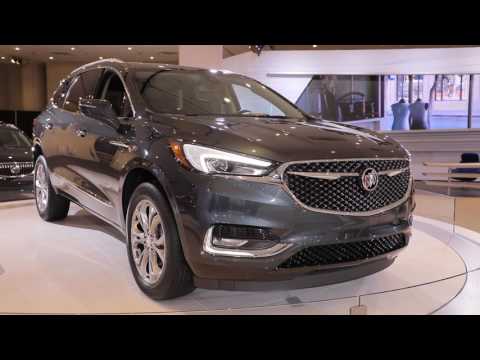 When you think of Buick, you probably think of big, plush sedans. But it's crossover SUVs that have resurrected the brand here in the U.S.

And now it's time for Buick's best-selling vehicle to be renewed. At the 2017 New York Auto Show, the world got its first look at the 2018 Buick Enclave.

When it was new in 2008, the Enclave hit a sweet spot for design, size, and price. The new one has a crossover boom behind its back–not to mention very appealing looks. The Enclave hasn't shrunk or grown considerably, but the roofline is lower, the wheelbase is long, and the windshield is more steeply raked, for a sleeker look.

The interior builds on sweeping shapes, a big touchscreen, and lots of low-key leather and metallic trim. The dash curves wouldn't look out of place inside a BMW, and neither would the electronically controlled shifter.

For performance, the Enclave rides on a new mid-size platform. The only engine offered is a 302-hp 3.6-liter V-6, and it's coupled only to a 9-speed automatic. The suspension is independent front and rear. A new torque-vectoring all-wheel-drive system can be fitted; otherwise, it's front-wheel drive. With the right options, the new Enclave can tow up to 5,000 pounds.

The Enclave is Buick's biggest crossover SUV, with three rows of seats and places for seven people. Interior room has increased about 10 percent; the Enclave has almost 24 cubic feet of storage space behind the third row, and the second- and third-row seats fold down nearly flat. The tailgate is power-operated.

Inside, the Enclave controls its infotainment from an 8.0-inch touchscreen. Android Auto and Apple CarPlay come standard, and in-car AT&T data is offered by subscription.

Safety gear includes a rearview camera, surround-view cameras, adaptive cruise control, blind-spot monitors, and lane-departure warnings. On the added-features list, Buick now has an Avenir trim level that gets its own grille, badgework, and 20-inch wheels, as well as a wood-trimmed steering wheel, heated seats, navigation, and a rearview mirror camera.

Prices start from about $40,000, and the new Enclave goes on sale this fall.