Nissan Rogue is selling like hotcakes. Cars, not so much. 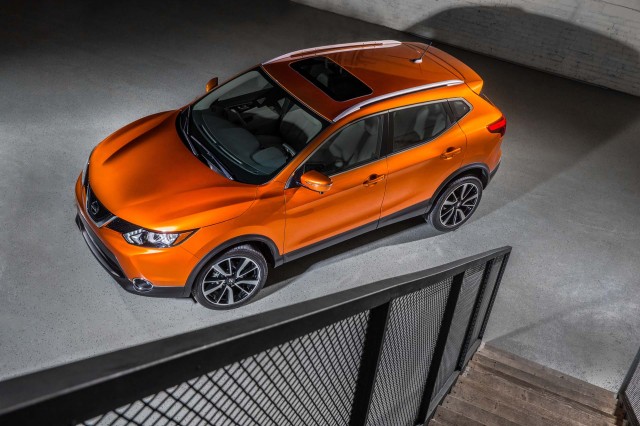 There is, however, one exception: crossovers, which are built on car platforms. (Their close cousins, SUVs, are built like trucks.) In the U.S., March crossover sales were 11.3 percent higher than in March 2016. They're up 11.4 percent for the year.

ALSO SEE: Ram is nipping at Chevrolet Silverado sales (but the Ford F-Series is still king)

And among crossovers, one brand is pulling ahead of the pack: the Nissan Rogue.

Surprised? You should be. The Rogue has always been a reasonably strong performer in the crossover segment, but it's typically been bested by Japanese rivals like the Honda CR-V and the Toyota RAV4.

This year, however, Nissan has gone overboard to boost consideration among consumers. It's done that largely by piling on incentives, which in the Rogue's case are about 18.2 percent higher than they were at the beginning of the year. Nissan now spends an average of $2,820 per Rogue in incentives--roughly $250 more than for similar vehicles.

(To be fair, that sum is still well below the industry's per-vehicle average of $3,563, but in the hot-selling crossover market, that's to be expected.)

Nissan's increasing incentives help to explain how the automaker sold 39,512 Rogue crossovers in March alone and how it's moved 101,421 of them since the beginning of the year. That's a staggering jump of 46.9 percent compared to the first three months of 2016.

That, in turn, has helped make the Nissan Rogue the fourth best-selling vehicle in America, far behind the Ford F-Series, but within spitting distance of the Ram and the Chevrolet Silverado. Last month, in fact, the Silverado only sold about 3,000 more units than the Rogue.

Can the Rogue's winning streak continue? Perhaps. Incentive spending is clearly having a positive impact on sales numbers, but if interest rates continue climbing, the Rogue will face increasingly strong headwinds, as will its competitors.

And then there's the question of fuel. While gas prices have stabilized near historic lows, fuel is a volatile sector. If pump prices go up, that could give the fifth best-selling vehicle in America--the Toyota Camry--a shot at retaking its spot just behind America's best-selling pickups.