The people spoke and Volkswagen listened with its Jetta compact sedan.

It's light on visual and driving flair, but it does nearly everything well when it comes to real-world usability—and that's just what VW says it was after. We recently spent a few days in a fully-loaded model, which gave us a deeper insight into how the automaker has continued to rework its small, aging four-door to appeal to American consumers who might pit it against the Honda Civic, Toyota Corolla, Chevrolet Cruze, and Mazda 3.

DON'T MISS: Our full review of the 2017 Volkswagen Jetta

Our test model was a Jetta SEL, the second-highest grade model in the lineup. It's well-equipped; at $25,815, including automatic emergency braking, adaptive cruise control, a moonroof, navigation, blind spot monitors, and a power driver's seat. Its 170-horsepower, 1.8-liter turbocharged 4-cylinder engine is mated to a 6-speed automatic transmission. That engine is worth a note: S and SE models use a 150-hp, 1.4-liter 4-cylinder turbo that nets as high as 40 mpg on the highway, while our tester was rated at a less impressive (but not bad given the power underhood) 25 mpg city, 35 highway, 29 combined. 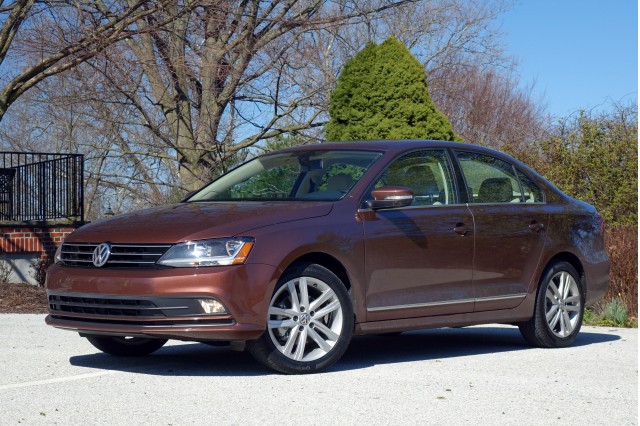 If you're the kind of driver who wants something that will stir your emotions—well, the Jetta SEL is probably not the compact sedan for you. It starts with the way it looks: inoffensive and forgettable. There's not a bad angle, but there's also not a single truly interesting one, inside or out. Then there's the way it drives. Its 4-cylinder engine, the middle of VW's three available in the Jetta, provides decent thrust and is generally silent, while the automatic delivers smooth shifts. But there's generally a milquetoast feel to the way the Jetta hustles through curves or accelerates onto an on-ramp.

We put about 500 miles on our test Jetta SEL, driving it at highway speeds, on country byways, and in urban traffic. Even on a long drive, its front seats proved supportive, while the rear delivers palatial legroom for two adults. It's a little narrow for three in the back for a long journey, but that's about the only complaint we had. Otherwise, the Jetta's interior hushes out road roar and, with adaptive cruise control set and Apple CarPlay fired up with the relatively new Amazon Music app running, it made a great driving companion. 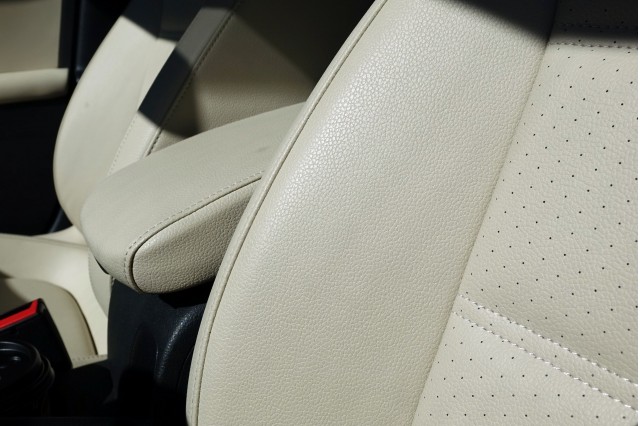 Zero few cows were killed for the making of this car

VW wraps hard-wearing leatherette—that's vinyl in non-marketing-speak—upholstery around the Jetta's seats. It's comfortable enough, if a little cold in winter and toasty in summer, but it's not leather. That didn't stop nearly every passenger from commenting about how nice the "leather" seats felt. Just be aware that, at least in 2017, you can't buy a Jetta with genuine hide upholstery (although it's on the steering wheel and shift lever).

Over our 500 mile drive, we averaged an indicated 28.8 mpg. That's just a hair below the 29 mpg average VW quotes using the EPA's test for the SEL's 1.8-liter 4-cylinder. On the highway, we didn't quite hit the quoted 35 mpg, but the 34.7 on a long freeway stint is close enough for us. Then again, we can't help but miss the Jetta TDI, which delivered real-world fuel economy that regularly approached 50 mpg (even as it deliberately violated U.S. emission rules for years on end). 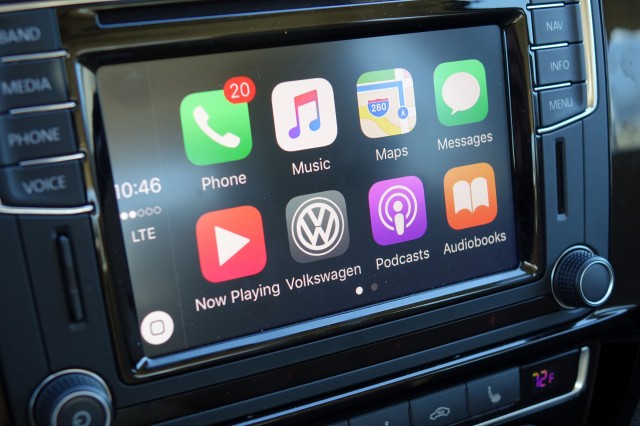 Some tech, but more would be better

This generation of the VW Jetta dates back to 2011 and is ripe for a redesign (which is expected for the 2018 model year). Still, VW has done a decent job keeping up with the times. There's Apple CarPlay and Android Auto, a decent enough built-in navigation system, automatic emergency braking, adaptive cruise control, and blind-spot monitors. Yet it lacks "wow" technologies: lane-departure warning that could nudge it back into its lane, or air conditioned seats, or multiple USB ports, or heads-up display—all features now offered by some rivals.

Henry Ford is claimed to have said, "you can have any color as long as it's black" when he first introduced his Model T. In Henry's mind, simple was better. The same applies to the Jetta. Our test car had no extra-cost options, simply because VW doesn't offer any. There are only three trim levels—S, SE, SEL—meaning that buyers really only need to decide on a budget, a transmission, and a color. If that works for you, the Jetta's perfect. If not, most rivals are available with a more customizable array of features.

Drive Notes is an occasional supplement to our in-depth new car reviews.