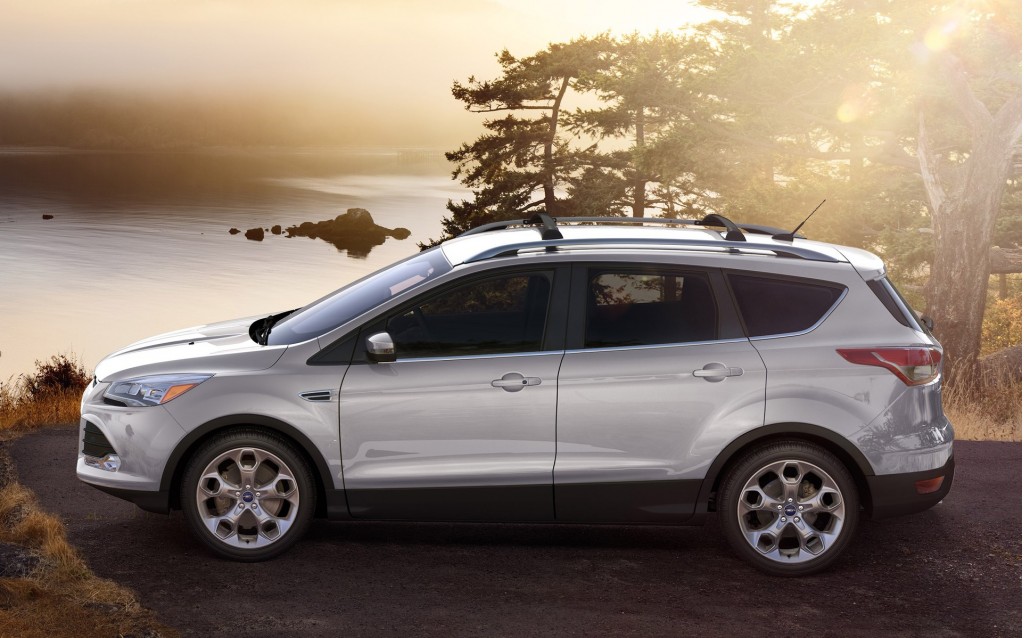 This recall stems from a flaw in Ford's 1.6-liter GTDI engine. The automaker says that due to a lack of coolant circulation, those engines may be at risk of overheating.

CHECK OUT: 6 tips for taking road trips with your dog

Should that happen, the cylinder head may crack, which, in turn, could lead to a pressurized oil leak. Any time a flammable material like oil risks coming in contact with a hot surface--like, say, that of an engine--there's an increased risk of fire.

In fact, Ford has received no fewer than 29 reports of fire linked to this particular problem. Thankfully, no injuries have been associated with the fires.

The recall is limited to vehicles equipped with 1.6-liter GTDI engines, built during the following windows of time:

Ford says that for the time-being, owners of those vehicles will receive instructions on how to check and refill coolant in their cars. (The instructions are taken from the cars' owner's manuals, so if you own one of these vehicles and have that manual handy, you can get a jump start on things.)

Eventually, owners will be asked to schedule service appointments with Ford dealerships, where service personnel will equip vehicles with coolant level sensors, along with related hardware and software. Until those components arrive, Ford says that owners should monitor their coolant levels closely and take their vehicles to dealers if they notice coolant leaks or overheating.

For some time, Ford has had a problem with its door latches. To date, it's recalled well over 2 million vehicles for such problems, and today, it's added nearly 211,000 more to the repair list.

As with previous iterations of this recall, today's expansion is rooted in a problem with the pawl spring tab in the side door latch. If the tab breaks, it could prevent the door from closing, or in some cases, it could allow a latched door to open unexpectedly while a vehicle is in motion.

Ford knows of at least one accident and three injuries that may be linked to pawl spring tab failures in other models. However, no accidents or injuries have been associated with the vehicles in today's recall expansion.

Ford says that after owners of those vehicles receive official recall notices by mail, they'll be able to take their cars to dealerships for service. Dealers will replace the four side door latches with "a more robust service door latch".

These heavy-duty trucks are being recalled for a fairly serious fix: replacement of the driveshaft. According to Ford:

"Affected vehicles may experience driveline vibration caused by a powertrain system resonance condition at speeds above 75 mph. Continued operation of a vehicle at these speeds could result in a resonance frequency that may fracture transmission and/or driveline components. Fracture of the transmission and/or driveline components may result in a loss of motive power without warning while driving, or unintended vehicle movement in park if the parking brake is not applied, increasing the risk of injury or crash."

Thankfully, Ford has received no reports of accidents or injuries linked to the problem.

Ford says that dealers will replace the trucks' two-piece driveshaft with a new three-piece driveshaft and two center-bearing brackets. If you own one of these vehicles and have further questions, you're asked to call Ford Customer Service at 800-392-3673 and inquire about recall #17S08.

The smallest of today's Ford recalls stems from a problem with two important welds in the Edge's windshield header. Some vehicles may not have been built with those welds, and as a result, they may not be as sturdy as expected during collisions--particularly collisions involving side impacts.

To date, Ford has received no reports of accidents or injuries linked to the problem, which affects 2017 Ford Edge vehicles built at Oakville Assembly Plant between February 21, 2017 and February 22, 2017.

Ford says that dealers will repair the windshield headers at no charge. For additional details, please call 800-392-3673 and ask about recall #17C05.