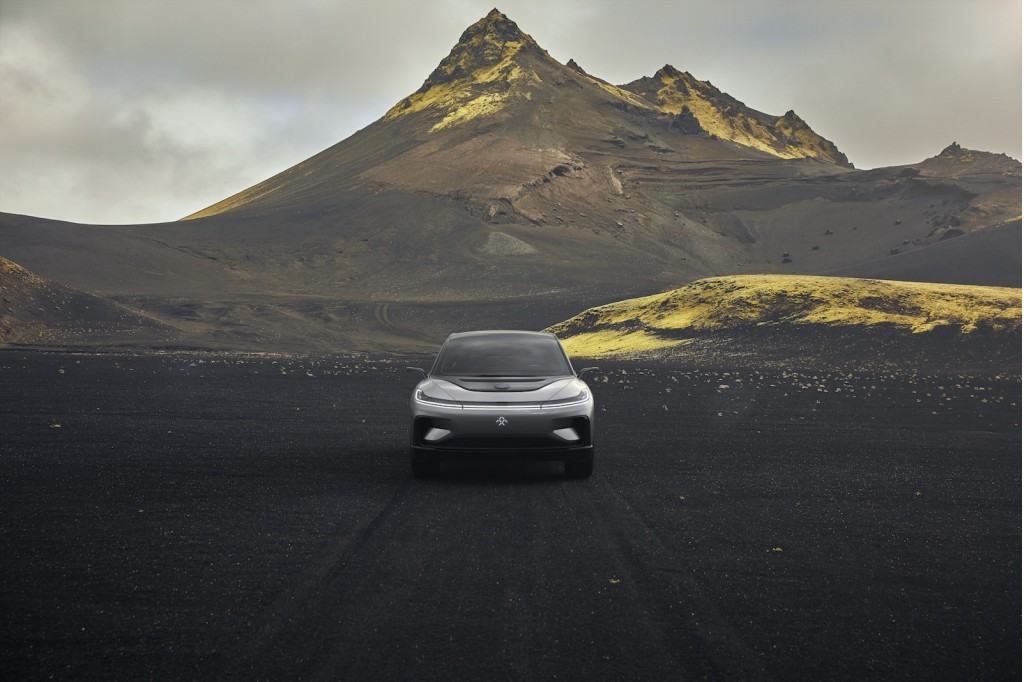 Why do we like to watch some companies fail and not others? It usually comes down to the size of their ambitions: the bigger they are, the better the show. That's why the implosion of brash, boastful Faraday Future has been so fascinating.

New details about Faraday don't suggest that it's folding or filing for bankruptcy--not yet, anyway. But they do show that the electric car company has been deeply humbled by a string of high-profile failures that have plagued it over the past year

As you might recall, Faraday broke ground on a massive manufacturing facility outside Las Vegas, Nevada in April 2016. There was plenty of hype around that because:

1. The project was expected to cost a whopping $1 billion, some of $200 million of which was covered by tax credits from the state of Nevada.

2. Faraday Future was a start-up, with no previous experience in designing, testing, producing, or selling cars.

3. The plant marked an attempt by a Chinese-backed automaker to establish a foothold in America. While the reverse has certainly been true (most major auto brands have some kind of production presence in China due to the country's restrictive import policies), Faraday's project was unusual for the U.S..

But all the hype was for naught. By October, rumors began leaking out that Faraday hadn't even made downpayments to the facility's lead contractor, and in November, construction ground to a halt. In February of this year, following many reports of cash shortages and a concept-car presentation at CES that teetered between ho-hum and horrendous, Faraday announced that it was dramatically scaling back its plans in the U.S. and shifting much of its manufacturing to China.

Specifics about Faraday's new game plan weren't revealed at the time, other than to say that the company's 3 million-square-foot facility in Nevada would instead start closer to 650,00 square-feet. Production estimates were dialed back from 150,000 vehicles per year to 10,000. Completion of the plant wasn't expected until 2019 at the earliest.

According to Nevada legislation, recipients of tax credits must file both annual and quarterly reports with the state, detailing all work related to projects that have received such credits. (A recently amended version of the legislation, with strikethroughs, can be found here.)

Faraday's quarterly update was filed on March 10 and confirmed what many had suspected--namely, that nothing had really been accomplished at Faraday's construction site other than moving dirt around and the installation of some sewer lines.

To be fair, it's unlikely that contractors could've made more progress than that in the two months or so of active construction. Then again, we wonder if the $160 million that Faraday spent to do all that includes invoices from lead contractor AECOM that totaled $58.1 million.

In January, Faraday insiders reported that the company and its parent, Chinese tech giant LeEco, were strapped for cash--allegedly because founder Jia Yueting liked to play fast and loose with his checkbook.

That cashflow shortage may be why LeEco is now trying to unload a pricey, 49-acre parcel of land in Silicon Valley. As recently as October, that land was slated to be the company's U.S. headquarters. It was to be home base for some 12,000 employees.

LeEco bought the property in June of 2016 for around $250 million. Rumor has it that the company is selling it to another Chinese firm, Genzon Group, for $260 million.

Again, neither of these revelations show that Faraday Future is shutting down or that its parent company, LeEco is dialing back its U.S. ambitions. However, they strongly suggest that (a) Jia Yueting gravely underestimated the cost and complexity of doing business in the U.S. and that (b) Faraday and LeEco were, in fact, hemorrhaging money.

Can one of China's most successful entrepreneurs fix these two struggling companies? If not, are both doomed? Or will he ditch one to save the other? We don't know, but it'll be interesting to watch.