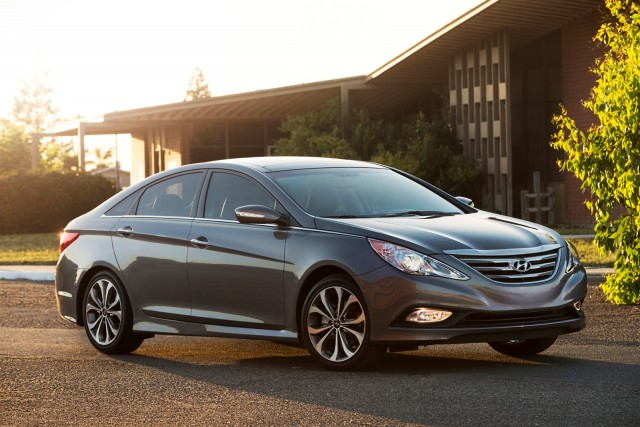 Hyundai has issued a massive recall of Sonata and Sonata Hybrid vehicles from the 2011-2015 model years. The National Highway Traffic Safety Administration reports that the seatbelts in those vehicles might detach during collisions.

The seatbelts were manufactured by ZF-TRW in Livonia, Michigan. However, the problem with the components appears to be in the way they were installed by Hyundai employees. NHTSA's defect report explains:

Hyundai has received at least two reports from owners about seatbelts detaching during collisions. One of those incidents resulted in an unspecified minor injury.

Hyundai and ZF-TRW are continuing to investigate the issue. In the interest of safety, however, Hyundai has decided to recall the following models:

The recall affects 977,778 vehicles registered in the U.S.

Owners of those cars will receive recall notices in the mail from Hyundai, beginning around April 7, 2017. Owners will be asked to take their vehicles to dealerships, where the connection between the seatbelt linkages and the seatbelt anchor pretensioners will be inspected and repaired as necessary. The fix will be carried out at no charge.