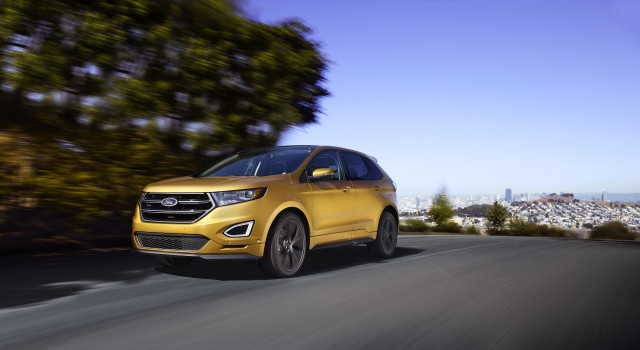 Yes, you read that headline correctly: Ford is recalling some 32,000 late-model Ford and Lincoln vehicles to replace their airbags, which were manufactured by Takata.

The problem with these particular airbags is different from the one affecting 70 million fatally flawed airbag inflators installed in 42 million U.S. cars, which has sparked the largest recall in automotive history. However, the danger posed to vehicle occupants is just as serious.

The issue affects driver-side frontal airbags in the Ford Edge, Lincoln Continental, and Lincoln MKX. Ford says that some of the airbag cushions in those devices may not inflate as intended--specifically, they may only partially fill, or in some cases, they might even detach from the airbag module altogether.

If either of those things were to happen, the airbag wouldn't provide the necessary protection during collisions.

Thankfully, Ford says that it knows of no accidents or injuries linked to the problem.

The recall includes the following vehicles and dates of manufacture:

Ford says that the recall affects 31,867 vehicles in North America. Of that number, 27,531 are registered in the U.S. and 4,336 are in Canada. Ford will mail recall notices to owners, urging them to schedule service appointments with their local dealerships. Dealers will inspect and replace the driver-side frontal airbag module at no charge.