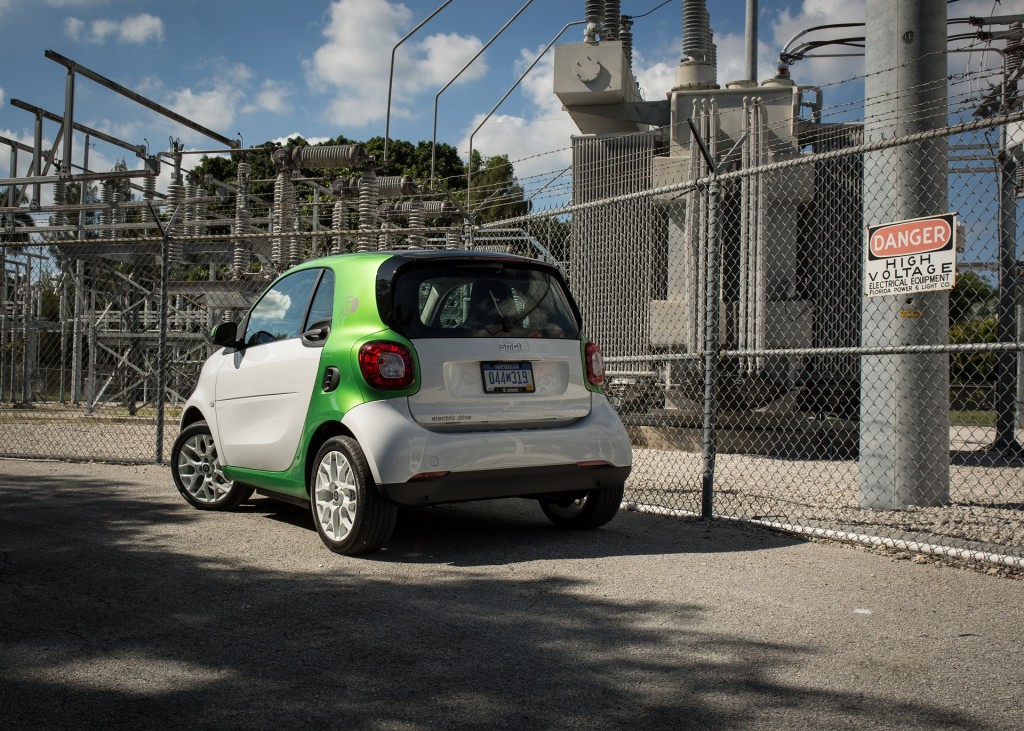 In the future, you won't see one of Mercedes-Benz's diminutive Smart vehicles stopping at a gas station unless its driver has a craving for a bottle of Dr Pepper or a lottery ticket.

That's because the automaker has confirmed it will drop gasoline-fueled Smart models from its lineup in the United States and Canada later this year. Beginning in September with the 2018 model year, the lineup will only be offered as the Smart Electric Drive coupe and convertible.

Yesterday, Mercedes and Smart parent Daimler announced the plan to go all-electric to its American and Canadian dealership network.

"Electric is central to our long-term powertrain strategy in the U.S.," Smart division chief Dietmar Exlar said in a statement sent to dealers, adding that the move "provides a logical step to support a sustainable, zero emissions future."

As Green Car Reports points out, Smart will join Tesla as the only two major brands to not offer a single gas-fueled model in their lineups. An all-new Smart Fortwo Electric Drive is destined for dealers this summer.

The move to drop the gas-powered variant from Smart's lineup comes as something of a surprise given the model was redesigned for 2017. Additionally, there's a roughly $10,000 difference between the list price of a gas-powered Smart Fortwo (about $15,000) and last year's Smart Electric Drive (upwards of $25,000). That said, those figures are a bit tough to compare since there are numerous tax incentives levied at federal, state, and local levels on the Electric Drive that can slice the price consumers actually pay in half.

Limited demand for Smarts in the the wake of relatively inexpensive gas meant that the brand's sales were off 17 percent last year, however.

Exlar's announcement doesn't mean that current Smart owners are out of luck when it comes to servicing, however. Exlar confirmed in the statement that the brand's sales and service outlets will continue to work on gas-powered Smarts.