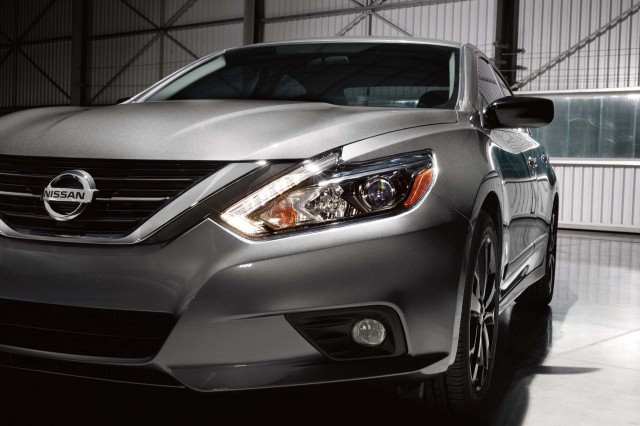 Nissan says that the Midnight Edition package has been enough of an early hit with its Maxima sedan that it is spreading the trim level's special styling features to five additional models within its lineup.

The lucky recipients? There are five more for 2017, bringing the total to six with the Maxima, Altima, Murano, Pathfinder, Rogue, and Sentra.

So popular was the Maxima's Midnight Edition that an impressive 85 percent of all Maxima SRs were optioned up with the package last year. As on the Altima, the package builds on the SR trim level of the Altima and Sentra. On the crossovers, it builds on different trim levels.

All six models will be offered with the package in a choice of black, white, gray, and red paint schemes outside. Here's a look at how each variant differs from the rest of its lineup:

2017 Nissan Pathfinder Midnight Edition: Here, the package stands on its own; like the Murano, it comes with 20-inch alloy wheels and features numerous exterior accents. It's also $1,195 and should be available in dealers now.

2017 Nissan Rogue Midnight Edition: Nissan's compact crossover gains the same black exterior accents as its siblings, but it rides on 17-inch alloy wheels. Here, the package builds on the high-volume Rogue SV, and it retails for $990. Nissan says to expect the Rogue Midnight Edition to arrive in dealers in March.