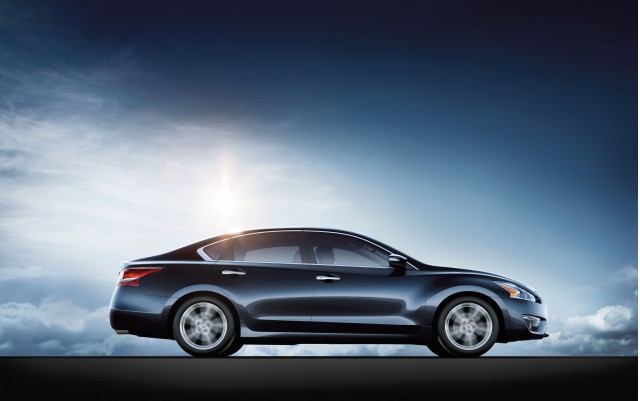 This morning, the National Highway Traffic Safety Administration announced a recall of 341,000 Nissan Altima vehicles from the 2015, 2016, and 2017 model years. The agency reports that some of those vehicles could have been improperly manufactured, and as a result, the cars' doors may unlock unexpectedly.

The Altima's problem is rooted in a latch/lock cable for the rear door, which might not have been installed correctly. NHTSA's defect bulletin explains:

"During the trim panel installation process in the subject Altima vehicles, the latch-lock cable may not have been routed properly in the rear door. The slit orientation increased the potential for the cable to load the sealing screen (vapor barrier) outboard into the travel path of the window regulator. In certain situations, the cable may interfere with the window regulator causing the rear passenger door to unlatch and inadvertently open when the mechanism is lowered to open the window."

Having any door unlock without warning is dangerous. Having one do so in the rear of a vehicle, where children are seated, is significantly more alarming.

The recall affects 341,005 Altima vehicles registered in the U.S. Nissan will mail recall notices to owners of those vehicles, asking them to schedule service with their local dealerships. Dealers will inspect and re-route the rear door latch/lock cable at no charge.