If Trump axes NAFTA, new car prices could go up 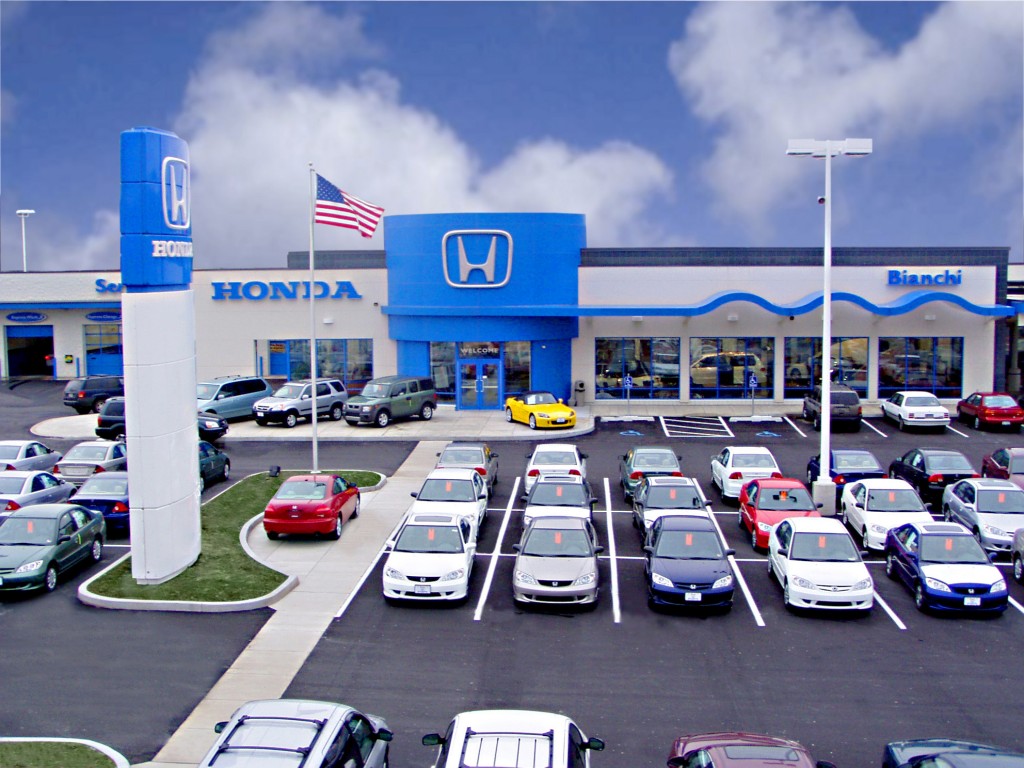 A Honda dealership in Erie, Penn.

If the Trump administration renegotiates or even pulls out entirely from the North American Free Trade Agreement, new car buyers may be forced to pay considerably higher prices.

Among all the rumors swirling around President Donald Trump's plan to scrap NAFTA and tax products imported into the U.S. from global trading partners like Mexico is that it may be up to retailers to actually foot the bill for a 20 percent import duty.

But don't expect car dealers or automakers to absorb the tariff, which is essentially a border tax; they'll pass it onto consumers, experts say.

We'll leave the human cost of how a NAFTA dissolution could affect workers on both sides of the border to economists to focus instead on the numerous scenarios as to how this could hit consumer wallets when it comes time to buy a new car.

A car built in the U.S. with mostly domestic parts

Even if a car isn't built overseas and uses few imported parts, its price tag could climb. Economists suggest that although there may be some cost advantage to a car built in the U.S. compared to one charged a hefty import duty, consumers will come to expect higher prices overall because the market can bear higher prices. Demand for cars is somewhat elastic in that consumers can put off a purchase.

"There's a lot of incentive to charge them a 20 percent increase," NAFTA expert Rachel Wellhausen, an Assistant Professor of Government at the University of Texas-Austin, said. "Consumers are going to pay more no matter what percentage of their car crosses the border from Mexico. The general price of cars is going to go up."

That means that a mid-size sedan built in the U.S. may not significantly undercut the price tag of a competitor's car assembled in Mexico, even if a tariff is implemented. 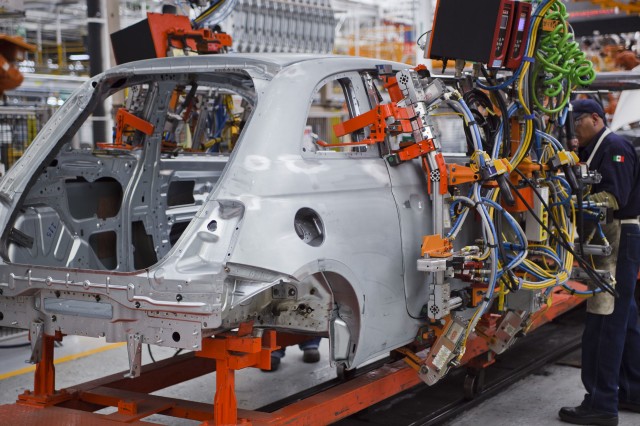 A car assembled in Mexico

Let's consider one of the pricier vehicles built in Mexico, a $45,000 Ram 1500 pickup truck. Although only about 30 percent of a typical Ram truck's parts are actually sourced locally, it's in Mexico where assembly is completed. A value-added tax would likely be applicable to the final vehicle rather than the sum of its Mexican parts.

If the Ram's invoice—the price paid by the dealer to the manufacturer—is $40,000, that means that it would likely be subjected to an $8,000 tax. The dealer isn't likely to absorb this since it would decimate any chance of a profit on the vehicle.

Instead, it would be passed onto the consumer when they're sitting in the finance office at the dealership. State and local taxes run somewhere around 5 percent, on average, on a new car's transaction price (rather than its invoice price).

That Mexican-built Ram that currently lists for $45,000 and sells for $40,000 is subject to around $2,000 in taxes at the state and local level. If the 20-percent figure currently being floated around Washington is implemented, that pushes the total tax burden to about $10,000—with $8,000 of that collected by the federal government.

By building the car in Mexico, it is taxed on its higher value as a complete vehicle rather than as a bunch of parts waiting to be assembled.     "Whichever country added value to the good last, that's the rule that's going to apply to the product," Wellhausen explained. Doing final assembly of the car in the U.S., rather than in Mexico, would lessen an automaker's exposure to a tariff. 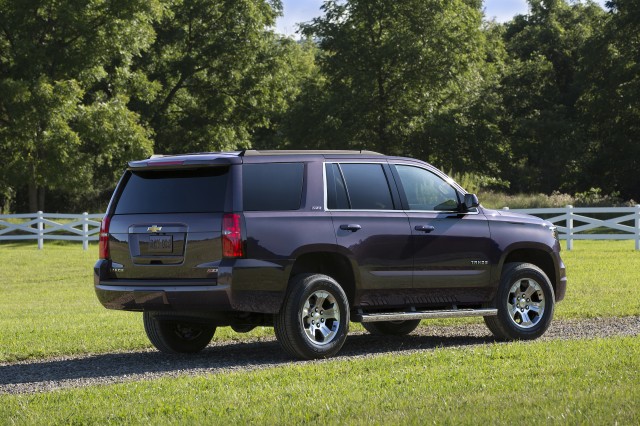 A car built in the U.S. with many Mexican parts

This is perhaps the most complicated scenario: a tariff could affect cars assembled in the U.S. assembled with parts sourced from Mexico. For instance, nearly half of what goes into a 2017 Chevrolet Tahoe comes from Mexico, even though the SUV's final assembly is completed in Arlington, Texas.

Those Mexican-sourced parts could be subjected to a 20 percent tax on their own, which would be factored into the price of the Tahoe.

In this case, it's possible that suppliers building seats and radios for Tahoes may have to cut costs—wages, overhead, and profits—if they want to remain competitive.

"Mexican suppliers may have a lot of leverage over American buyers, or they may be able to absorb the tax themselves," Wellhausen said.

That's especially concerning to Representative Lloyd Doggett, D-Texas, who warned that a border tax would "disrupt Texas commerce with our most important trading partner."

Doggett's district encompasses much of the Interstate 35 corridor between San Antonio and Austin, where countless trucks make their way to points in the U.S. loaded with goods from Mexico.

All told, Mexico, which has been targeted specifically by the Trump administration, exported about $74 billion worth of cars to the U.S. in 2015, the most recent year for which data is available. Vehicles represent the largest single chunk of exports from Mexico to the U.S. and every major automaker now builds cars in Mexico, something that couldn't be said prior to 1994 when NAFTA was signed into law by President Bill Clinton.

About one in 10 new cars sold in the U.S. was built in Mexico in 2015, although that figure is poised to increase as several automakers have invested heavily in assembly plants south of the border. 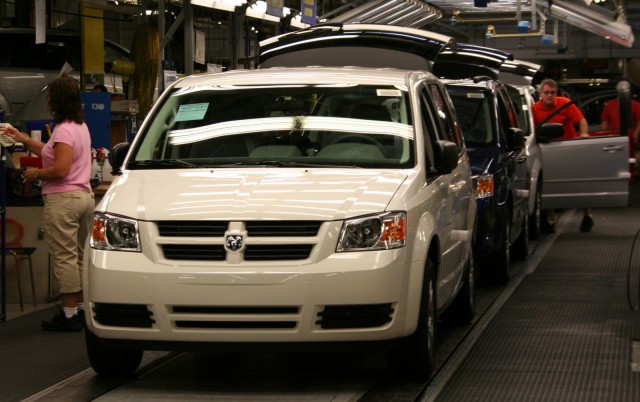 How Canada fits in

One aspect of NAFTA not necessarily making headlines is how this could affect new car production in Canada, which is centered in an industrial corridor between Windsor, Ontario, and Toronto.

In 2015, Canada exported about $55 billion worth of light vehicles to the U.S. built by the Detroit Big Three, Honda, and Toyota. Although Canada itself isn't a massive new car market, it's a big producer of vehicles. It's not clear if the Trump administration would levy the same tax on cars built in Ontario as those assembled in Chihuahua, for instance, or if it would implement a transit tax for goods passing through the U.S.

"Mexico could divert trade to Canada around the United States," Wellhausen said. "Both Canada and Mexico produce more goods than they consume, meaning they're not destination markets."

Diverting trade around the U.S. could either avoid taxation or simply be a retaliatory move. Either way, it's something automakers generally don't do; a Volkswagen spokesman told The Car Connection that Jettas built in Mexico make their way through the U.S. via rail to dealers in Canada.

However, the automaker "would certainly look at" more cost-effective ways to ship vehicles if a transit tax were to be implemented. VW is one of Mexico's largest producers—and one of its oldest, having assembled the automaker's cars since 1964.

While there are certainly no firm answers now, any changes to NAFTA could have an almost immediate affect on new car prices.