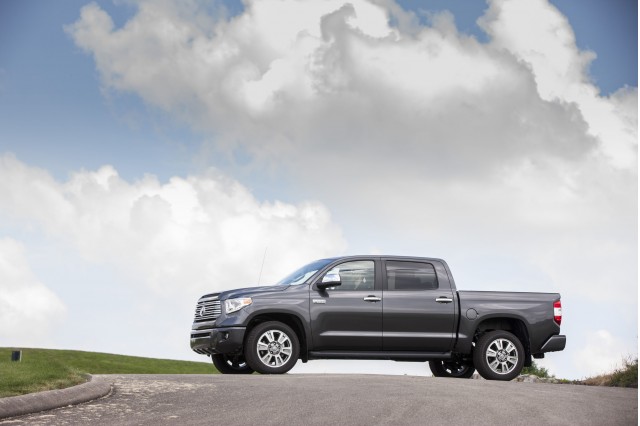 If you drive a 2016 or 2017 Toyota Tundra, listen up: Toyota is recalling nearly 73,000 of those pickups in the U.S. to repair a problem with their rear bumpers.

That problem is rooted in the resin reinforcement brackets that support the corners of the bumpers. Toyota says that if a bumper is hit, those brackets can become damaged without the owner noticing, leaving the bumper unable to support a person's weight. If someone then steps on the bumper, it can give way, creating the opportunity for a nasty fall and a potential injury.

Toyota will begin mailing recall notices to Tundra owners in mid-February. After receiving those notices, owners will be able to take their trucks to Toyota dealers, who will replace the resin brackets with ones made of steel. The tread covers on the rear bumper will also be replaced. Both fixes will be carried out free of charge.

If you own one of these vehicles and have further questions, you're encouraged to visit Toyota.com/recall or Safercar.gov/vin and enter your Vehicle Identification Number. You can also call Toyota Customer Service at 1-800-331-4331.