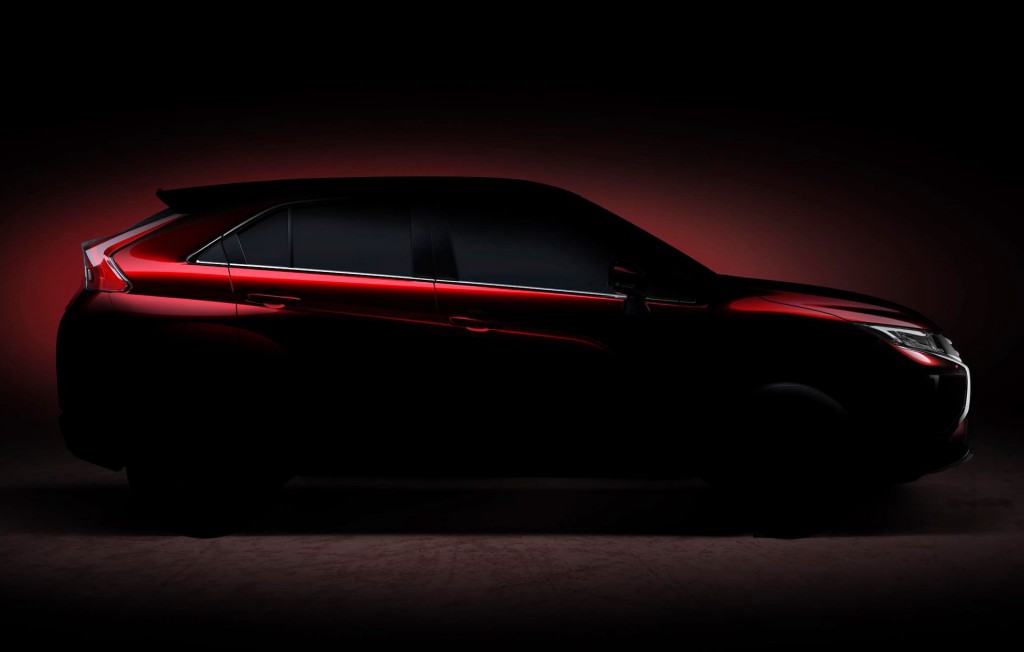 Mitsubishi says it will plug what it sees is a gap between its subcompact Outlander Sport and three-row Outlander crossovers with an all-new model.

Although not much is known yet about what will become the third crossover in Mitsubishi's lineup, the Japanese automaker released a teaser image that gives us a hint as to what's yet to come. The new crossover will debut at the Geneva Motor Show in March—and an American market variant is likely to be unwrapped at the New York International Auto Show about a month later.

The teaser photo doesn't reveal a lot, but it does suggest some aggressive proportions. The rearmost roof pillar is rather wide, leaving a small third window. As a result, we doubt this new model will be a three-row crossover like the Outlander.

This new crossover could spur Mitsubishi to upsize the current Outlander, which at a hair under 185 inches from head to toe is among the smallest three-row crossovers on the market. To better compete in terms of interior space against strong-selling family-oriented crossovers like the Toyota Highlander and Ford Explorer, the Outlander really needs to offer about 8 to 10 inches more length and a little more width.

By contrast, the Outlander stretches under 171 inches, making it among the smallest subcompact crossovers on the market.

Last year, sales of the Outlander actually increased—but at fewer than 27,000 sold in the entire calendar year, it's but a bit player in the fast-growing and lucrative mid-size crossover segment. The Outlander Sport was down slightly, although it's still the brand's best-selling model in the U.S.