2018 Subaru Crosstrek to debut next month 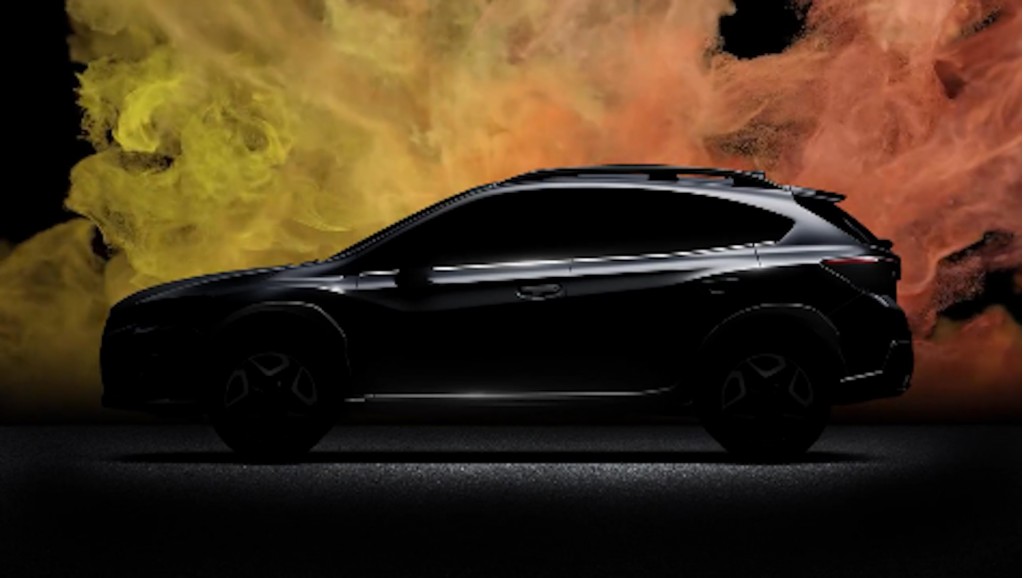 The all-new 2018 version Subaru's remarkably popular Crosstrek quasi-crossover will make its debut next month at the Geneva Motor Show in Europe. To whet the appetites of those eager to take the new Crosstrek to their local ski slope, the automaker has released a single teaser image that gives us a great feel for what's to come.

The good news for those who helped make the Crosstrek the brand's third-best seller—almost double the volume of the Subaru Impreza on which the current Crosstrek is based.

That formula rolls into 2018 unchanged, although the Crosstrek will now take advantage of Subaru's all-new 2017 Impreza on which it will be based. The latest Impreza shares little with its predecessor and features a new platform and a vastly-improved interior.

The next-gen Crosstrek is said to boast a more butch look than the current Impreza-on-stilts look, but the teaser clearly indicates a familial resemblance. It once again boasts considerably more ground clearance than the Impreza and features a chunky roof rack. It's hard to say if the unpainted fender flares that mark the current model will be included, however.