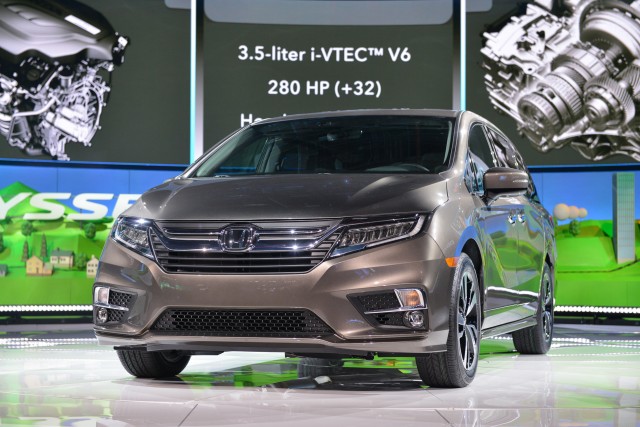 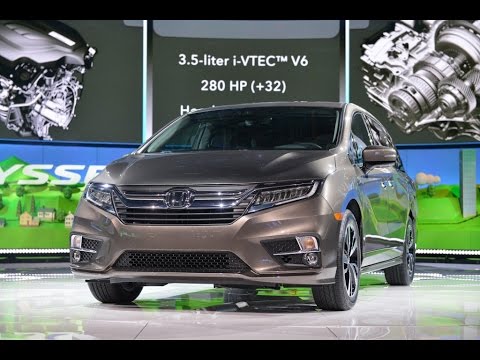 For a while now the Honda Odyssey's been the standard when it comes to the minivan segment. That is, until Chrysler came and dropped the new Pacifica into the market. Facing strong competition from the Chrysler Pacifica, not to mention every possible crossover on the market, the Honda Odyssey is new for 2018.

Outside, the Odyssey retains the belt line bump that debuted on the last generation of this van. Up front, it’ll stand out with a chrome-heavy grille and big headlamps. At the rear, the chrome theme continues with a big bar between its tail lamps.

Inside it's about convenience features. Chief among those is a multi-configurable second row of seats that consists of three individual units and a track that allows them to be scooted from side to side. The possibilities aren’t endless, but owners can pick between a bench for three, captain’s chairs with or without a center console, a bench for two, or even just a single seat. Not only that, but the outboard seats can be tilted forward with a child seat still attached, something that couldn’t be done in the last Odyssey.

But the elephant in the room, or the interior in this case, is that the second row seats need to be removed by hand and stored elsewhere. They can’t be stowed into the van’s floor like in the Pacifica. The Odyssey’s third row can be tumbled away, however.

At least it’ll be easy for drivers to keep their eyes on their passengers. With a child seat attached, the middle seat in the second row can be pushed forward so that it sits just behind the driver and passenger’s seats, which means it’ll be easy to check up on a testy little one, or reach back there, which isn't distracting or unsafe at all.

CHECK OUT: Bronco and more: Ford’s crossover showroom of the future

Building on the intercom system found in the Toyota Sienna, Honda has installed a camera in the Odyssey’s headliner that relays a live feed directly to a high-resolution screen in the driver’s instrument cluster.

Under the Odyssey’s hood sits a new 3.5-liter V-6 rated at  280 horsepower. Some models will pair that V-6 to a 9-speed automatic, while the range-topping variants will utilize a 10-speed automatic transmission. All Odysseys are front-wheel drive; Honda has no plans for an all-wheel drive variant.

On the safety front, all but the base Odyssey will come standard with automatic emergency braking and adaptive cruise control for 2018, and Honda has made knee airbags standard for the driver and front passenger.

Honda isn't talking fuel economy or pricing just yet, but the new 2018 Odyssey will be hitting dealerships nationwide in the spring.