Ford will sell self-driving taxi by 2021 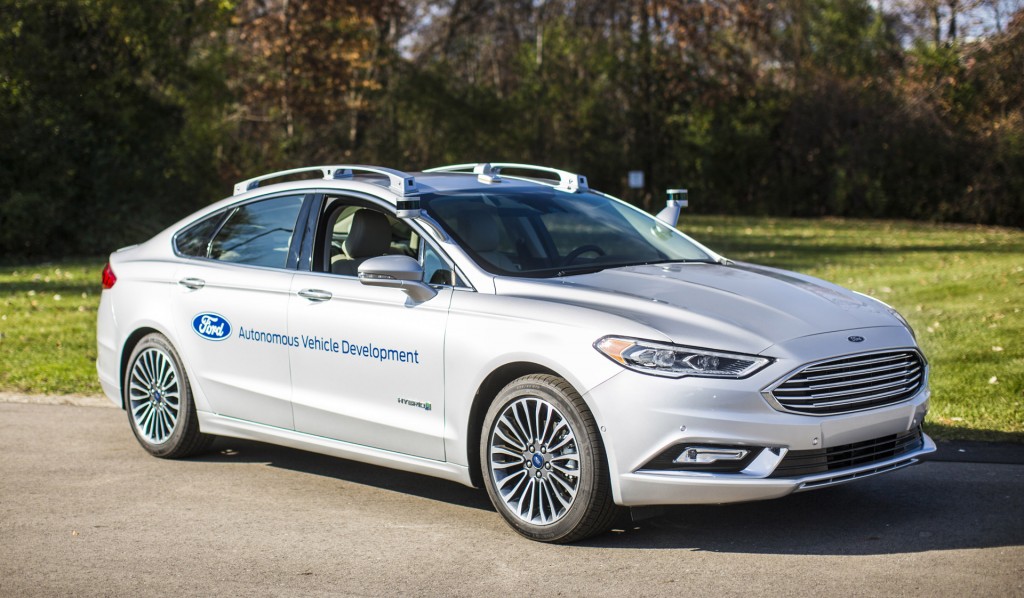 Ford will build in North America and sell a self-driving hybrid taxi within 5 years, its CEO announced Tuesday.

Mark Fields told a crowd at the automaker's Flat Rock, Michigan, assembly plant that Ford would redirect $700 million earmarked for a new plant in Mexico back to the States for the project. In 2015, Ford told employees that it would send manufacturing of its slow-selling hybrid C-Max and small Focus cars to Mexico at a new facility that would have cost $1.6 billion. On Tuesday, Fields scrapped those plans and said that Flat Rock would build the self-driving hybrid car by 2021 and an all-electric SUV by 2020.

The automaker was especially tight-lipped about details for its self-driving car. Ford didn't say what ride-sharing service it would align itself with—or if it would create its own, like GM's Maven—nor did they say where they would sell the car. Currently, self-driving cars are only allowed on a very limited number of public streets in the U.S.

In August 2016, Fields told a crowd in Palo Alto, California, that Ford would make available by 2021 self-driving cars that met the Society of Automotive Engineers' standards for level-4 autonomy, which means that there wouldn't be gas or brake pedals, or a steering wheel.

Rumors about a possible relationship between Google and Ford have swirled for more than a year, although none of those details have been ever made public.

In a statement, Ford said that the self-driving hybrid taxi would be built along with the Ford Mustang, Lincoln Continental, and a new electric SUV—but not necessarily based on any of them. Flat Rock assembly once built the Ford Fusion, which Ford has used extensively for autonomous testing, although production of that sedan recently moved to Hermosillo, Mexico.