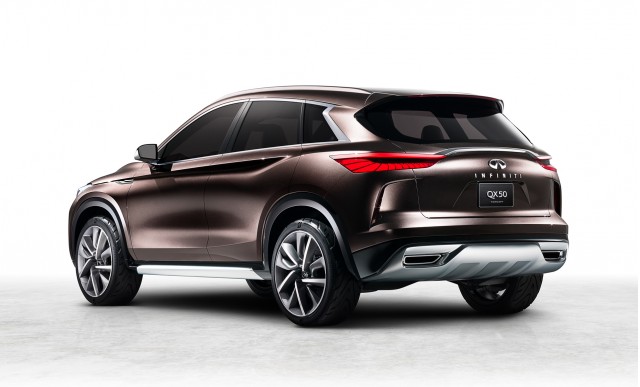 Infiniti's QX50 is starting to look and feel a little gray around its temples—but the automaker has a new model on its way.

Before Nissan's luxury division shows off the next-generation QX50, which will likely arrive as a 2018 or 2019 model, a thinly-veiled concept car is headed to January's Detroit auto show.

Looking almost ready for dealer showrooms, the QX50 concept car is an update of the QX Sport Inspiration that the brand showed off in Beijing last spring.

But the QX50 concept will illustrate more than just the showroom-bound model's looks since it will also preview the company's ProPilot semi-autonomous driving features and a new 2.0-liter turbocharged 4-cylinder gasoline engine. 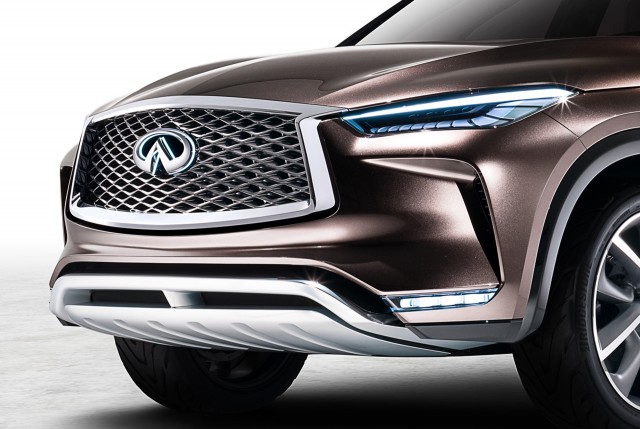 While we don't know much about ProPilot yet, Nissan and Infiniti have been at the forefront of self-driving tech. We should see some major advancements in the QX50 that will be spread to other models in the brand's lineup. As for the new engine, it features a variable compression ratio designed to help it both save fuel (with high compression) or deliver more performance (think low compression) as needed. Infiniti rates the engine at 268 horsepower and 288 pound-feet of torque, impressive figures for an advanced 4-cylinder turbo motor.

The production version of the next QX50 could debut as early as spring's New York auto show.