Tesla tops owner satisfaction survey; Fiat, not so much 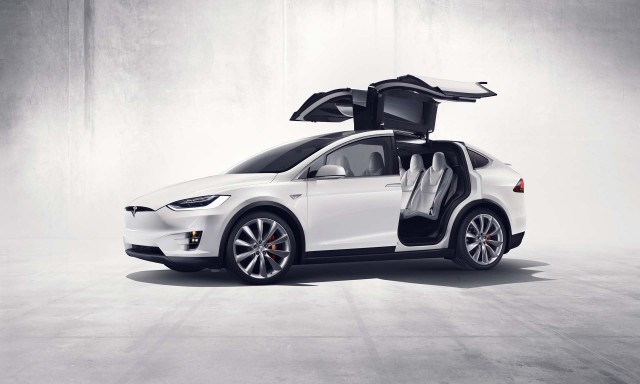 If you could do it all over again, would you buy the car you're driving now? That's the question Consumer Reports asked 300,000 owners of vehicles from the 2014-2017 model-years. Their responses form the basis of the company's 2016 Owner Satisfaction Survey.

What's interesting about this particular survey is that it doesn't focus on individual models, but on a brand's entire lineup. That provides a sense of how consistent companies are in creating vehicles that delight consumers.

That becomes pretty telling when looking at a company like Nissan. Survey results show that the Nissan Murano is generally well-liked by owners. However, Nissan as a whole was ranked 28th out of the 29 brands included in the survey. In other words, the Murano is something of an outlier in the Nissan lineup. For the most part, Nissan owners want something from their cars that Nissan isn't giving them.

The big winner in Consumer Reports Owner Satisfaction Survey was Tesla. When the responses had been tallied, 91 percent of owners said that they'd buy their Tesla all over again.

Maybe that's not surprising. Tesla was the first automaker to create a sexy, craveable, fully electric vehicle. The company is led by a hugely charismatic entrepreneur. And of course, it's an upstart, an underdog in the auto industry, and who doesn't like rooting for the underdog? It's probably to be expected that Tesla owners would feel passionate about their car brand and excited by the vehicle they drive.

The number-two brand on the survey was Porsche, with 84 percent of owners expressing a willingness to buy the same car again. Lower rungs were separated by smaller gaps: Audi, Subaru, and Toyota rounded out the top five brands, with scores of 77, 76, and 76 percent, respectively.

At the other end of the scale, we find Fiat. Just 53 percent of Fiat owners expressed a willingness to buy the same car again if given the chance. That's probably to be expected, given how Fiat has struggled on other surveys, like J.D. Power's Initial Quality Study. Our own reviewers rated the brand's flagship 500 model one of the worst cars of 2015.

As mentioned above, Nissan landed in the next-to-last spot, with only 58 percent of owners saying that they'd happily hop in a TARDIS and buy their Nissan again. Infiniti, Acura, and Jeep were at the bottom too, with scores of 58, 58, and 60 percent, respectively.

In reviewing Consumer Reports' findings, it's interesting to see that the results are all over the map--literally.

Consumer Reports has a reputation among some consumers for being predisposed toward Asian brands, while being overly critical of U.S. companies. In this particular case, though, the love (and hate) is spread pretty evenly, with American, Asian, and European marques littered up and down the list.

It's also worth noting that this survey has little to do with reliability--at least not directly. While similar surveys tally the number of repairs a vehicle has needed or how much owners have spent on maintenance, this survey relies on far more qualitative data. That may help explain why Tesla ended up on top: because its owners are a passionate bunch, willing to overlook some of their vehicles' shortcomings because they believe in the company so profoundly. (Sound familiar, Apple fans?)

How about you: would you buy your car all over again? Is it everything you'd hoped it would be, or has it failed to live up to your expectations? Let us know in the comments below.

You can see the rankings from Consumer Reports' Owner Satisfaction Survey here.