California lives up to its threat, forces Uber's self-driving cars off the road 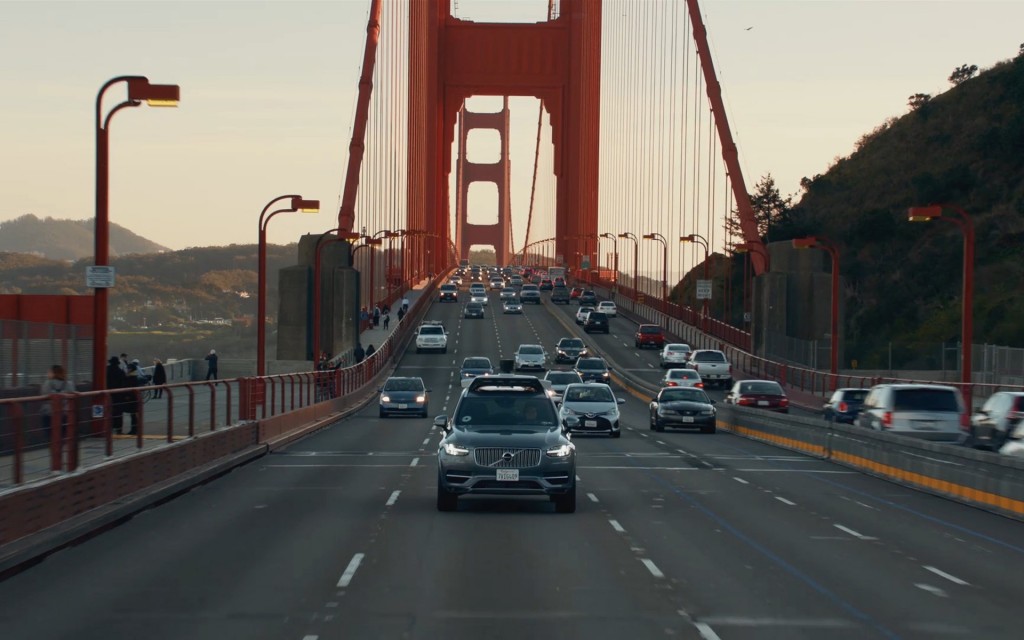 For more than a week, tensions have run high in San Francisco due to a stand-off between the California Department of Motor Vehicles and ride-sharing giant, Uber.

We're happy to report, however, that the confrontation over self-driving cars has finally come to an end: the DMV prevailed by forcing Uber's autonomous fleet off the road, literally.

If you missed all the hullabaloo, (a) congratulations, and (b) it's pretty easy to bring you up to speed.

On Wednesday, December 14, Uber officially launched a pilot program that added autonomous cars to the company's San Francisco fleet. Most of the vehicles were Volvo XC90 crossovers, though there were a few Ford Focus sedans in the mix, too. All had been equipped with radar and other sensors, managed by Uber's own self-driving software.

The DMV had apparently know about the program for some time, since Uber had been testing the vehicles on the not-so-down-low for months. However, the agency did nothing to stop the program until it went public last week, which forced the DMV's hand.

The DMV insisted that Uber suspend the program until it received a license to test autonomous vehicles on the state's public roads. The agency said that more than 20 companies had applied for and received such licenses, and that Uber had to play by the same rules.

Uber, however, insisted that its vehicles weren't autonomous according to California law, because that law defines self-driving vehicles as those that can operate "without the active physical control or monitoring of a natural person". As Uber glibly noted, it had two engineers riding in every vehicle equipped with self-driving tech, and therefore, the vehicles weren't capable of operating without human monitors.

That flippant line of reasoning didn't cut it with the DMV. And so, after talks between the two sides fell apart yesterday, officials revoked the registrations of every autonomous vehicle in Uber's fleet.

Uber has parked the vehicles while it looks for other places to deploy them.

If Uber was hoping to win public support by thumbing its nose at the DMV, it failed spectacularly. The fact that California allows testing of self-driving vehicles on public roads with the proper permit made Uber's reluctance to secure such a permit seem very, very suspicious.

Let's be clear: Uber's vehicles are autonomous, even if they require human monitoring. As with its questionable employment and insurance practices, Uber was simply trying to push the boundaries--in this case, to avoid the reporting required of licensed autonomous vehicles. After all, if Uber doesn't get a permit, it doesn't have to inform the DMV about crashes, instances of human takeovers, or other events in its self-driving cars.

Uber defended its position by noting that Tesla didn't have to get approval for its Autopilot technology, which requires human monitoring, so why should Uber? However, that line of reasoning doesn't get very far:

1. For starters, Autopilot is not a fully self-driving feature. On the Society of Automotive Engineers' six-point scale of autonomous technology, Autopilot rates about a two. Uber's software is closer to a five. That's a significant difference.

2.  Also, Autopilot exists on privately owned vehicles. Uber's vehicles are part of a fleet, which is operated by the very same company that developed the self-driving technology. Corporations may be people, my friend, but they're held to different standards than private individuals.

3. Finally, Autopilot isn't free from controversy itself. Many safety advocates, regulators, and auto industry folks would've preferred that Tesla not deploy Autopilot to the public until it was fully proven.

Look, we're all for disruptive technologies, and we're certainly down for some controversy now and then, particularly where laws are unclear or haven't yet been set. But California has dealt with the issue of self-driving cars, and other companies are playing by the proper rules. Uber should do the same.