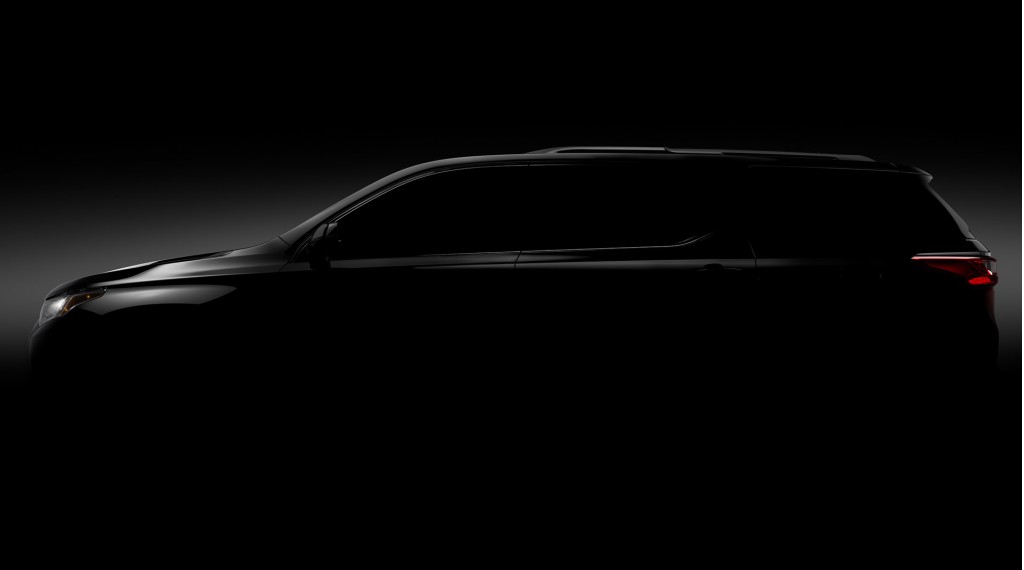 Chevrolet is set to take the wraps off of an all-new Traverse three-row crossover SUV next month at the Detroit auto show.

Unlike the GMC Acadia, the Traverse won't downsize. Although it will ride on an all-new architecture and is expected to feature a new V-6 and 8-speed automatic combination, Chevrolet is boasting that it will provide the roomiest third row in terms of leg room and the largest cargo area in its class. The Traverse will also have seating for up to eight, while the Acadia can only fit seven passengers.

A little background: Until the 2017 model year, the Acadia and Traverse were essentially the same vehicle, albeit with mildly revised styling inside and out. For 2017, the Acadia was downsized in an effort to compete more directly with vehicles like the Ford Explorer and Honda Pilot. The Traverse, meanwhile, soldiered into 2017 unchanged. (Confusingly, the last-generation Acadia also carries over into 2017 as the Acadia Limited, but it is not expected to survive into 2018).

The 2018 Traverse will likely not diverge significantly from the current model's proportions, which means it could remain as much as 10 inches longer than the Acadia. In other words, you might want to measure your garage before taking home a new Traverse.

Parent company General Motors' two-prong crossover strategy is unique in that the Traverse will continue to offer about the same exterior footprint as the Chevrolet Tahoe, but with a roomier interior, better fuel economy, and more car-like driving dynamics.

By contrast, the Acadia is intended to be more of an occasional use third row vehicle.

Stay tuned for more details in early January when the 2018 Traverse finally bows.