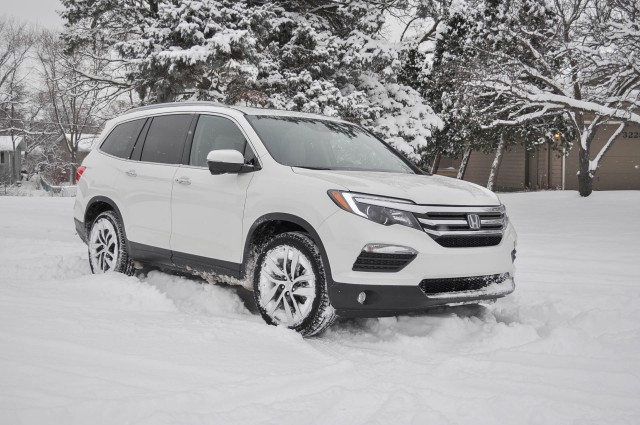 Our long-term Pilot is safely out of the snow belt now, but its short winter stint in the Great White North was just enough to give it a heavy dose of winter.

Spending the summer and fall months in the Midwest gave our Pilot exposure to kids, dogs, family road trips, and of course, the Home Depot run and Bed, Bath, and Beyond, if there was time.

Before our white family hauler left the Midwest, winter rolled in. We aren’t talking just cold, but snow. Real snow. A legitimate blizzard with measurable snow (over 8 inches then we stopped counting) blasted through Minnesota.

This gave us the perfect opportunity to really test the Pilot’s all-wheel-drive system.

Today the question is: how does the 2016 Honda Pilot handle winter weather when it gets nasty outside?

The Pilot’s powered by a horizontally-mounted 280-horsepower 3.5-liter V-6 which sends power to all four wheels. While front-wheel drive is standard, we opted for all-wheel drive, which, in normal driving sends most of the power to the front wheels. Of course, it can automatically send power to the rear when necessary.

ALSO SEE: 2016 Honda Pilot long-term road test: is the safety tech worth it? 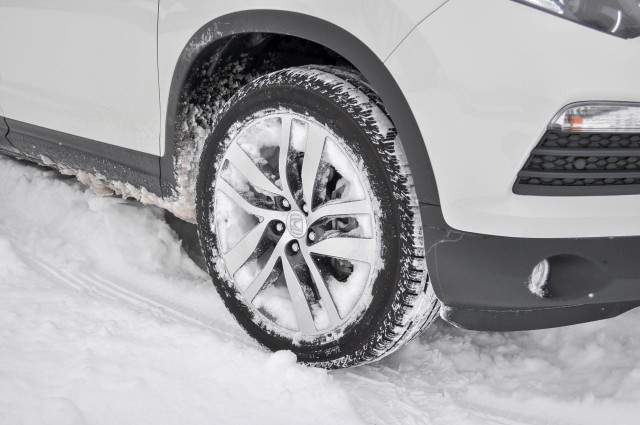 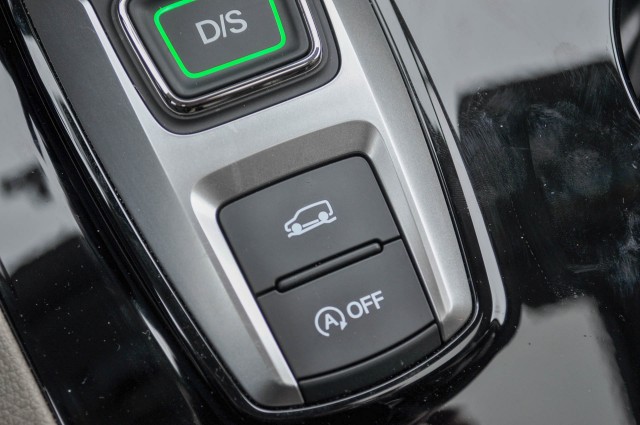 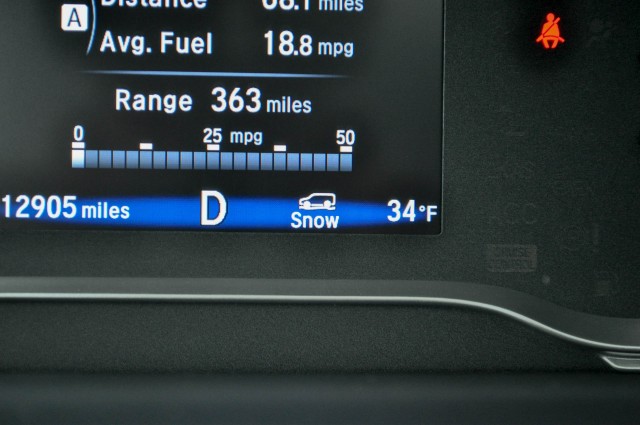 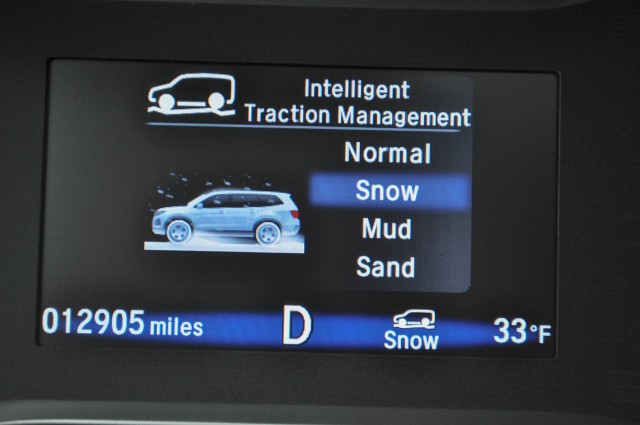 What it’s like when the white stuff is flying

Each and every time you start the Pilot it will default into the Normal drive mode. With any measurable snow accumulation on the ground it won't even take a few blocks for you to have the Pilot slipping and sliding. The yellow electronic stability control system and traction control lights will be flashing like Uncle Bob at the Christmas Party after chugging the entire carton of eggnog.

Fun fact: Turns out the Pilot is quite driftable and balanced if you slide it around. Of course, that’s not something we would ever recommend, and never do such things with your children in the car.

Push the Intelligent Traction Management button to flip the Pilot into Snow mode and the entire vehicle changes. The throttle delivers fuel more slowly, the all-wheel-drive system shifts more power to the rear, the transmission automatically does a second-gear start, and manual shift control via the paddle shifters is disabled.

While these changes might not seem like a big deal, it’s as if the Pilot transforms into a completely different vehicle. One that’s far more capable in snow than you would imagine, especially on 20-inch wheels and Continental all-season tires.

The electronic stability control system and traction control lights almost never come on, the wheels don’t seems to slip nearly ever, and the entire vehicle feels more confident. You won’t find yourself sliding around a corner or the tires slipping as they search for anything to grip from a standing start.

While the Snow mode makes the Pilot feel far more capable in the white stuff than we expected, it’s worth noting you will not want to drive with it enabled on clear, or simply wet, roads. The slower throttle makes power far harder to access for accelerating or passing. You’ll want to flip it back into Normal mode once the roads are clear.

Reality is reality, and the Pilot isn’t a Jeep Grand Cherokee or a pickup truck. It’s not going where a Toyota Land Cruiser is going when the weather gets bad, but it’s far more capable than you think. What’s more, it’s clearly up to the task of getting you and the kids to brunch at your parents house when Old Man Winter blows through town with his blizzard.

What’s next for the Pilot?

The Pilot has just headed south for the remainder of its stay where it will spend the holidays road tripping up and down the east coast.

We’ll have another fuel economy check-in, and a full wrap-up of what it’s been like having the Pilot for an entire year.