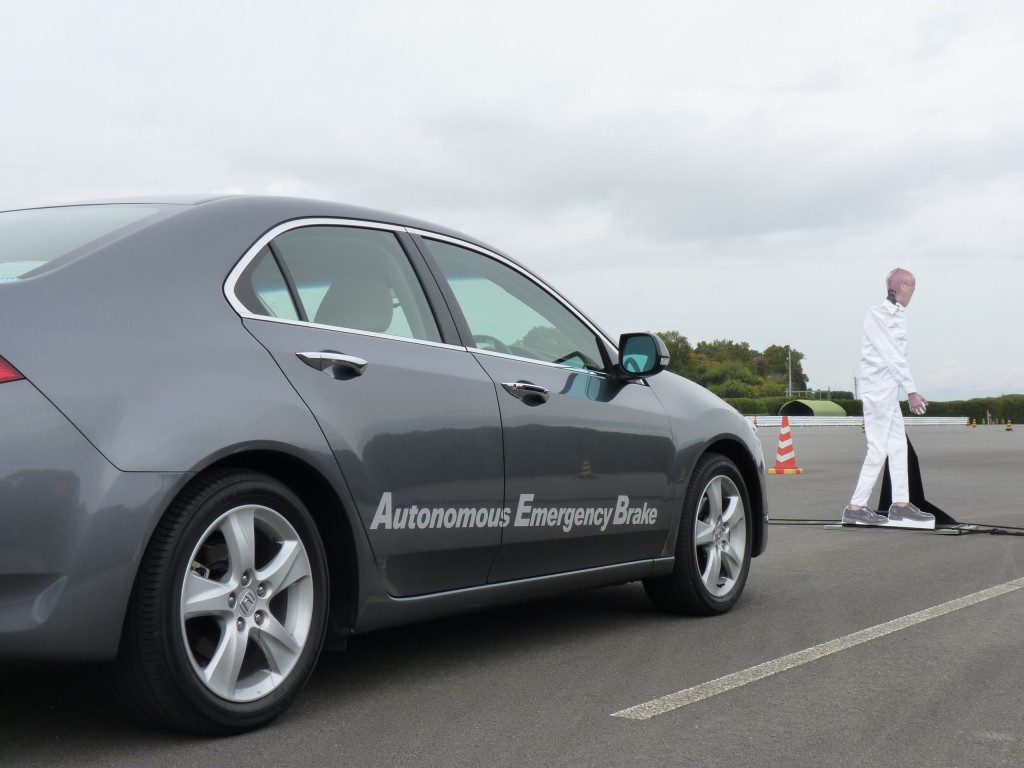 Many of you seem underwhelmed by automatic emergency braking, but earlier this year, more than 20 auto brands vowed to make the technology standard on new vehicles by the year 2022.

The only problem? Those vows aren't binding, which leaves car companies free to renege on their promises. The National Highway Traffic Safety Administration brokered the handshake deal in the hope of avoiding the long, drawn-out process of formally approving regulations.

That pragmatic approach hasn't sat well with auto safety advocates, who've now sued NHTSA in federal court. They're hoping that the lawsuit will force the agency to take a stronger stand on automatic emergency braking--a stand that includes consequences for non-compliance.

The suit has been brought by Consumer Watchdog, the Center for Auto Safety, and Joan Claybrook, a former NHTSA administrator who's been affiliated with the advocacy group Public Citizen. NHTSA and its current administrator, Mark Rosekind, have been named as defendants.

Technically speaking, the suit comes in response to NHTSA's delayed reply to a petition that the groups and Claybrook filed on January 13, 2016. In that petition, NHTSA was asked to mandate the implementation of three safety technologies: forward collision warning, crash imminent braking, and dynamic brake support. The groups and Claybrook state that NHTSA's own estimates suggest that 910,000 crashes in the U.S. could be mitigated or avoided each year if the technologies became standard equipment.

NHTSA is required to respond to petitions within 120 days--in this case, May 12. To date, the agency hasn't replied.

In a statement, Claybrook sums up the activists' concerns:

"Voluntary standards don’t work They protect manufacturers, not consumers. AEB is one of the most important lifesaving automotive systems available today. Yet the U.S. Department of Transportation is refusing to use its statutory authority to assure that consumers can rely on a safe AEB system in every car sold in the U.S. and won’t even answer our consumer petition for action."

NHTSA hasn't yet responded to the suit.