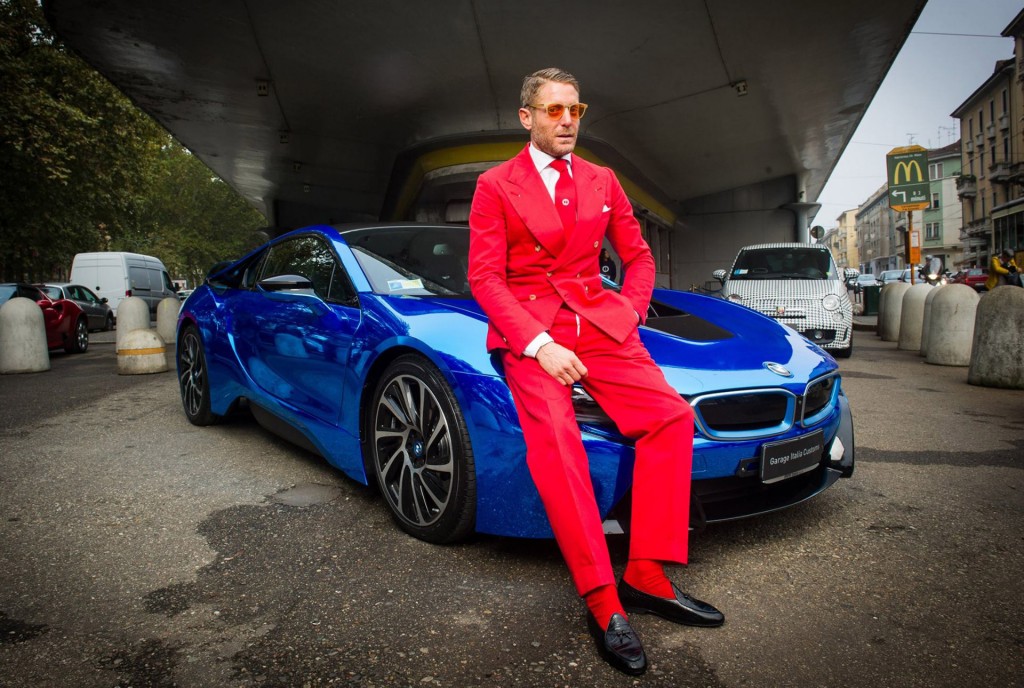 We interrupt your regularly scheduled write-ups of recalls, reader surveys, and Dieselgate news for a story about a poor little rich kid who's in trouble with the law...again.

The kid in question is the nattily dressed gent you see above: Lapo Elkann, an heir to the Fiat fortune and brother of Fiat Chrysler Automobiles' current chairman, John Elkann. According to the New York Post, 39-year-old Lapo was arrested in Manhattan over the weekend on charges of faking his own kidnapping.

Neither Elkann nor his family has issued a statement on the matter. However, it appears that Elkann arrived in New York on Thanksgiving and quickly began contacting escort services. Before long, he'd racked up a sizable bill with his chosen sex worker. And while many people in that situation might've paid their debts by hustling to an ATM or whipping out a credit card (who doesn't take Square these days?), Elkann decided to call a family friend.

Even then, unpleasantness could've been avoided if Elkann had simply fessed up to his throwdown in the city. But for some reason, the playboy decided to tell the friend that he'd been kidnapped and was being held for $10,000 ransom.

That alone should've been a tip-off to Elkann's family that something was fishy with his story. After all, if you're the heir to an industrialist's dynasty, why would a kidnapper take you hostage for a mere $10,000?

Unfortunately, reason wasn't ruling the day, and Elkann's family called the police, who subsequently stormed the housing project across from Bellevue Hospital where Elkann was being "held".

By then, Elkann had probably sobered up a bit, but not enough to recant his fib. And so, he filed a report, which led to the escort being arrested and charged with grand larceny. When the police investigated, though, Elkann's story quickly unraveled, the charges against the escort were dropped, and Elkann was charged with falsely reporting an incident.

Even if you've never heard of Elkann, it won't surprise you to learn that he's hit rough patches before. Most notably, he ODed on cocaine while partying with a different prostitute in Italy in 2005 and barely lived to tell the tale. That fiasco led to Elkann departing Fiat and laying low in the U.S. for more than a year.

Obviously, last weekend's scandal won't have any effect on Fiat Chrysler Automobiles, but Elkann will probably need to offer his family more than a store-bought panettone to get through the holidays in one piece. He'll also need to be back in New York for his arraignment on January 25.

FWIW, here's one of Elkann's last Instagram posts before he departed for the U.S. And he was right: he did see "many very interesting characters", didn't he?

For more on this story, visit MotorAuthority.com.