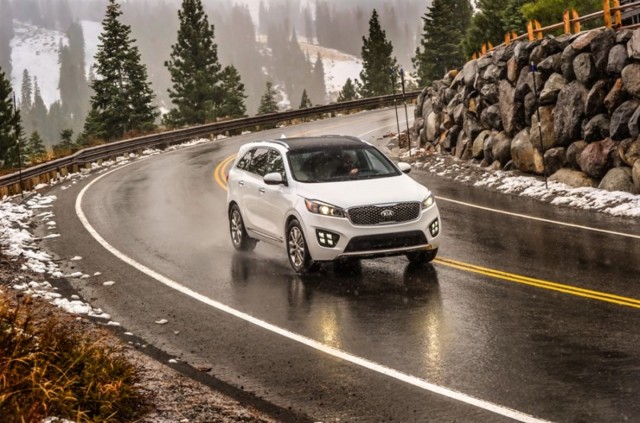 Kia is recalling the 2016 Sorento crossover to fix a manufacturing flaw associated with its driver's seat. The problem stems from dodgy weld joints on the seatback frame, which could increase the risk of injury to occupants in the event of a crash.

This is the second welding-related recall for the 2016 Sorento. The first involved the vehicle's suspension, which was manufactured by Hwashin America Corporation. In this second case, however, the welds were applied by a robot at the Hyundai Dymos Georgia factory in West Point, Georgia. As they are, the joints might allow the seat frame to break during a rear-end collision, which would prevent the seat from restraining the driver as intended.

Thankfully, the recall is limited to a fairly small population of Sorento vehicles manufactured between March 3, 2016 and March 21, 2016. The National Highway Traffic Safety administration reports that 1,408 vehicles registered in the U.S. will need to be repaired.

Kia expects to mail recall notices to owners of affected vehicles by December 9. After receiving those notices, owners will be able to take their Sorentos to Kia dealers, who will inspect the welds and replace the frame on the driver's seatback as necessary.