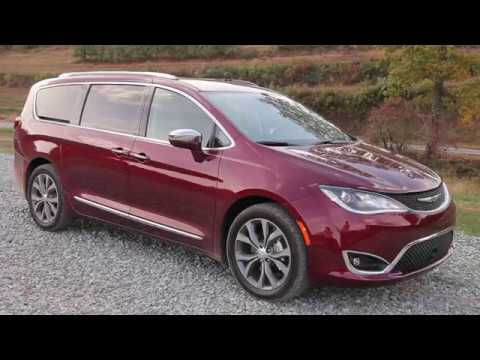 Each year, The Car Connection's editors drive hundreds of vehicles, over thousands of miles, to rate and rank every new car.

We travel around the country and around the world to be among the first to sample new cars. We drive our friends and families around in our hometowns with weekly test drives. We do it all so we can tell you, with confidence, "Never mind the commercial or the cheap lease deal--this is the one you really should buy."

This year, the choice was pretty easy. One vehicle stood out among the ranks of new or significantly updated vehicles introduced for the 2017 model year.

The Pacifica not only won our overall award, it also took home our Best Family Car and Best Minivan awards. It earned the highest score of new 2017 models in our ratings, at an 8.3 out of 10.

Here's how we decided on the TCC winners. First, we put together the list of new and significantly updated vehicles, and add in a stray or two from the last model year--sometimes, the car-introduction calendar doesn't perfectly align with our November deadlines.

Then we eliminate any vehicle with a base price of more than $50,000. This year, that marginalized some vehicles--the Volvo S90 just made our cut, while the Mercedes E-Class did not.

Then we eliminate vehicles unavailable for road tests by our editors prior to November 1, 2016, and unavailable for purchase by April 30, 2017. That means you'll see the Lincoln Continental in next year's pageant.

Finally, we cut our list to vehicles to the top ten in our TCC Rating, and eliminate vehicles that will not outpoint our top-rated vehicles, should pending safety scores raise their overall TCC Rating. We consider safety an essential piece of the Best Car To Buy puzzle, and no car wins the award if it scores less than an NHTSA five-star overall rating, or an IIHS Top Safety Pick.

MORE: Read our first drive of the Chrysler Pacifica

The Pacifica won with a clear majority of hands raised and scores totaled. It's nothing short of a rethink of the minivans Chrysler invented back in 1983. As it replaces the Grand Caravan and Town & Country, the Pacifica does more for families than any other Chrysler vehicle, and more than the other minivan leaders, the Toyota Sienna and Honda Odyssey.

The Pacifica's charms start with an attractive body and an even more handsome cabin, with flowing shapes and nicely turned-out finishes. Performance isn't the first yardstick we measure minivans with, but the Pacifica's 287-hp V-6 and 9-speed automatic go above and beyond most minivan driver's needs. Handling is better than average, and the Pacifica will be the first plug-in minivan, and will offer 30 miles of battery driving with its gas-electric drivetrain.

The Pacifica's simply the most thoughtful minivan you can buy. The two rows of fold-away seats turn it from family truckster to actual truck, a body that will haul plywood sheets and furniture as well as it will shuttles to school.

Its details are on point for its family mission. An in-car vacuum has enough hose to clean out the other car in the garage. The DVD system's twin screens come with their own "Are we there yet?" app. Surround-view cameras give the driver a complete view of garage walls, parking-deck lines, and possible obstacles.

Above all, the Pacifica's crash test scores have been almost perfect, and its safety technology is absolutely cutting-edge.

The Pacifica is our overall winner, but for the first time this year, we've also named a best vehicle in each category. These are chosen from the top-rated vehicles in their class, with credit given to exceptional vehicles--whether they're exceptional for performance, technology, driving fun, or functionality.