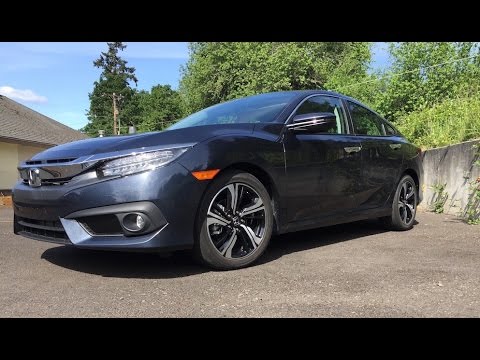 Marketing speak tries to tell us that everything from a four-door SUV to a hardtop convertible now can be called a coupe. We're not swayed by those arguments. We know a coupe when we see one, and the 2017 Honda Civic Coupe certainly ticks the right boxes.

The Civic is our Best Coupe to Buy 2017 for a different kind of "check" this year: It's the relatively small check buyers need to write to drive a Civic Coupe off dealer lots.

Early competition for our coupe award was crowded, but thinned quickly once we instituted our price cap. That's not a backhanded compliment; the Civic Coupe outpoints many more expensive rivals even when value isn't a consideration. Starting at around $20,000, the Civic Coupe is an affordable new-car option for buyers not yet ready for full-fledged, four-door adulthood—or empty-nesters who've newly shed those responsibilities.

Our scoring started with the coupe's excellent style. The style is busy if nothing else, but it works on the outside. Compared with earlier generations of the Civic, the new coupe's busy exterior pays off and it's a sleek exterior that has held up after a year on the market. We particularly like the rear haunches that sculpt the athletic shape for the coupe, and we don't mind the aggressively shaped roof that cuts into rear passengers' head room. (Honda says most Civic Coupes are scarcely occupied by more than one person.)

Inside, the Civic Coupe falls just short of delivering what the sheet metal promises on the outside, but the interior is certainly better than average. Perhaps most importantly, the new Civic Coupe rights what went wrong in older versions. Its dash materials and layout are a better fit this time around, and its 7.0-inch infotainment system on turbo models is sharp—even though it's lacking a physical volume knob.

Almost universally we embraced the Civic's new 1.5-liter turbo-4 as a new standard for future compacts. Its 174 horsepower and 162 pound-feet of twist (167 lb-ft with a manual) is bright enough to keep pace with older Si models, but still manages 35 mpg combined, according to the EPA. Initially offered with only a continuously variable transmission (CVT), Honda smartly rolled out a manual version this year that's better at keeping our attention. Even base 2.0-liter inline-4 models, which make 158 hp, don't feel underpowered.

On the road, we were even more impressed. The Civic Coupe's steering and handling are good, but its ride comfort on the highway helped solidify the coupe's position atop our list this year.

We'd be remiss not to mention the Civic coupes of yesteryear that, for some of us, were the muscle cars for our millennial generation. In many ways, the new Civic Coupe feels like a return to form for Honda: a lightweight, relatively inexpensive coupe that we'd be happy to live with. And there's more on the way for the Civic too: just think Type-R.