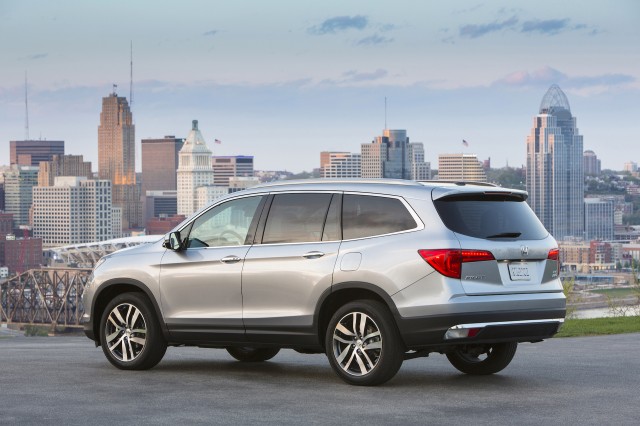 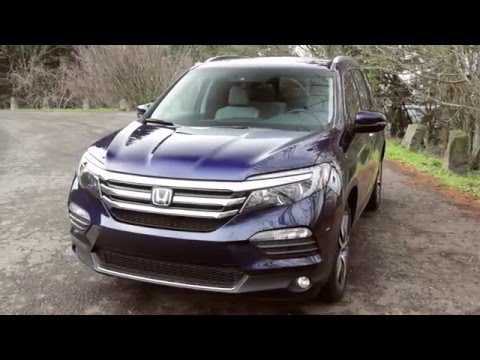 You won't have a minivan, something about the stigma of sliding side doors. A traditional off-road-rugged SUV? It's a bit much. Station wagons? Call you when they bring back the Roadmaster, you say?

Those vehicles represent the state of the art of family driving, over the past two generations. This generation is replacing them all, rather rapidly, with a fourth kind of vehicle, the crossover SUV. Carlike, tall-roofed, all-weather ready, crossover vehicles can handle almost all the tasks formerly handled by those ancestors.

This year--same as it was last year--our favorite crossover is the 2017 Honda Pilot.

We named the Pilot our Best Car To Buy 2016, and this year, it's risen to the top of the crossover rankings aided only by the addition of Apple CarPlay and Android Auto. It didn't need much of anything else, because as we've experienced in our ongoing long-term drive with one, the Pilot can handle just about any situation your family can throw at it.

Versatility is its strong suit. Inside the Pilot, three rows of seats have space for up to eight passengers. The front seats are just about ideally shaped, and with step-in height about an inch lower than before, the Pilot is an even better bet for smaller or older drivers. The middle row is adult-friendly, and for the first time, you can get a version with two captain’s chairs and a pass-through. The third-row seat is one of the few (outside of the Chrysler Pacifica) where adults will ride in comfort for more than a few minutes at a time.

The Pilot does all that with a reasonable bounce in its step, whether you couple its 280-hp V-6 to front- or all-wheel drive. It can tow up to 5,0000 pounds. A 6- or 9-speed automatic handles the shifting, and though we prefer the less complex unit, the 9-speed scores higher fuel economy ratings--and it's required on the upper trim levels where we think the Pilot comes into its own, in terms of standard and optional features.

MORE: Read our first drive of the Honda Pilot

All Pilots have the usual power features, Bluetooth, cruise and air. On higher trim levels, there are side-view cameras, blind-spot monitors, forward-collision warnings, lane-keep assist, leather, and DVD entertainment. At the $50,000 border, the Pilot looks like less a bargain compared to the excellent Acura MDX, as well it should: they share running gear, and Pilot Elite shoppers would be well advised to take a drive at an Acura showroom.

Whether you're comparing it to the Nissan Pathfinder, Chevy Traverse, Ford Explorer, or Toyota Highlander, the Pilot has at least one winning attribute to put the others aside. The third-row seat is much, much bigger than the Ford's; the powertrain's quieter and stronger than the Pathfinder; interior space and storage is better sorted than in the Chevy, and a softer ride tops the Toyota.

Maybe its most compelling attribute--other than satisfying all those family needs compiled over a couple of generations--is its safety record. The Pilot's five-star NHTSA and Top Safety Pick+ IIHS ratings make it among the safest vehicles on the road. To us, that's the key test of a family vehicle, and a key reason we keep the Pilot at the top of our crossover shopping list.